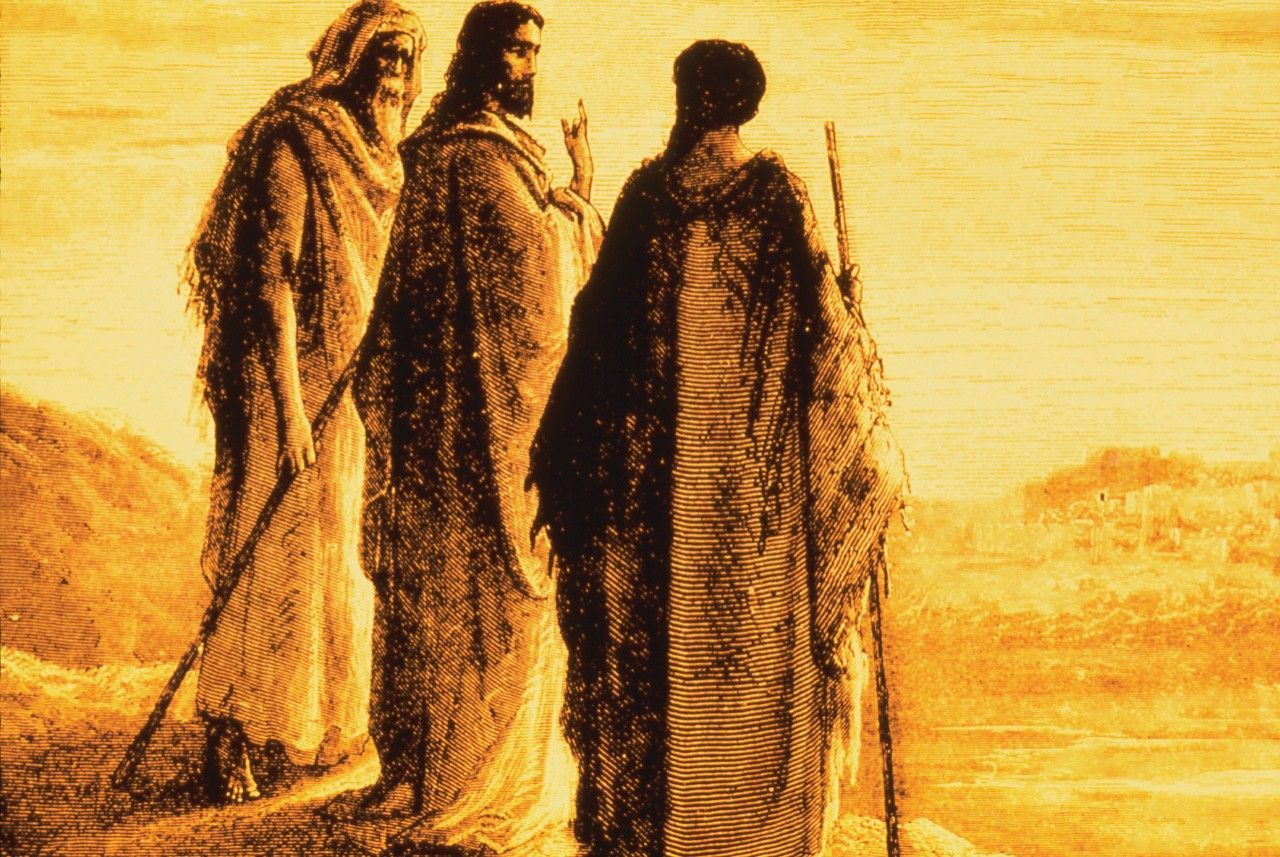 Dedicated and offered as a gift to a group of men bringing their light into an all-too-shadowy world.

For the ordination of newly ordained priests: Ajani Gibson (for the Archdiocese of New Orleans); and for the Midwest Province of the Society of Jesus: Thomas Bambrick; Jeffrey Dorr; Garrett Gundlach; Robert Karle; Aaron Malnick; Hung T. Nguyen; Trevor Rainwater; and Jeffrey Sullivan.

We knew it no longer mattered

away from the gushing women

our brothers who were no longer ashamed

If we walked twice the seven miles to home

Anything to exhaust the rage

before we were crushed

and as empty as he said he found the cave

Burning everywhere    our eyes   our throats

my skin was dry enough to peel

with the merest touch

What stoked this fire   was fear

Neither of us noticed

to see the stranger nearly upon us

His first words startled me

reawakening the rage that had

The confrontation took us both into a howling

Until he twisted us free

of the knots that had strangled us  these last

How could we be blind

could we not hear the voice that will now

into the memory of his mother

handing us bread so many nights

When he broke the bread

from the tomb where we had cowered

And now we can do

as he had done

and will always do

give that bread to all

(originally published on Sankofa Muse, the blog of Fr Joseph A. Brown, SJ)

Joseph A. Brown, SJ, Ph.D. is a native of East St. Louis, Illinois and a Catholic priest. He currently teaches Africana studies at SIU Carbondale. He presents frequently at the Lyke Conference and is the author of "Accidental Grace" (1986), "A Retreat with Thea Bowman and Bede Abram: Leaning on the Lord" (1997), "To Stand on the Rock: Meditations on Black Catholic Identity" (1996), "Sweet, Sweet Spirit: Prayer Services in the Black Catholic Tradition" (2006), and "The Sun Whispers, Wait: New and Collected Poems" (2009).