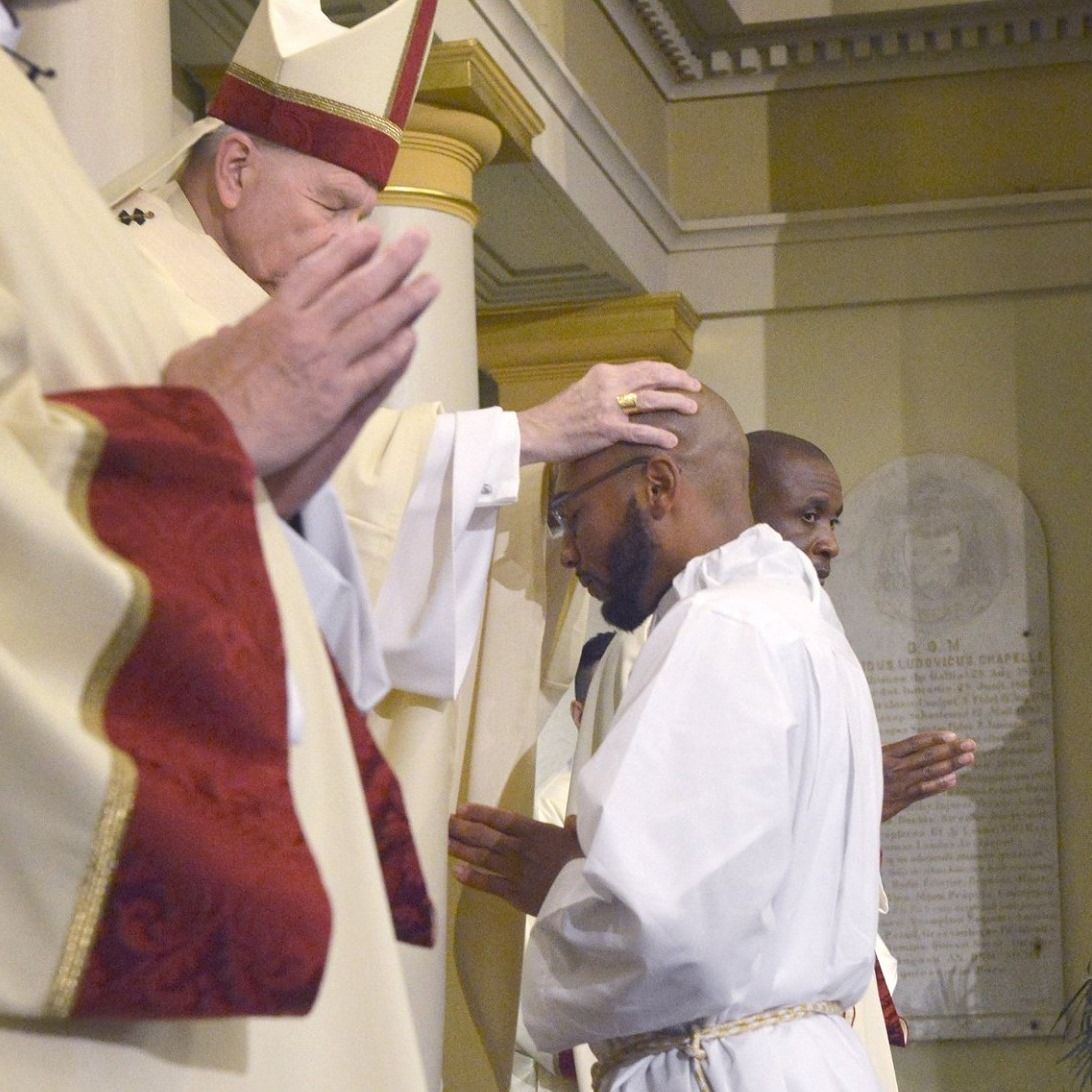 The nation’s next African-American priest now has a parish to (again) call home.

In a perhaps inevitable move, the Archdiocese of New Orleans has appointed the Dcn Ajani K. Gibson, currently a transitional deacon, as parochial vicar of historic St. Peter Claver Catholic Church, a Black parish in the city’s Tremé neighborhood.

Gibson, a New Orleans native who hails from St Peter Claver, has been outspoken in his love for the parish, and was featured last year in a diocesan vocations video that was filmed for the most part within the SPC walls.

One of about a dozen African-Americans in the National Black Catholic Seminarians Association (and currently its vice-secretary), Gibson was ordained to the diaconate on May 16th last year, and is scheduled for ordination to the priesthood on June 5th.

The St Peter Claver Church building has existed since 1852, and the parish under the current name since the early 20th century (when it was started by the Josephites). It was later an Edmundite parish (under the leadership of the famed Michael Jacques, SSE), and is now diocesan.

Their centennial was just last year, albeit interrupted by the ongoing COVID-19 pandemic.

Also ongoing is the parish’s struggle with an abuse allegation against their pastor, Fr. John Asare-Dankwah, who is currently on leave pending an investigation. The allegations were made public on January 27th.

Cheri is one of just a half-dozen Black bishops in the country, and one of two currently serving in a particular parish.

No other appointments were listed for St Peter Claver in Monday’s announcement, suggesting that the parish could soon have not one but two African-American priests—a rare occurrence even in the nation’s Blackest diocese.