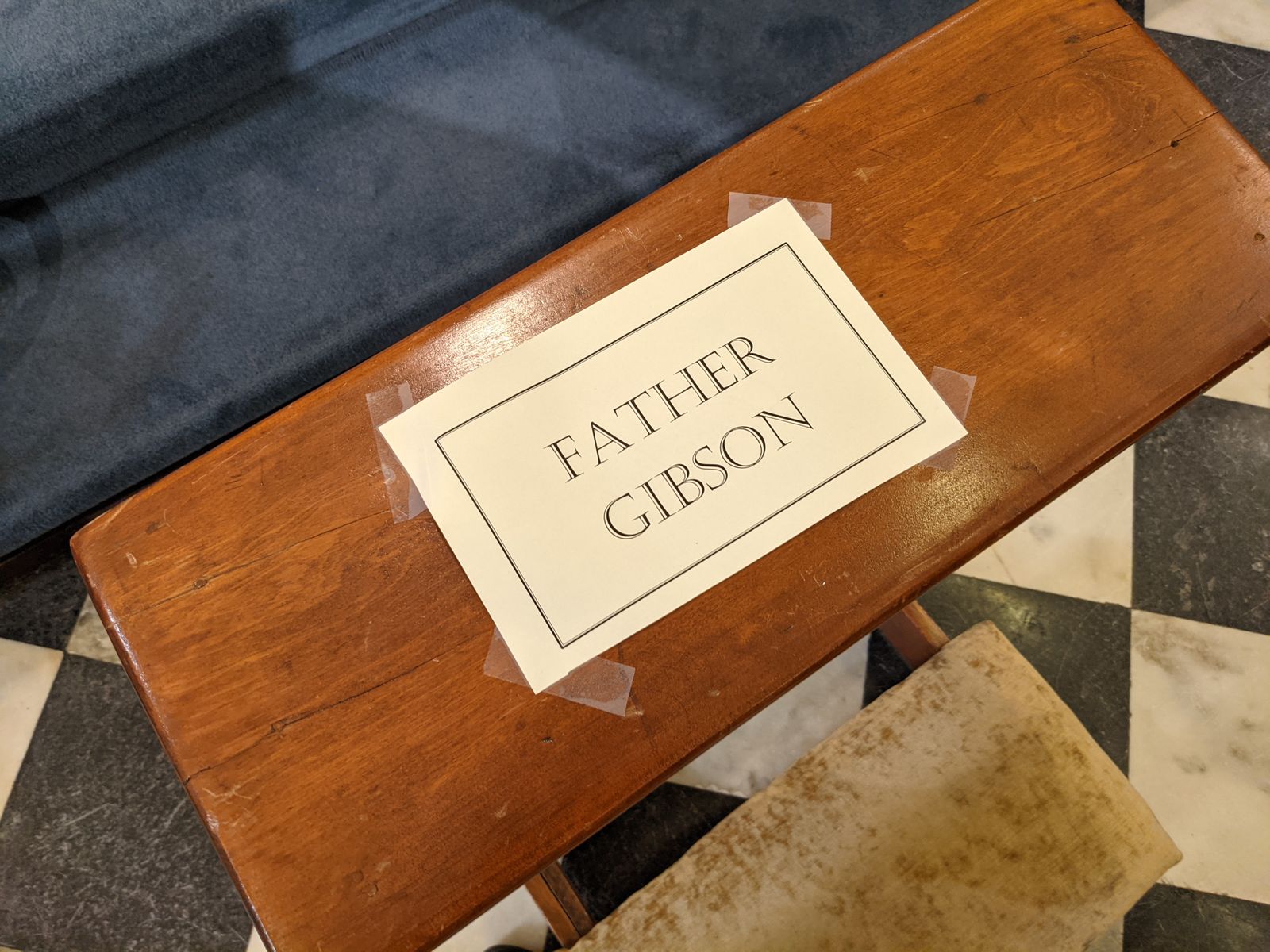 The legacy of Black Catholicism in New Orleans continues to bear fruit, as another native son of the Crescent City has become a priest.

Fr Ajani Gibson, the 27-year-old St. Augustine High grad known across the city—and nation—was ordained on June 5th before a packed crowd of onlookers. The ceremony was held at the 294-year-old St. Louis Cathedral, the oldest in North America.

His journey was not an easy one, and as was the case for every new priest worldwide, his diaconate year was spent in the throes of a global pandemic.

“Ajani started his journey at [age] two,” his mother Nicole told BCM after the Mass.

“The archbishop said five, but it was actually two.”

And following a brief foray into a secular career path—well, as secular as one can consider studies at the Catholic University of America—Gibson entered Notre Dame Seminary in New Orleans.

The rest was Black Catholic history.

A who’s-who of notable Black priests and bishops made the trek down for the event, including Bishop Joseph Perry of Chicago, Fr Josh Johnson of Baton Rouge, Fr Robert Boxie III of Washington DC, and Fr Manuel Williams, CR of Montgomery.

Gibson was vested on the altar by Fr Joseph A. Brown, SJ of the University of Southern Illinois.

Members of the Sisters of the Holy Family, founded by Venerable Henriette Delille, also witnessed the celebration, having made the trip across town from their motherhouse in New Orleans East.

Various post-Mass videos of a Second Line—featuring the new priest, his parents Nicole and Malcolm, and various onlookers in front of the cathedral in Jackson Square—made major waves on social media. (A repost on the “NewtralGroundz” Instagram account had notched close to 24,000 views as of June 10th.)

A post shared by The ♥️ of New Orleans (@newtralgroundz)

The ordination also made news across the country, with the Diocese of Brooklyn picking up on a video of a second Second Line following Gibson’s first Mass, held at St Peter Claver Church—Gibson’s home parish, and where he will serve as parochial vicar beginning July 1st.

That Mass brought out a nearly identical crowd, with SPC parishioners who had taken a bus to the ordination able to attend on more familiar terms. They were joined by the same crop of priests and bishops plus one, with Bishop Shelton Fabre from the Diocese of Houma-Thibodaux joining the altar crew.

The other vocalist, Fr Green—head of New Orleans’ Black Catholic ministry office—gave the homily, making sure to recount the shared history between Gibson and himself. (Gibson was previously his altar-server, and they are two most recently ordained St Aug grads.)

Now, as another young Black priest begins his sacerdotal journey, the people rejoice.