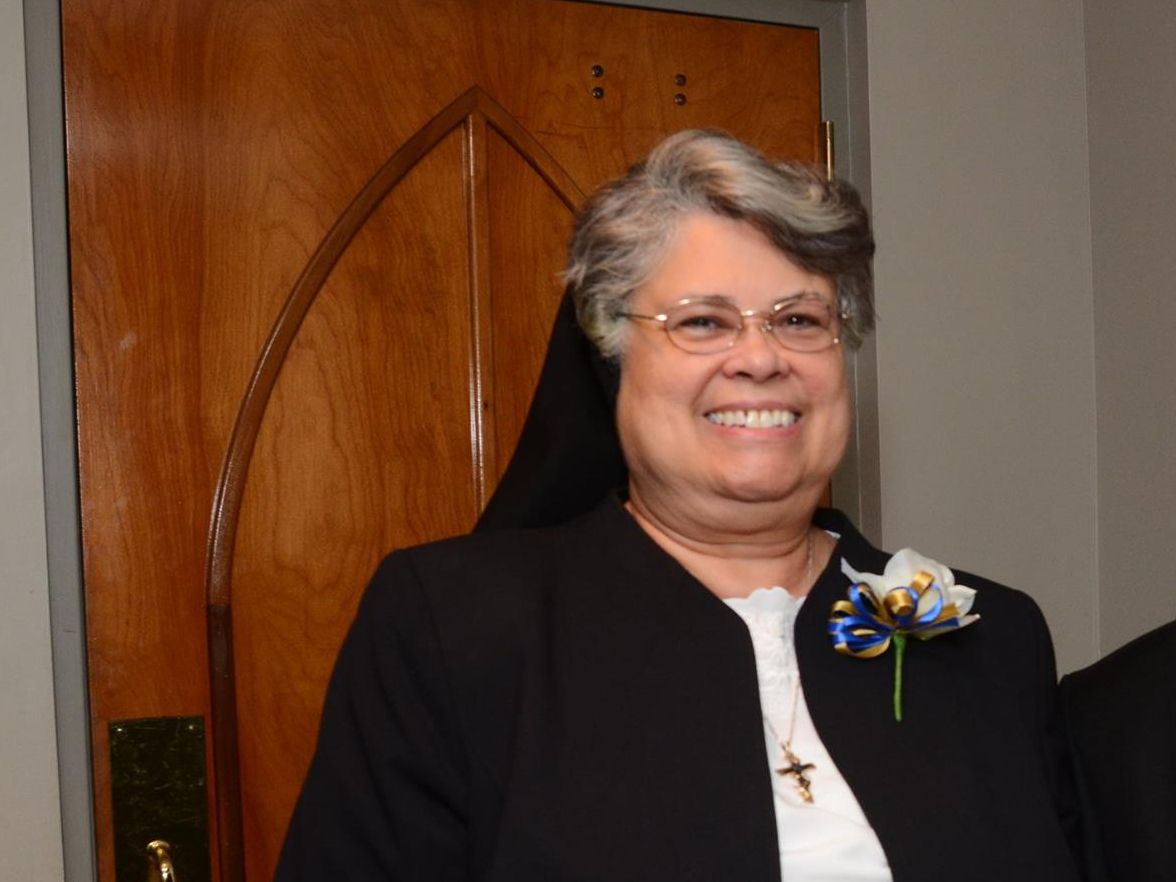 Sr Alicia Costa, SSF has been elected superior of the Sisters of the Holy Family, the 185-year-old order of Black sisters founded by Venerable Henriette DeLille has announced.

The new team, including Costa and seven others, was installed with a Mass on July 9th at the sisters’ motherhouse in New Orleans, celebrated by Archbishop Gregory Aymond. Their elections took place on June 25.

“We wish Sister Alicia much success as she begins this new chapter in her continued good work,” read an announcement from St. Mary’s Academy in New Orleans, the sisters’ flagship school.

“We pray God’s guidance and blessings on all that she does to elevate the mission of the Sisters of the Holy Family.”

The sisters will serve in their new positions for a four-year term from 2022 to 2026.

A 53-year member of the Holy Family Sisters, Costa entered the congregation in 1969 following her graduation from St. Mary’s Academy and her childhood at the St Raymond Catholic Church, a Josephite parish in New Orleans.

She has served in various roles throughout her ministry, including 24 years at her alma mater and as a professor of education at Seton Hill University and Xavier University of Louisiana. She is a graduate of Loyola University New Orleans, which the sisters helped desegregate in the late 1950s, and received her doctorate from the University of New Orleans in 2004.

Costa and her fellow Holy Family Sister Sylvia Thibodeaux delivered the 2022 Sr Mary Schmidt Lecture earlier this year at Seton Hill, presenting on the Sisters’ history and her own experience as an African-American woman religious at the school.

“At times I felt sympathy for the students, faculty, and staff who seemed to have had no experience of other races,” she said, speaking of her tenure there from 2004 to 2009.

“I came to realize that God had sent me for a special reason to awaken them.”

She also spoke of her ministry on the occasion of her golden jubilee in 2019, in a video interview with New Orleans’ archdiocesan newspaper at the regional Jubilarian Mass.

“God has been ever present along my life's journey,” she told the Clarion Herald in 2019.

“There were stumbles along the way where Jesus was there to catch and carry me.”

Among Costa's more unique ministerial works is a commitment to sustainable agriculture, including the organic garden she has managed on the roof of the sisters' motherhouse for years.

Costa has also been active in promoting the cause of the sisters' founder Venerable Henriette DeLille, opened in 1997 as the third-ever official canonization effort for an African American. DeLille was declared Venerable by Pope Benedict XVI in 2010.

The sisters themselves are the second-oldest order of Black nuns in the United States, having been founded to educate and house orphans and enslaved children.

“With His graces and the gifts of the Holy Spirit, may you lead the Holy Family Sisters towards God's good will and may we witness the canonization of the Venerable Henriette Delille,” said Deacon Mark and Ethel Marie Guidry, local promoters of DeLille's life and legacy, in a post congratulating Costa on her new role.