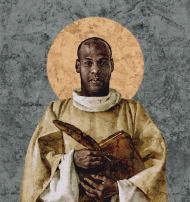 Opinion: The intertwined wisdom of Augustine, Plato, and King

Saint Augustine of Hippo, the 4th- and 5th-century bishop, philosopher, and theologian, converted to Christianity after a long and winding road through his early adulthood. Augustine's conversion was prodigious, as it marked the end of a successful Classical academic career and the start of a vocation that would culminate in his being named a Doctor of the Church.

Augustine, in his academic life, was a scholar of Plato, and in his religious scholarship, the influence of his earlier Neoplatonic work was widespread and significant. Augustine's scholastic and clerical work as a bishop took on a particularly sociopolitical tone as well, which makes him particularly interesting to think about today.

In one of his masterworks, The City of God, Augustine considers the relationship between the state and God. One example of this comes from his writing about pre-chattel slavery, which he saw as a manifestation of human sin in the face of God's providence, and for that reason something to be abolished in the Church and in society. For Augustine, the state—understood in light of the Gospel—should be designed in light of the Christian vision.

It is no wonder that Martin Luther King Jr. cited Augustine as a primary influence in his own philosophical and theological thinking. For King—pulling from Augustine and, in turn, from Plato—the purpose (and his demand) of the state is to uphold the dignity of man in the eyes of God:

“Human progress never rolls in on wheels of inevitability; it comes through the tireless efforts of men willing to be co-workers with God, and without this hard work, time itself becomes an ally of the forces of social stagnation. We must use time creatively, in the knowledge that the time is always ripe to do right. Now is the time to make real the promise of democracy and transform our pending national elegy into a creative psalm of brotherhood. Now is the time to lift our national policy from the quicksand of racial injustice to the solid rock of human dignity.”

King identifies racial injustice as part of the cosmological battle between good and evil that encompasses all human life, as the Church does in Gaudium et Spes (13), and that it is simultaneously collective and individual. For King as in Augustine, the religious and political are inseparable. And for Augustine and King, the Church cannot be inactive:

“In the midst of blatant injustices inflicted upon the Negro, I have watched white churchmen stand on the sideline and mouth pious irrelevancies and sanctimonious trivialities. In the midst of a mighty struggle to rid our nation of racial and economic injustice, I have heard many ministers say: "Those are social issues, with which the gospel has no real concern." And I have watched many churches commit themselves to a completely other-worldly religion which makes a strange, un-Biblical distinction between body and soul, between the sacred and the secular.”

If we seek to rise above philosophical trivialities and bind ourselves to the firm rock of dignity, we must remember the parable of the Good Samaritan. What shall we do to inherit eternal life? The priest and the Levite are not guaranteed passage, but rather the one who provides material support to the man who was robbed. If we want to achieve eternal life, as a Church, we must encounter the deep and radical wellspring of Catholic Social Teaching, the works of Augustine, and especially the writings of the real Martin Luther King, Jr.

Cory Frontin is a lay Catholic who hails from the Washington, DC area but is currently stranded in Boston.