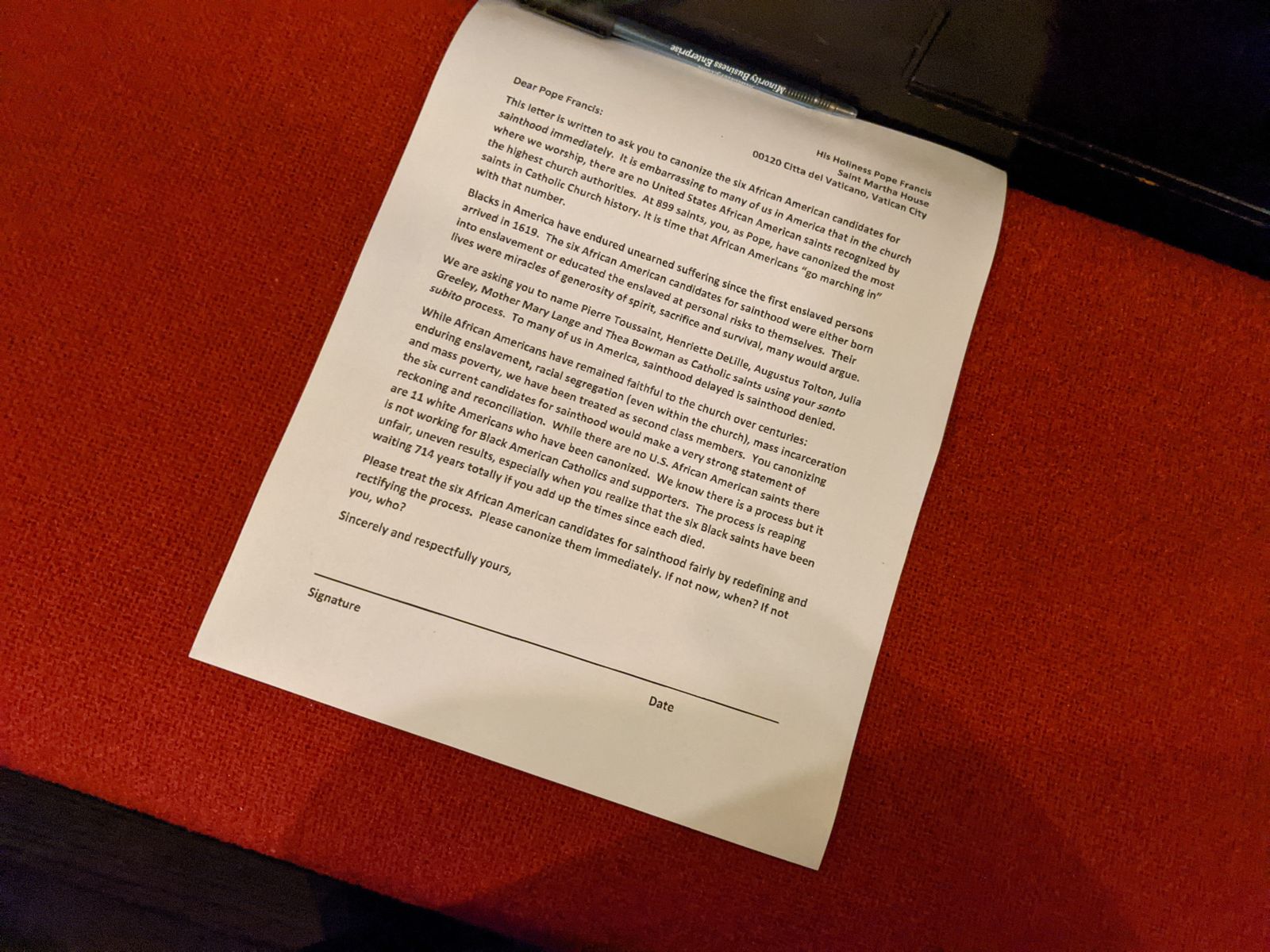 Hundreds of letters in support of the immediate canonization of the Catholic Church’s African-American sainthood candidates will be sent off to Rome this week, BCM has learned.

The news follows a flurry of national news coverage of the Baltimore-based initiative over the past month, and an outpouring of domestic and international support in the form of written correspondence to be included in the package to the Vatican.

“We expect to mail off a bundle of 700 letters on Tuesday,” said Ralph Moore Jr., a Black journalist and member of the organizing committee for the effort, centered at the Josephites’ St Ann Catholic Church and officially launched November 1st.

The goal is to have Pope Francis advance the causes of Venerables Augustus Tolton, Henriette DeLille, and Pierre Toussaint, as well as Servants of God Julia Greeley, Mary Lange, and Thea Bowman.

Taken altogether, their causes have waited 714 years and none have yet reached beatification—the stage usually accompanied by the opening of a public shrine and more widespread veneration, especially in the locale(s) associated with the venerated person in question.

There are not yet any beatified or canonized African-Americans, and the extended delay has been a source of consternation for years among many African-American Catholics.

As such, the new letter-writing campaign has occasioned coverage from Baltimore’s secular and Catholic media, as well as the likes of the Washington Post and Wall Street Journal.

The initiative also reached the ears of the bishops during their annual meeting last month, when Auxiliary Bishop John Dolan of San Diego mentioned it and encouraged his fellow prelates to pray for and promote the six causes it concerns.

The Buffalo Diocese has also gotten involved, with their Black Catholic ministry expressing explicit support for the campaign in a prayer service last month, part of a series on the venerated African-American that began during the summer.

“We hope to re-join with members of the Archdiocese of Baltimore so that they can give us a report on the letter-writing campaign to the pope,” said Althea Porter, a member of the diocesan commission organizing the webinars.

Back in Baltimore, members of St Ann, alongside their sister parishes of St Francis Xavier and St Wenceslaus, have recruited support from other churches in the area and have also brought the petition online, reaching more than 460 signatures as of the time of this writing.

In addition, Moore says the first batch of letters is just the beginning.