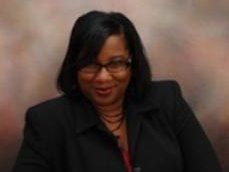 The Diocese of Beaumont in Texas has named Dr. Felicia Kane Nichols as its new Superintendent of Catholic Schools, making her one of the few African Americans in the country to hold such a position.

The news came via a Facebook post on Friday afternoon, detailing that the current superintendent, Marcia Stevens, is retiring after roughly a decade at the post.

“As a servant-leader, Dr. Nichols is passionate about sharing her knowledge and experiences with an emphasis on faith formation, community service and academic excellence,” the diocese said in the statement.

Nichols comes to Beaumont, a diocese that was ~6% Black as of 2018, from the Archdiocese of Galveston-Houston, where she has served as a school principal since 2016—most recently at St Pius V in Pasadena, Texas.

She had previously been employed in the local public schools for nearly 20 years.

A graduate of the University of Houston and Lamar University, she received a Ph.D in Organizational Leadership from San Antonio’s Our Lady of the Lake University in 2018 (which she began while still employed in the Galena Park school district).

She is also a former Vice Grand Lady of the Ladies Auxiliary of the Knights of Peter Claver, having served in the position at St Peter Claver Catholic Church in Houston, where she was also a religious ed teacher. She also served in the latter role at her current parish, St Mary Magdalene in Humble

She will start in her new position on June 7th, and has said she is “both humbled and honored to serve the learning communities in the Diocese of Beaumont.”