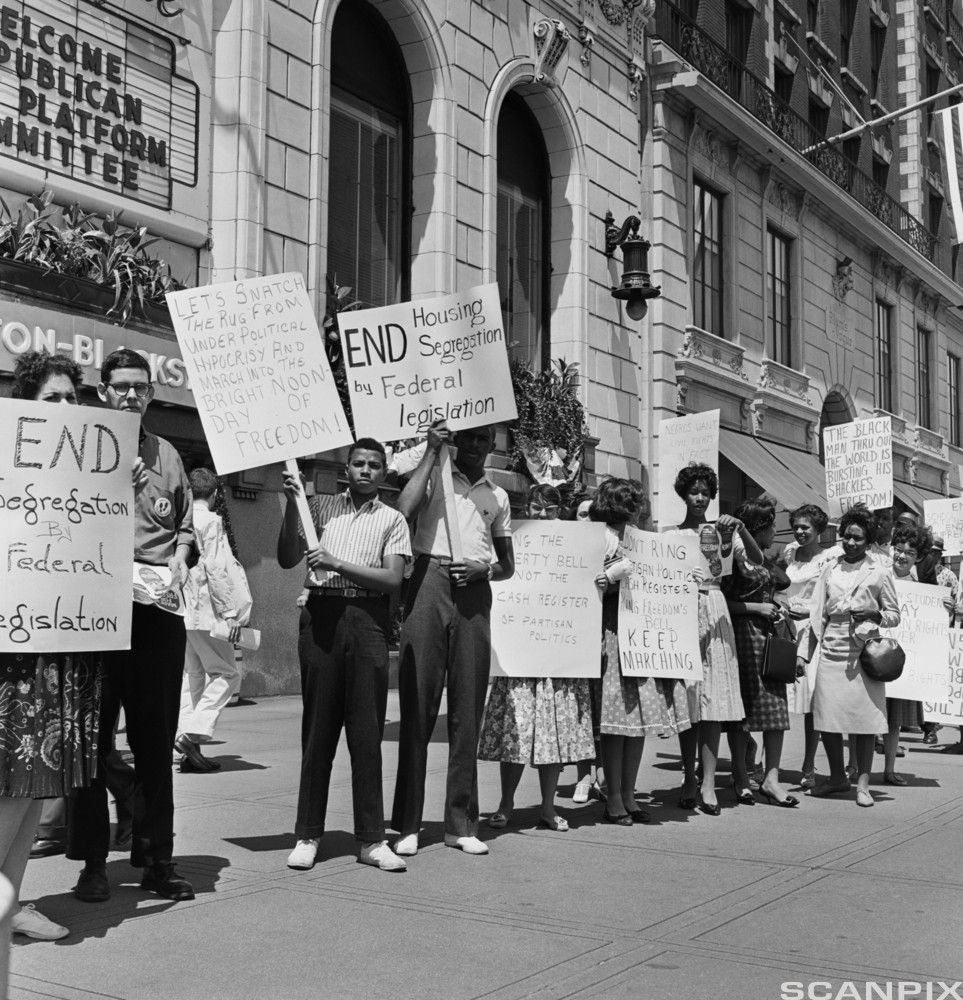 'Beloved Community': the Civilization of Love in Lewis, King, and Rome

The death of Rep. John Lewis came at the beginning and end of an era.

This Civil Rights era statesman struck the American population as a vestige of a much more congenial time – a time of high-minded ideals and calls to fidelity to an American promise hidden deep within the heart of the nation, like a pearl within a clamped shell. If only we could pry open the lips and extract this pressurized dream from the depths, we would have the solution. Men like John Lewis seemed to harken to this mystical truth as if it were present in their pocket.

The death of George Floyd came at the beginning and end of an era.

For many Americans, this mystical essence of America that men like John Lewis seemed to know with such acuity had been killed by asphyxiation. At the same time, globally, in the recesses of the human body, a novel coronavirus virus was asphyxiating the world. It had been, for months, as if no one could breathe.

But perhaps it has been longer without fresh air. A 2019 Gallup poll found that 68% of polled adults said that they are not proud of the American political system, a new low1. Another poll, done by Pew in 2019, found that 60% of polled believe that America will be less important on the world stage, 65% believe the country will become more divided, and 79% believe that the standard of living for American families will remain the same or get worse by 2050.

A lot has happened since 2019. A hopeful, optimistic vision of the future of the American project is draining out of the minds of Americans more swiftly by the day. Positive views of racial relations are also at a disturbing low with 7 out of ten Americans believing that they are getting worse (again, in 2019).

In one of the most pluralistic, multicultural, and wealthy societies in the history of human civilization, what is happening? What can be done to renew optimism in the value of that mystical truth touched upon by civil rights luminaries like Lewis? In the words of Rev. Dr. Martin Luther King Jr: “Where do we go from here? Chaos or community?”

In the book Grand New Party, New York Times writer Ross Douthat notes that “the central American truth is that there’s no way to cleanly separate politics from culture, or to separate either one from economics” (p. 21).

A renewed civic life in the United States is not simply or primarily a political and economic project, but a cultural one as well. “Where there is no vision, the people perish,” speaketh the king. What is the harmonizing, unifying vision of the United States that allows for a common ground from which to approach community-building?

Through the life of Lewis, we may find a way forward.

In speeches, exhortations, and actions by Lewis, there was no more referenced concept than that of the “Beloved Community.” This, the overarching framework of the Civil Rights Movement, actually finds the nascent seed of it’s vision in the philosophy of Josiah Royce, an American idealist.

Kipton Jensen writes in an article entitled “The Growing Edges of Beloved Community: From Royce to Thurman and King” that Royce saw personal identity itself as “comprised of the interwoven and contested if not occasionally divided loyalties to which we are genuinely committed” (p. 243).

To those with the eyes to see, this may immediately bring to mind the oft-mentioned concept of intersectionality. However, rather than being driven by immutable characteristics or ascriptive identity, Royce’s interwoven loyalties are driven by loves.

Royce is quoted as stating that “all the various and conflicting goals of action can be reduced” to an ultimate goal that amounts to “self-surrender of each conscious moment to the great whole of life” (p. 243).

This teleological vision of the Beloved Community as “the principal of all principals” for Royce is a community of common love and loyalty to, above all, truth and reality. This community could indeed also be seen as reminiscent of the concept of Plato in the Republic that, according to Robert Mayhew of Seton Hall University, “nearly every citizen in the best city of the Republic… will actually feel close familial friendship or affection towards one another” (p. 1).

Understanding the foundations of the Beloved Community in some of the philosophical seeds planted by Royce provides an important background, but the story of the Beloved Community’s development into an authentically novel interpretation of the American project did not come into it’s full flowering until Rev. Dr. Martin Luther King Jr.’s speeches such as “I’ve Been to the Mountaintop” and “I Have a Dream,” alongside writings like “Letter from Birmingham Jail”.

In these, King details a thoroughly religious socio-political understanding of the American Dream. This dream, understood in the light of the Beloved Community, is not simply a white picket fence and acreage for all, but is in some respects the fulfillment of Western philosophy’s highest ideals, all the way from the time of Plato to Christ’s law of love in the 1st century.

Intrinsic to the Lewisian and Kingian conception of the Beloved Community as metanarrative was an explicit personalist influence. King mentions in his essay My Pilgrimage to Nonviolence that “personalism remains today my basic philosophical position” 7.

In that document, King critiques liberalism itself as wholly insufficient to understand the human person, and reveals that his doctoral studies were deeply steeped in the Bostonian personalist tradition. Much is made of the Civil Rights Movement as a liberal movement, but, for King, the Civil Rights Movement was more of a rebuke of liberalism—as it had been lived in American society—than an addendum to it.

What is so interesting about this reality is that what was arguably the most important American social movement of the past 70 years was fundamentally a religious personalist one.

Even more interestingly, this uniquely American conception of a religious Beloved Community—a foundational framework that could successfully combat both anthropologically deficient liberalism and similarly deficient Marxist trends (King wrote of Communism as robbing “man of that quality which makes him man,’ that is, being a ‘child of God’’)—would be, just a short time after the assassination of Dr. King, expressed in a new way for the entire Western world through Pope St. Paul VI on Pentecost 1970.

Independently from the context that gave rise to King, Lewis, and the Civil Rights Movement, Pope St. Paul VI expressed a belief, after the Second Vatican Council, that Pentecost gave rise to “a new sociology” ushering in a “civilization of love” which gives humanity the ability to “resolutely rise above all divisions and conflicts between humans”. After this decisive proclamation, the concept of a civilization of love is developed under every successive papacy, with perhaps most influential being that of Pope St. John Paul II.

This very public pope not only wrote eloquently on the necessity of re-founding the West on an authentic and dynamic societal love, but actively traveled throughout the world in demonstration of the call of this new era.

Just as King had ideologically fought back against nationalism, ethnocentrism, secular liberalism, and Marxism on a national scale, so did John Paul throughout the Western world and beyond. This framework of the “civilization of love” was the new narrative of the Western conscience: a promised land.

Pope St. John Paul II, like King, was heavily influenced by a personalism through which he interacted with the broader Western canon—most particularly Thomas Aquinas.

Indeed, in 1961, around 6 years after King earned his PhD under the tutelage of Boston personalists at BU, the then Karol Wojtyla first presented his paper entitled “Thomistic Personalism” at the Fourth Annual Philosophy Week at the Catholic University of Lublin. In it, he attempted to reconcile Thomism with the compelling reality of the subjective experience of human persons as elucidated through personalism.

Throughout his papacy, John Paul II would further expound upon the interconnectedness of personalism, the civilization of love, and it’s critical importance as a framework for the West, suffering under individualism and materialism. In his Letter to Families, he wrote:

“...we also come upon the antithesis between individualism and personalism. Love, the civilization of love, is bound up with personalism. Why with personalism? And why does individualism threaten the civilization of love? We find a key to answering this in the council’s expression, a “sincere gift.” Individualism presupposes a use of freedom in which the subject does what he wants, in which he himself is the one to “establish the truth” of whatever he finds pleasing or useful. He does not tolerate the fact that someone else “wants” or demands something from him in the name of an objective truth.”

In a surprising way, many of the same principles undergirding the Civil Rights Movement of King, John Lewis, and the many others also undergird what has become perhaps the preeminent framework for the Western Church as whole. The conclusion of the Compendium of the Social Doctrine of the Church entitled “For a Civilization of Love” begins with the line “in modern society, people are increasingly experiencing a new need for meaning”.

As Americans search for a new harmonizing narrative in the wake of unprecedented social unrest and division, we must take solace in the reality that we have already seen what must come next in the lives of men like John Lewis and John Paul: a Beloved Community, a civilization of love.

Louis Damani Jones is a graduate student at Washington University in St. Louis and co-host of the Living Communion podcast. He is the recipient of the 2020 Cardinal Bernardin New Leadership Award from the USCCB.