The official Black History Month statement from the editorial board of Black Catholic Messenger.

In “The Cross and the Lynching Tree”, James Cone wrote the following:

“African-Americans did not have to see black bodies swinging on southern trees or personally experience mob violence to know that they daily risked death. ‘I had never in my life been abused by whites,’ wrote Richard Wright in Black Boy… ‘but I had already become as conditioned to their existence as though I had been the victim of a thousand lynchings.’”

Nothing has changed. The fear of undue violence continues to touch the lives of African-Americans throughout the country. Despite pledges of reform, the police continue to use methods known to result in the murder of Black people, and predominantly low-income African-American communities continue to be plagued with gun violence.

This month’s murder of Amir Locke—who had no criminal history and was not listed on any search warrant when police stormed the apartment where he was sleeping and shot him dead within nine seconds—demonstrates that no substantive policy changes have been made to policing either on the local or federal level since the murder of George Floyd.

Even so, brave souls are marching in Minneapolis, including students who have walked out of classes in protest. Many of these activists are calling on God to grant Black people justice and an end to racist policing—despite claims from high-powered Catholic leaders that such protest movements are godless.

We stand with all those demanding justice in the killing of Locke, and demanding that we finally see real change. We pray that other Catholics will join us.

The Confiteor we pray at Mass reminds us that we are culpable not only for our thoughts and words, but for what we “have done” and what we “have failed to do”. And so, with that conviction, we must not fail to speak out.

As Martin Luther King Jr. explained, “Our lives begin to end the day we become silent about things that matter.”

Multiple high-ranking US Catholic clergy have recently said that the social movement in response to the murder of Floyd is a threat to the Church and the social fabric of our nation. As such, the silence of the Church now, in the face of the murder of Amir Locke, communicates something sinister: that calls for racial justice—in particular, redress for the murder of Black people—are better silenced than amplified.

We see the message reinforced time and again that it is better for racism to go unaddressed than for the Church to lose any cultural influence by challenging White Supremacy.

The late Rabbi Joachim Prinz called out this kind of silence in his speech at the 1963 March on Washington:

“When I was the rabbi of the Jewish community in Berlin under the Hitler regime, I learned many things. The most important thing that I learned under those tragic circumstances was that bigotry and hatred are not 'the most urgent problem.’ The most urgent, the most disgraceful, the most shameful and the most tragic problem is silence.”

But rather than encouraging people to speak out, the American system has been finding new ways to silence those protesting injustice. For the last two years, legal repression of the social-justice movement has been relentless—from the use of undercover police officers and unmarked vans to snatch people off the streets, to laws making it easier to run protestors over.

Combined with a legal system that supports civilians shooting protesters in “self-defense”, it’s no surprise that protests against Amir Locke’s murder have been muted—especially in places like Wisconsin.

Moreover, clergy with national ministries have failed to speak out. They seem more concerned with (White) America “losing its story” than with supporting those in the streets protesting police brutality and racism.

Reactionaries, including members of the clergy, have also blamed the modern racial justice movement (spearheaded by Black Lives Matter) for the increase of crime experienced since 2020. However, the majority of Americans—even those worried about increased crime—do not believe punitive measures alone will make the country safer. 75% of people polled in 2021 said increasing funding for economic opportunities in poor communities would reduce crime; 65% supported using social workers to help police defuse volatile situations involving people “having emotional problems”.

There’s no disputing the fact that crime rose in 2020,. However, we must resist an overemphasis on crime and the knee-jerk reaction that more funding for police is the solution. A 2020 Pew study showed that:

As Catholics, we are to believe in the sanctity of all human life. Therefore, we must look holistically at all social problems and be led by the Holy Spirit to do what’s in our power to advocate for those in need. It’s not about “defunding the police.” It’s about distributing resources evenly so that communities can fund mental health treatment, substance abuse programs, community violence prevention, well-funded schools, and economic advancement—not just policing.

Shortly after Locke’s murder, California’s Department of Fair Employment and Housing filed a complaint against Tesla—a company owned by the richest man in the world— on behalf of thousands of Black workers who say the company maintained a racist work environment.

The lawsuit alleges that every day, Black workers heard Tesla workers, leads, supervisors, and managers say racial slurs like “n-word, porch monkey, boy, and hood rats.” In addition to the verbal abuse, “swastikas, ‘KKK’, the n-word, and other racist writing are etched onto walls of restrooms, restroom stalls, lunch tables, and even factory machinery”.

Black workers were also said to be segregated into an area referred to as “the plantation”, and the company allegedly assigned Black workers the most physically demanding roles, all while not hiring Black people for executive roles.

The litigation’s relatively low media coverage put into stark relief what this country views as an important issue. Nevertheless, White Supremacy and anti-Black racism are clearly still rampant and profitable in America. These facts also raise serious questions about whether the new green economy—said to be the future of the US —will include Black people at all.

In the media industry, Spotify—a Swedish company with headquarters in New York—recently paid Joe Rogan $100 million dollars for the exclusive rights to stream his podcast, “The Joe Rogan Experience”. This, despite his extensive public use of the n-word and his reference to Black people as “apes.”

Upon the media furor concerning his hateful rhetoric, many White Catholics came to his defense, including the governor of Florida, Ron DeSantis.

Following Spotify’s removal of over a hundred JRE episodes, Dr. Jordan Peterson—a favorite of “wokeism” opponent Bishop Robert Barron and his Word on Fire ministry—publicly asked for access to the offending episodes in order to put them on his own YouTube channel.

Neither Barron nor Word on Fire have issued a statement distancing themselves from Peterson or Rogan. In fact, they are still promoting (and selling) a book that attempts to evangelize by way of Peterson’s lectures on the Bible.

In the educational realm, since the start of Black History Month, nearly twenty historically Black colleges and universities were the recipients of bomb threats, including the only Catholic HBCU in the country, Xavier University of Louisiana.

In a roundtable discussing the threats, Lecia Brooks, chief of staff for the Southern Poverty Law Center stated:

The threats, which are yet to be solved, were racist in nature and have real-world consequences of causing intimidation, fear, and disruption for the students and faculty at the colleges. Yet, similar to the suicide and drug overdose deaths, these bomb threats are largely ignored by the media that is focused on creating hysteria concerning “crime”.

Indeed, despite these recent reminders of the ongoing struggle of Black people within and outside the Church, these serious issues have been met with an undue silence this Black History Month.

Whether it is the sex abuse crisis or the White Supremacy crisis, at what point will it be recognized that cover-ups and silence hurt the Church far more than honestly confronting and addressing evil?

As Black Catholics, we will continue to raise awareness about issues facing our community and advocate for justice. Propelled by the Gospel message found in Luke 4:18, inspired by the Holy Spirit, and guided by Catholic Social Teaching, we must strive for social change in this country and equity for all people of African descent. 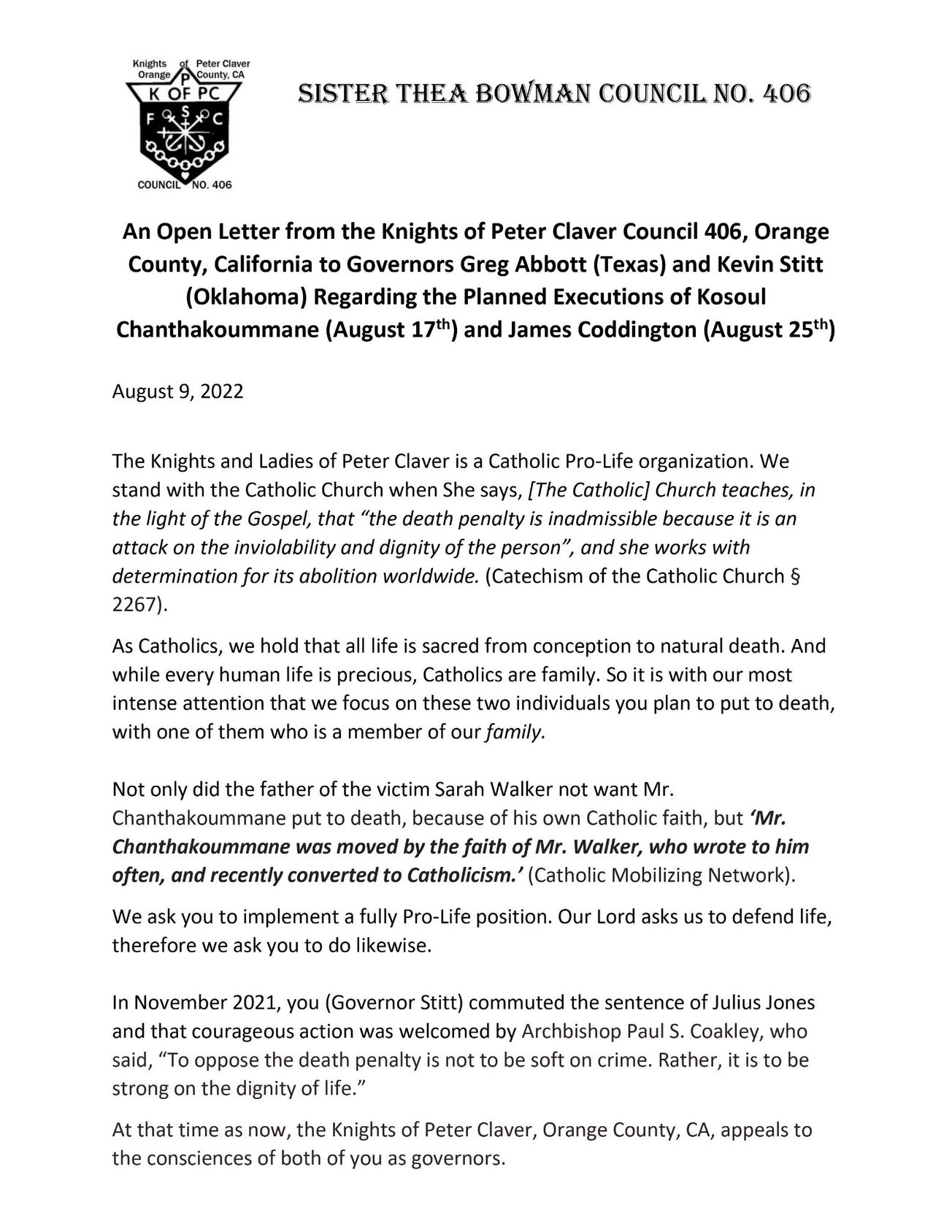 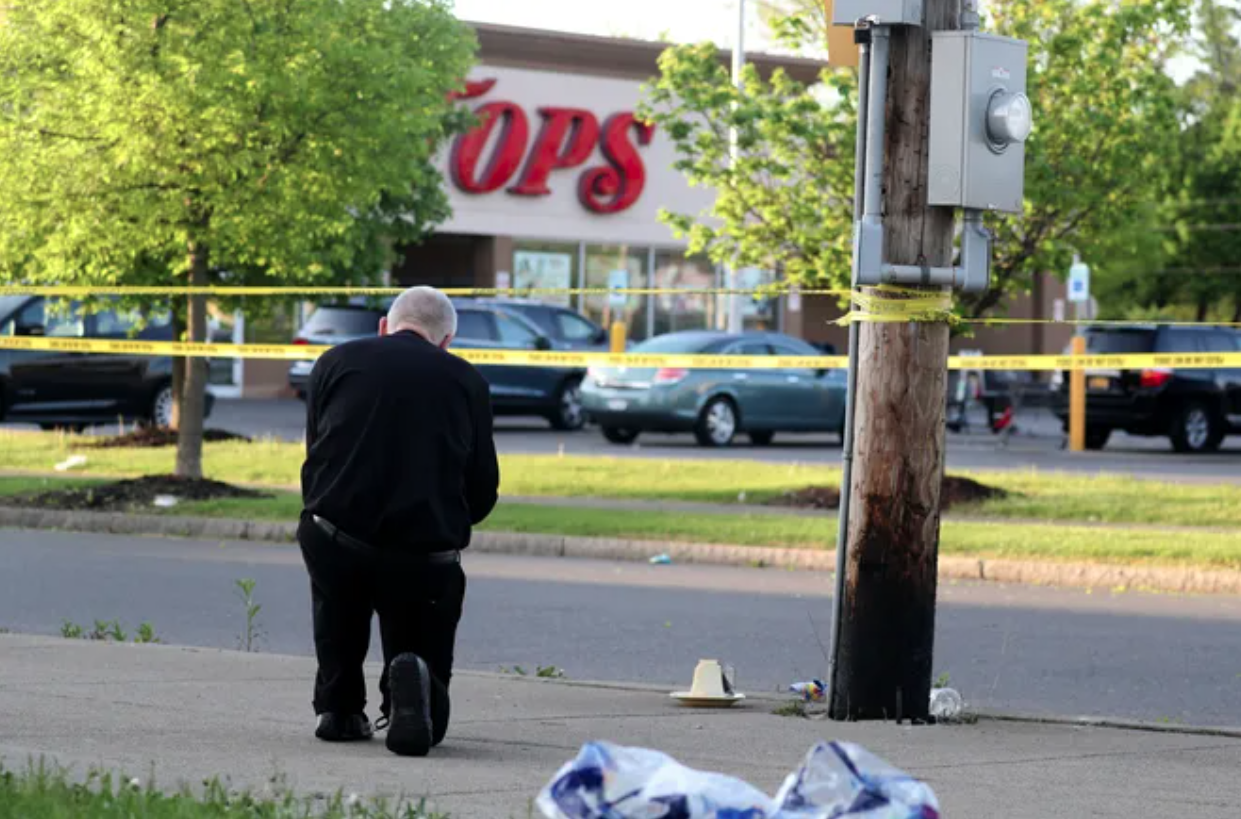