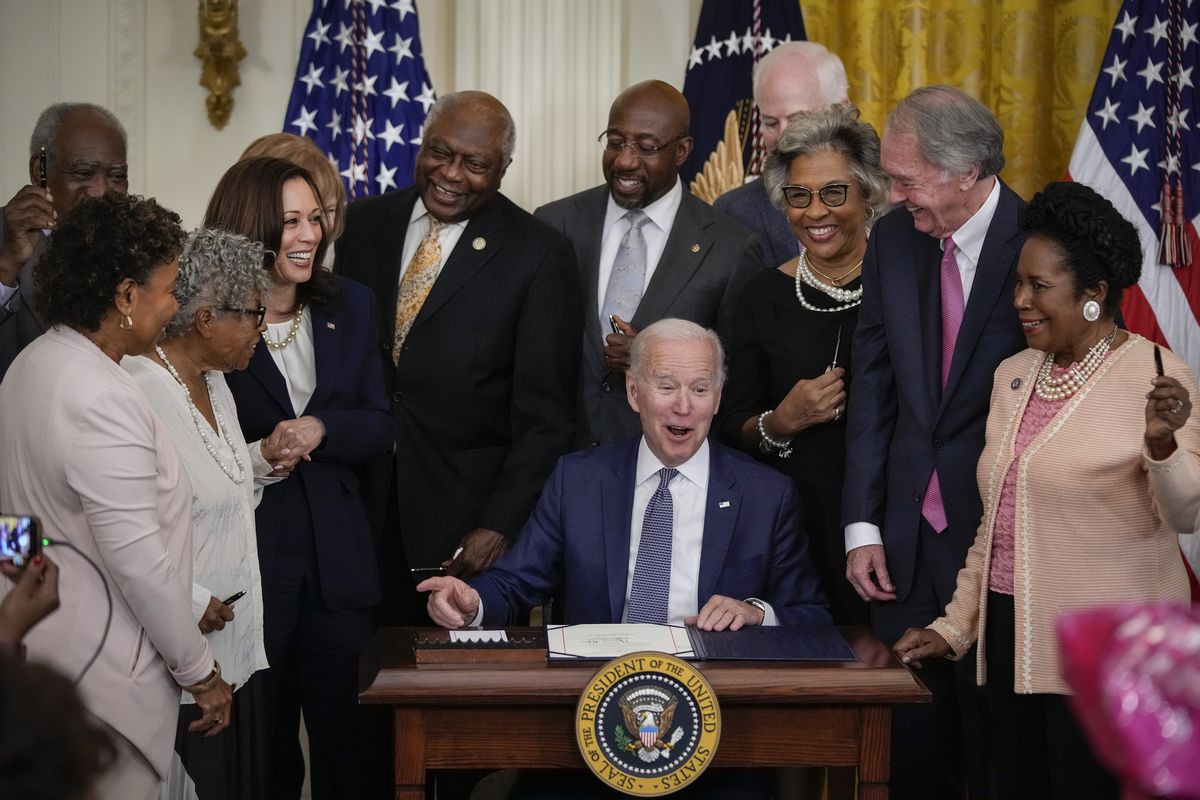 Until last week, President Biden had been careful.

He operated with notable tact: agree with the Church’s teaching on the beginning of life, but don’t push for policies that reflect the Church’s preferred abortion policy. To boil it down: Biden was personally opposed, but unwilling to “impose” that belief in a democracy where a substantial percentage of citizens disagreed.

This tension apparently reached a high point during the presidential election, when Biden professed active support for federal funding of abortions and legislation to guarantee a federal right to abortion. Despite this increased support for pro-abortion policies, Biden had not stated that he disagreed with Church teaching on the matter.

This past Friday, however, when questioned on the new anti-abortion law in Texas, he said: “I respect those who believe life begins at the moment of conception and all, I respect that—I don’t agree, but I respect that.”

With that, it looks like the tension has broken, and not in a good way.

While the primary and most direct concern is that Biden himself has openly declared his opposition to Church teaching and right reason, there is an additional negative side effect: emboldening the radical elements in the Church that have been using him as an excuse to avoid grappling with misogyny and racism in the pro-life movement.

During the height of the Black Lives Matter protests, high-profile pro-life Catholics and activists combined their voices to tear down the Black community and place the blame of disparate outcomes on us. Coupled with that messaging was a growing hostility to Biden—treating him as a uniquely harmful Catholic witness.

This rhetoric presented significant problems, especially to Black Catholics. Sadly, this kind of effectively anti-life witness from White American Catholics is not new.

The anti-life witness of racism within the Church reached the highest levels of the hierarchy at certain points in Church history, and politics were involved since the beginning.

Take, for example, Bishop John Carroll of Baltimore—the first bishop in the United States—who enslaved up to 100 Black people, or his cousin Charles Carroll: the richest man in the colonies, the only Catholic signer of the Declaration of Independence, and a slavemaster of over 1,100.

We can even look at Joe Biden’s own career as a supporter of segregation, mass incarceration, and dehumanizing language with respect to young Black men. He has also been heavily involved with usury—which the Catechism lists as a crime against life and a violation of the Fifth Commandment.

It goes without saying that Biden’s policies have disproportionately harmed African Americans. As it is, however, attacking life—particularly Black life—in America has always been good business. And tragically, Catholics have been quite good at cashing in.

That Biden has clearly stated an understanding of human life contrary to Church teaching must not go without comment. But the fact that many think public Catholic witness has just now crossed some threshold of unacceptability says something more about the Church than it does about him.

Ultimately, the greatest credibility challenge facing the Church is not its response to Biden’s latest compromise on Church teaching, but how it responds to its own credibility crisis. This crisis is not abated but rather exacerbated by those who have only now found a desire to speak out for human life—while refusing to condemn centuries of racism within the Church, refusing to stand with us to oppose it now, and using the abortion issue to justify and promote racism today.

Political victories purchased through the suppression and oppression of African Americans—through over-policing, over-incarceration, gerrymandering, voting restrictions, systemic diminishment of Black lives, and attacks on the equality of women—have been and will always be Pyrrhic.

Indeed, St John the Apostle warns the faithful in his first letter that no one can say they love a God they cannot see if they do not love the brother and sister they can see.

In a similar way, the Church’s credibility will continue to be in crisis, if it allows as “pro-life” witness a politics that professes to love a child it cannot see, while attacking them after they are born, alongside their families and mothers, whom they can see.

Gunnar Gundersen is an attorney in Newport Beach, CA. He serves in his parish council and choir, is a published essayist, and regularly lectures on natural law and the American Founding. He is also the first Ordinariate member of the Knights of Peter Claver. Follow him on Twitter at @GBGundersen