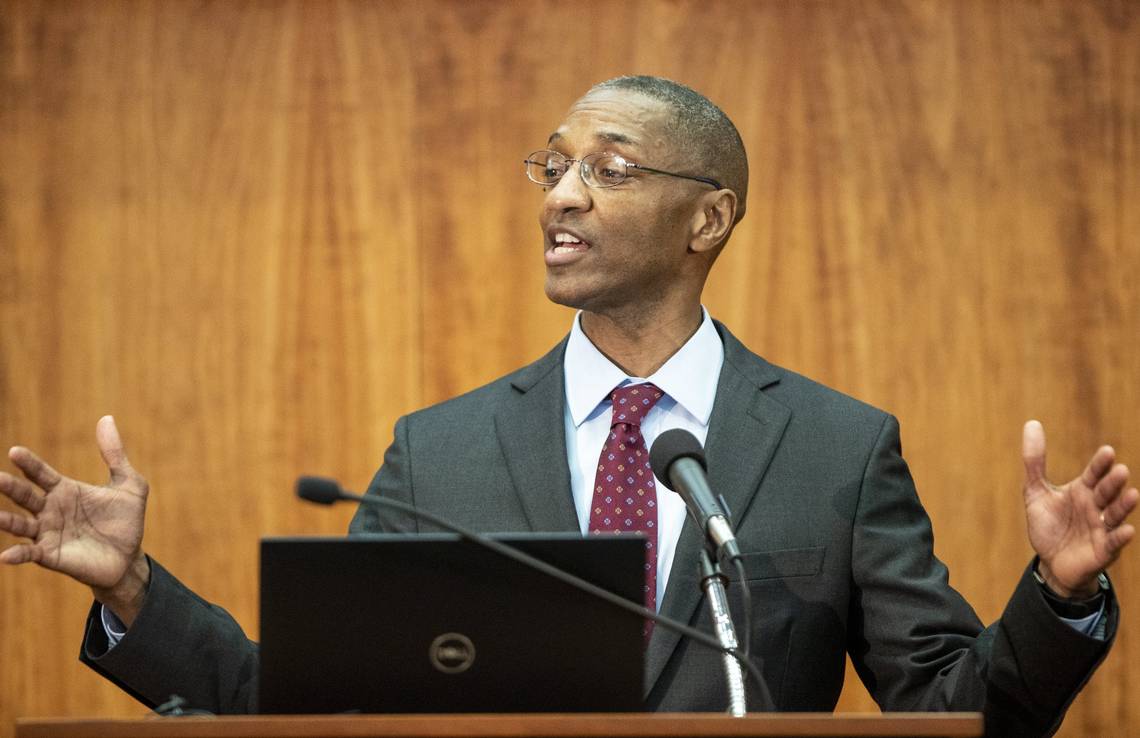 “We set about to find a great leader, and we found one,” said LSU Board Chair Robert Dampf in a statement released Thursday night.

The news comes hot on the heels of the state unveiling its initial Civil Rights Trail markers, the first of which concerned a Black Catholic-owned restaurant frequented by Movement leaders such as A. P. Tureaud and Ernest “Dutch” Morial (who were themselves Black Catholics).

Tureaud never graduated from the school, however, as White Supremacists there drove him away shortly after his entry. He eventually matriculated to XULA.

Now his story comes full-circle in the school’s hiring of Tate—a fellow Black Catholic—less than 70 years after it first (and partially) opened its undergraduate doors to African-Americans.

Tate, a social scientist by trade with degrees in economics, math, and epidemiology, had no connection to Louisiana before his candidacy for the presidency, having grown up in Chicago in a Great Migration family from Mississippi.

He first heard about the LSU job during a dinner in Baton Rouge where he sat next to Dampf, who later recommended Tate to the search committee. The process went smoothly from there.

(His address in the finalists’ forum was broadcast live on Facebook Tuesday evening.)

Currently provost of the University of South Carolina, Tate comes to LSU in a time of virtually unprecedented turmoil, as a sexual misconduct scandal continues to roil the school—and others—in controversy.

The school has been under interim president Tom Galligan since December 2019, when he was appointed to succeed Dr. F. King Alexander after his departure for the presidency of Oregon State. (Alexander was forced to resign from OSU in March, following the revelation of his role in the LSU scandal.)

Now picking up the pieces, the Tigers have opted to go where no SEC school has gone before, bringing in an African-American to head a university system in the Deep South.

As seems to be the case more and more often these days, a Black Catholic simply rose to the top.