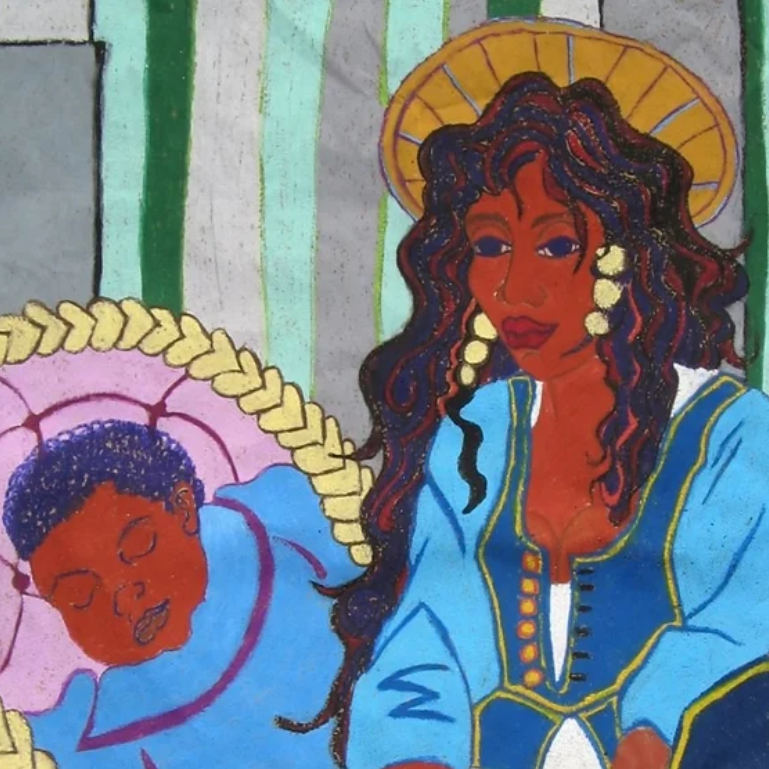 Opinion: It wasn't easy being a Black Catholic woman in seminary at Candler

As I reflect on my three years at Emory University’s Candler School of Theology in the Master of Divinity program, it is important that I express my gratitude to the faculty, staff, and students who helped me discover a way to live out my calling, my response to God’s love. Every lecture, book, paper, and project will inform my ministry from here on.

However, I would be doing a disservice to Candler if I did not acknowledge important areas of concern that affect faculty, staff, and students—that affected me. As enriching and transformative as my experience at Candler was, it was difficult being an African-American Catholic woman at Candler because my experience was not reflected in the curriculum, the student body, or the faculty.

Candler, affiliated with the United Methodist Church, offers opportunities for growth and formation for individuals of many different faith traditions. One of Candler’s newest offerings is a Catholic Studies concentration for both Catholic and non-Catholic students, which has been growing steadily for four years. Members participate in fall and spring retreat days as well as on- and off-campus Catholic-focused activities.

During the 2021-2022 academic year, I helped establish a Catholic Studies formation community called Bethany House that hosted several educational and social events for both Catholic and non-Catholic faculty and students. In all these ways, Candler is clearly committed to the Catholic community on campus.

However, though the Catholic studies curriculum intends to be comprehensive and is becoming moreso every semester, there is a conspicuous deficiency. The curriculum focuses on American Catholicism as if it only includes a homogenous group of middle to upper-class White Catholics. There is little to no mention of African-American, Latinx-American, Haitian-American, Korean-American, or other non-White Catholic history, culture, or tradition. This does an enormous disservice to both Catholic and non-Catholic students and faculty.

The fallacy that American Catholicism is a culturally White phenomenon perpetuates dangerous stereotypes and misinformation. It is a whitewashing of the faith. American Catholicism, in its truest form, is as culturally and ethnically diverse as America is. The story goes beyond the White experience. As such, the culture of invisibility and exclusion in Candler's Catholic Studies program systematically undermined its sincere attempts to create a community of inclusion that welcomed all kinds of American Catholics.

To be sure, the Catholic student community has grown by leaps and bounds since I started my program in 2019. Enrollment of Catholic students is up, and there is a visible presence on campus. For example, this year’s students and faculty have been praying the rosary publicly on campus. However, this is not enough. Candler must do better.

In some ways, this is about who has the power to tell the story. As the Nigerian Catholic writer Chimamanda Ngozi Adichie put it in 2019: “Power is the ability not just to tell the story of another person, but to make it the definitive story of that person.” The curriculum at Candler must tell the whole story of US Catholicism and acknowledge that it has been telling a one-sided story fueled by a tradition of White male dominance.

To counter this undifferentiated image of American Catholicism that is viewed as the norm, the curriculum must acknowledge and reveal the uncomfortable history of blatant racism and White supremacism that has run rampant through US Catholicism since its beginnings. For example, courses must include the Church’s role in African enslavement, atrocities enacted against indigenous peoples, the perpetuation of segregation, and the suppression of would-be African-American clergy and religious. The truths that these courses will expose are essential to the formation of all Candler students.

Without a doubt, the faculty must also begin to include the non-White Catholic experience. These voices are important to all students but principally important to Catholic students of color who need (and deserve) to see themselves reflected just as their White counterparts are. As the American Catholic church comes to grips with its history of oppression of those seen as lesser, Candler has an opportunity to play a pivotal role in uncovering these injustices and facilitating a ministry of inclusion and reconciliation through its coursework.

My experience as a Black Catholic at Candler has been complex not only because I did not feel entirely included in the Catholic Studies program, but because I also felt excluded in the story of Black Christianity. It was difficult in most of my classes when references were made to the “Black Church,” because I was confident those references did not include Black Catholics. As Servant of God Thea Bowman sang at a 1989 meeting of the US Conference of Catholic Bishops, “Sometimes I feel like a motherless child.”

For these reasons, I did not feel a sense of community at Candler with regard to my faith tradition. Moreover, as an African-American Catholic woman in a tradition that does not allow female deacons or priests, I was not embraced and celebrated by the greater Catholic community as are men in seminary, who will be ordained.

It is no exaggeration to say that my experiences at Candler had a transformative effect on my life. Candler has empowered me to follow my calling. Concentrating in Catholic Studies did more than just give me a more firm foundation in Catholic teaching. It empowered me to take a closer look at my own faith, culture, history, and traditions, which opened up an entirely new world for me and facilitated great cultural pride. I am grateful for my time at Candler and thankful for the people I encountered who befriended me. I have hope and optimism for the Catholic Studies Program at Candler, the curriculum, and the future of non-White Catholic students on campus.

Even so, as cliché as it may sound, it is my firm belief that events unfold in their own time. This is the time for Candler to become more inclusive of the whole American Catholic story.

Terresa Ford, MDiv is a graduate of the Candler School of Theology at Emory University with a dual concentration in Chaplaincy and Catholic Studies. She is a spiritual health resident at Emory University Hospital Midtown and resident spiritual director in the Spiritual Direction Formation Program at Ignatius House Jesuit Retreat Center. She can be reached at terresaford2014@gmail.com.