SOUTH BEND, Ind. — More than a hundred Black Catholic women religious, clergy, religious brothers, deacons’ wives, and seminarians gathered in Indiana this week for their annual Joint Conference, this year under the theme of “Walk Together, Children” at the University of Notre Dame.

The focus permeated the week’s events, taking shape differently as the events prescribed—from remembering the ancestors to joining hands in solidarity to championing youth (and youthfulness), a near-constant theme for African-American Catholics in the United States.

The conference kicked off with a Mass at St Augustine Catholic Church, the only historically Black parish in the Diocese of Fort Wayne-South Bend, where a combination of Holy Cross charism and Black spirituality have nourished local Catholics for roughly a century.

It was the first of several liturgies punctuating and energizing the event, including a Jubilarian Mass on Sunday morning at the historic Basilica of the Sacred Heart celebrated by Archbishop Shelton Fabre of Louisville. It honored the various clergy, sisters, brothers, and deacons’ wives celebrating decades of ministry and marriage.

There, one of the nation’s newest African-American priests, Fr Carl Gales, SVD of Our Lady of Africa Catholic Church in Chicago, roused the crowd with a homily on the need for pride in the Black—and Black Catholic—community.

“There is treasure in our skin,” he repeated, interspersing Black sacred song with his words, including Kathy Taylor’s “Corinthian Song”.

“I'm a vessel full of power, with a treasure from the Lord.”

The week was also a matter of business, as the various organizations held their annual business meetings to elect officers and discuss strategies for their work in the next year. Most notably, the National Black Sisters’ Conference (NBSC) elected as their new president Sr Addie Lorraine Walker, SSND of , who succeeds Sr Josita Colbert, SNDdeN.

Walker currently serves as director of the Sankofa Institute for African American Pastoral Leadership at the Oblate School of Theology in San Antonio, and also co-led the conference’s joint sessions with Fr Manuel Williams, CR—covering the South (and Pan-)African ideals of Ubuntu and Sawubona, and underscoring the importance of deep listening and Black sacred space.

“I am because we are”, Walker noted in a subtle refrain, reminding participants of their shared identity in an often hostile Church environment.

A young adults panel on Tuesday night occasioned the week’s first event broadcast to the outside world, recorded on Zoom and streamed live on Facebook. Panelists included representatives from each of the organizations present for the conference joined by LaRyssa Herrington, a doctoral student in theology at Notre Dame.

“I can tell you that the thing that makes me most hopeful about being Black and Catholic in 2022 is when we hear the voices of our young adults,” he said.

“We see the wisdom and we see the gifts.”

The Julia Greeley Award, which is awarded to an NBSC associate member, went to board member and Catholic school educator Valerie Shields. The sisters' Harriet Tubman Award, reserved for an exemplary woman religious, went to their new president Sr Walker.

He noted that the organization’s archives are available just across campus at the Hesburgh Libraries, and that its ongoing legacy—and his own—live on.

“My latter days will be my greater days,” Williams said, referring to various health challenges in his retirement that have nevertheless failed to stop his ministry.

He announced during the banquet that his forthcoming Catholic African World Network web series will premiere next month on the feast of St Augustine (August 28), showcasing the Black history of the Catholic Church in episodic format on YouTube.

Williams was also feted for his founding in 1970 of the National Black Catholic Seminarians Association (NBCSA), which held its first meeting—where else—on the campus of Notre Dame, following an invitation from the NBSC to join their gathering there that year.

The sisters’ generosity toward students has apparently not wavered, as the Adrian Dominicans—the congregation of Joint Conference attendee Sr Jamie Phelps, OP—were noted on Wednesday as having donated $500,000 in new scholarships to Xavier University of Louisiana’s Institute for Black Catholic Studies, which Phelps helped to found in 1979.

Fr Joseph A. Brown, SJ of Southern Illinois University received the NBCCC’s Fr Al McKnight award, honoring his 60 years of religious life as an esteemed artist, professor, writer, speaker, and organizer whose work continues to reverberate in his native Illinois and around the country.

He concluded the Joint Conference’s final full day of proceedings with one of his poetic verses, penned following the assassination of Dr. Martin Luther King Jr. and encouraging Black Americans to continue the fight for justice.

“We ain’t so broken yet that we can’t move a mighty distance more,” he bellowed from the banquet podium.

“Shout it, children, shout it for him. Make Jordan shrink and tremble and move a mighty distance more, like we heard him say.” 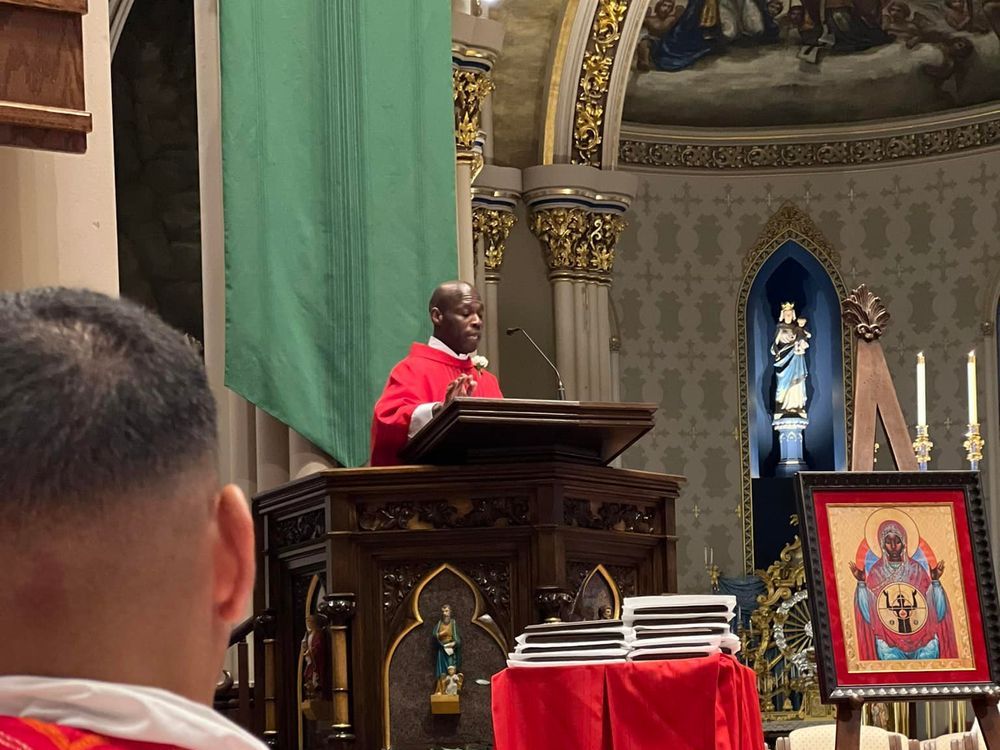 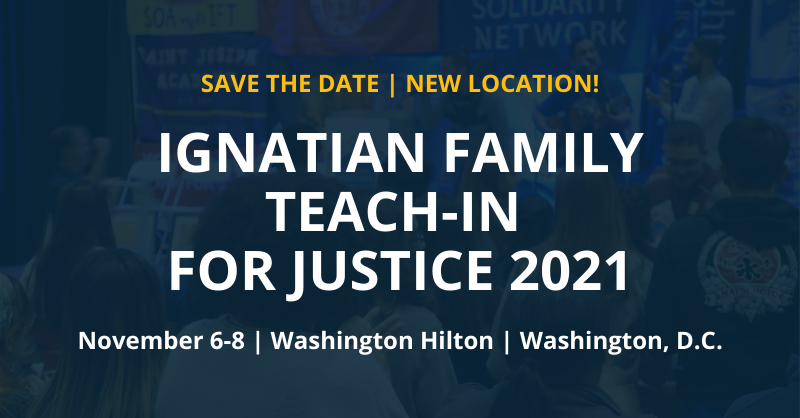