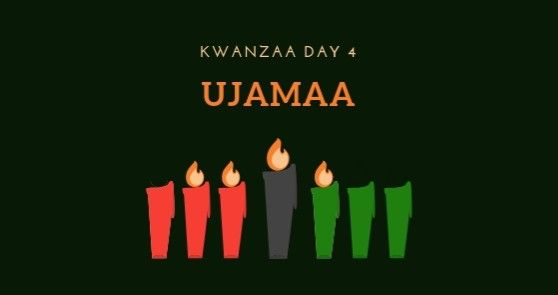 Today's Kwanzaa principle is Ujamaa, otherwise known as "Cooperative Economics". This concept is not new to the Church nor to Black Catholicism, as the Josephites or Fr Albert McKnight could tell you. Even so, it's not finished either. As we celebrate this holy time of year, Black Catholic institutions are in need.

Not unlike the Basilica of St Mary in Norfolk, St Peter Claver Catholic Church began to see major structural problems some years back.

In 2018, under the weight of fresh snow, a crumbling roof came tumbling down, leaving the parish—and the nearby Loyola High School—without a sanctuary.

The school, which one shared space with a female juvenile detention center, is now helping the church rebuild. They will once again share the facilities when the project is complete.

According to the pastor, Fr John Phelps, C.Ss.R, the new chapel will seat about 200 and will feature African-American artifacts as well as the six African-Americans moving toward canonization.

Fr Gilbert Sunghera, SJ, Superior of the Detroit Jesuits, is assisting with the liturgical aspects of the building plans.

In October, Loyola High president David Smith joined the church's building committee for a presentation to congregants over Zoom, to update them on the project plans.

They hope to have the building ready in about two years.

In the meantime, they worship on the campus on Marygrove College up the road (a now-defunct school founded by the IHM Sisters).

Fundraising began recently, and donations can be made (and earmarked) here.

Another church on the rebuilding path is Holy Angels in Indianapolis, which has been predominantly Black since the 1960s, when they began to be pastored by the pioneering Fr Boniface Hardin.

The church was razed in 2012 due to decay, the year after they last celebrated Mass in the facility.

Given permission to rebuild in 2014, the church began construction in September, after receiving matching gifts in February.

They have raised $1.7M dollars to date.

Sister Gail Trippett, CSJ, is the pastoral life coordinator at the church, appointed to the role after the untimely death of Fr Kenneth Taylor two years ago.

Priests from the nearby seminary provide priestly ministry, and the parish has worshipped at the Marian University chapel for the past seven years.

Construction is expected to be completed in time for Easter.

Donations to the church's rebuilding fund can be made directly at this link.

Following the devastation of Hurricane Laura in August, it was discovered that the oldest Black Catholic church in Lake Charles, Sacred Heart, had also experienced the loss of a historic building.

Founded in the Jim Crow era, from an even older school supported by St Katharine Drexel and her SBS Sisters, the church's parish hall and gymnasium had its roof "completely destroyed" by the storm.

This building, also known as the Bishop Harold Perry Community Center (named after the first openly-Black bishop to serve in the United States), was dedicated in 1950 and built by the parishioners themselves.

The church itself is said to have been the first integrated parish in the area, including both the Lake Charles and Lafayette dioceses.

A fundraiser, spearheaded by Sacred Heart parishioner Roxanne Boxie (mother of DC priest and Howard University chaplain Fr Robert Boxie III), is ongoing and can be found below.