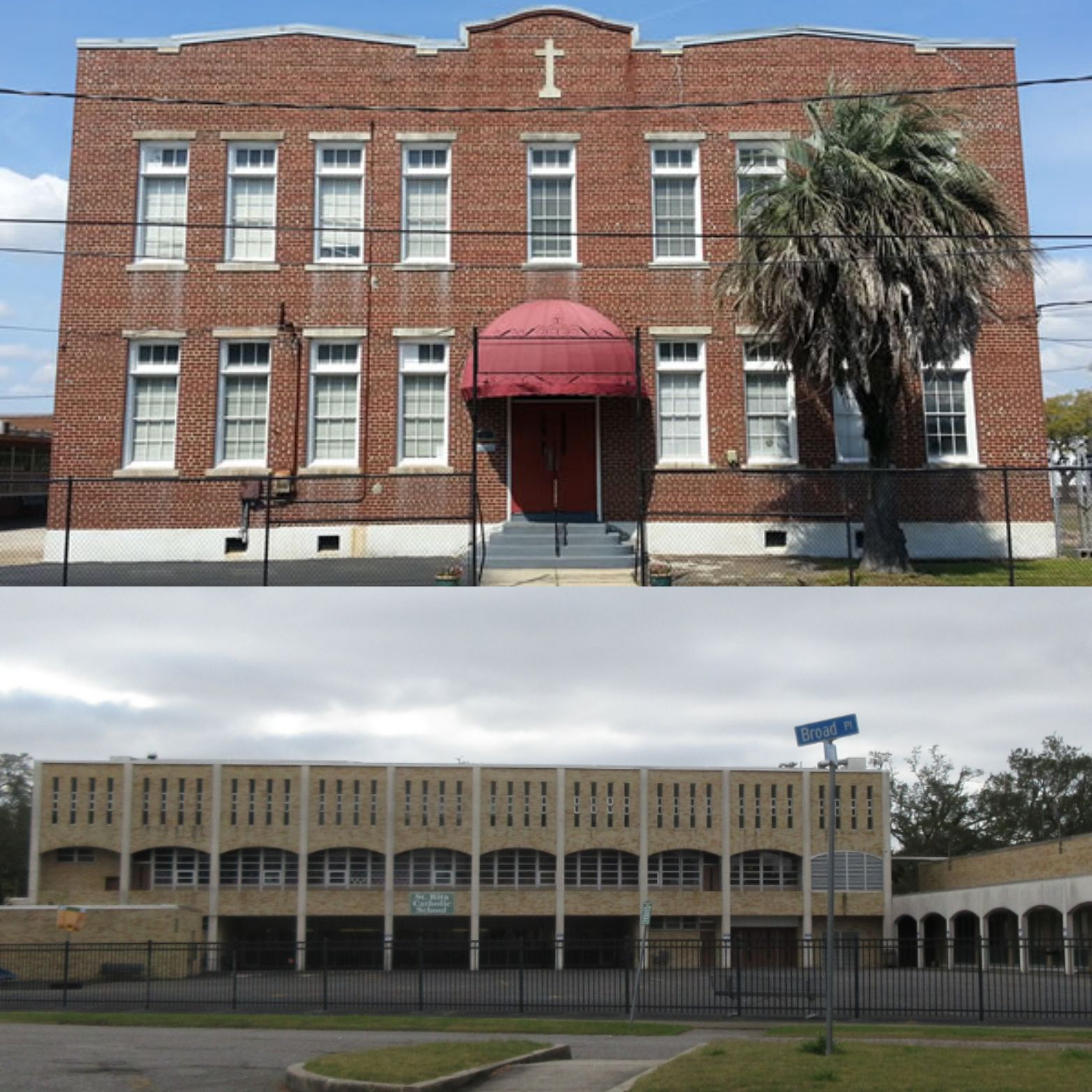 The public announcements of each came within hours of one another, and both schools are slated to close at the end of the academic year.

Most Pure Heart of Mary has served the African-American community of Mobile for more than 100 years, since shortly after the founding of the parish by the Josephites in 1899. It featured a high school until 1968—when it was closed by the notably segregationist Archbishop Thomas Toolen.

The closure of the remaining school was announced last Wednesday by its president John W. McNichol Jr., citing declining enrollment over the past several years, and declining population in the neighborhood.

Other Catholic schools in the region are apparently experiencing different fortunes.

"Enrollment is up," the archdiocese said of the Mobile Catholic school district overall to local reporter Bob Gripe—adding, however, that Most Pure Heart was running a $200,000 budget deficit at the end of the 2020-21 school year (despite its enrollment increasing that year by 12).

"There will soon be a process to develop a comprehensive plan to sustain Catholic schools in Mobile County."

The news that Most Pure Heart will not be sustained comes almost exactly three months after Lagniappe Weekly detailed the near closure of the school three years ago, and a successful campaign at the time to save it—featuring letters of support from distinguished alumni such as retired major general J. Gary Cooper and former US secretary of labor Alexis Herman.

Most Pure Heart eventually reorganized as an independent Catholic school, occasioning McNichols’ role as president, and it has operated under the new structure ever since.

During its storied history—including producing the nation's first openly Black Catholic ordinary, Bishop Joseph Howze of Biloxi—the school served as a Civil Rights hub, hosting the likes of Muhammad Ali at a time when even many local Black leaders in the city were opposed to such bold displays in their often violent Jim Crow environment.

Members of the church, and nuns who worked at the school, were arrested at times during demonstrations, and the property served as a meeting place for Neighborhood Organized Workers (NOW), a local justice outfit that fought for Black equality.

Despite their subdued history, Black Catholics in the Archdiocese of Mobile are a storied group, with many families descending from the original era of French Catholic settlement there. According to estimates from 2016, the archdiocese is also one of the Blackest in the country.

Despite this, with the loss of Most Pure Heart School, the region will be without any Black Catholic schools next Fall and for the foreseeable future.

In New Orleans, St Rita is one of only a half-dozen Black Catholic primary schools left in the city core—including St Alphonsus, St Stephen, Good Shepherd, St Benedict the Moor, and the Josephites’ St Joan of Arc and St Leo the Great.

Like Mobile, New Orleans is majority Black and significantly Catholic due to its roots in interracialized 18th-century French colonialism. The archdiocese is also high on the list in African-American percentage, making the school closure all the more stark.

“These very difficult decisions were made after prayerful discernment and with the support of Archbishop Gregory Aymond, school leadership and pastors,” NOLA Catholic Schools Superintendent Dr. RaeNell Houston said in a statement.

“When enrollment reaches a certain point, our ability to offer the programs that families expect and children deserve is compromised.”

The statement notes that the news was made known to the school community via letters jointly signed by Houston and the pastor of St. Rita Catholic Church, which will remain open.

The congregation, which is predominantly White, is pastored by Fr Patrick Carr, a certified public accountant who also serves as the archdiocese’s vicar of finance. He handled the archdiocese’s recent bankruptcy proceedings, which began in May 2020.

The school is virtually all-Black and featured the culture in much of its functions, such as school Gospel Masses with Devin Boucree, the choir director at the Josephites’ St Augustine High School across town.

“We understand that change is difficult and stand ready to assist our Catholic school families and our dedicated faculty and staff in any way that we can during the transition,” Houston said of the impending closure.

According to local news reports, parents were not informed beforehand about the closure, leading to escalated tensions at a public meeting held Monday night.

The archdiocese, however, has said the decision is final.

As such, St Rita and Most Pure Heart will soon join the growing number of predominantly (or significantly) Black Catholic schools closed in the past year across the country.

Among them are McDevitt High in Wyncote, Pennsylvania; Christ Our Savior in South Holland, Illinois; Trinity Catholic High in St Louis; St Thomas the Apostle in West Hempstead, New York; St Christopher in Baldwin, New York; St Pius X and Our Lady of Victory in Baltimore; and Trenton Catholic Academy (which reopened independently). Fundraiser seeks to save Heart of Mary Catholic School in Mobile, Alabama