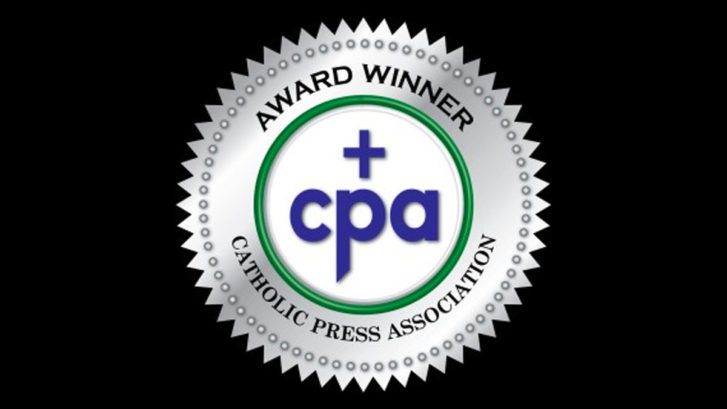 The winners of the Catholic Press Awards were announced last month, and Black Catholics took home a number of awards, alongside others that went to coverage of stories and issues in the Black community.

The winners were announced during the Catholic Media Association’s annual conference, titled “Anchored in Hope” and held virtually from June 8-10th.

The third-place winner of a more general category, Photographer of the Year, went to a retiring Black member of the Catholic press, Michael Alexander of the Georgia Bulletin (the diocesan newspaper for the diocese of the Archdiocese of Atlanta). He left his post in March.

His work was included in a number of other categories, including the Bulletin’s third-place finish for Best Multimedia Package (News) and Best Online Content Not Published in Print (Photo). Both honors came for the paper’s coverage of a Catholic protest march in downtown Atlanta following the murder of George Floyd.

Salvant also participated in the site’s broadcast on the intersection of COVID-19 and education, which helped the Clarion win first for Best Video Panel Discussion and for Best Podcast (Topical News). The other NCP panel involved in both awards, which concerned life after a miscarriage, featured Black Catholic author Megan Lacourrege (who has written a children’s book on the topic).

The Archdiocese of Detroit took home third place for Best Podcast (Social Justice) with an episode on racism for its “Eyes on Jesus” show from Archbishop Allen Vigneron. He was joined by Fr John McKenzie—a Black priest, former monk, and author of a children’s book on St Benedict of Nursia (the founder of the order to which McKenzie once belonged).

Carol Norris Greene of Baltimore’s Catholic Review took second place in the Best Guest Column/Commentary category for “Where Do We Go From Here?”, her reflection on participating in the original March on Washington.

The Catholic Standard also won first for Best Multimedia Package Series for its groundbreaking “Black Catholic Voices” series, which interviewed parishioners from across the diocese to provide a Black perspective on the faith.

Another notable awardee was the Archdiocese of Los Angeles, whose Angelus News won big for its coverage of the faith life of the late Kobe Bryant, who died tragically last January.

Their “Kobe the Catholic” piece took first place for news profiles of the laity, and together with two other pieces—a reflection from the LA bishops and a piece on a local high school team inspired by Bryant’s legacy—also won top honors in Best Sports reporting.

2nd: Shalom Media, “The Story Of A Continent Whose Heart Beats For God”
Honorable Mention: The Catholic Telegraph, “African Americans on the Path to Sainthood”

Best Use of Live Video in Social Media

2nd: Angelus News, “Conversations and conversion”, “The ultimate scapegoat”, “George Floyd and us”, “My K Street epiphany”, “It should not be this way”

3rd: Northwest Catholic, Addressing racism in our hearts and community (and general coverage)

HM:
Living City Magazine, “A Call for change”
Columbia, “That We May Be One”; “The Knights of Columbus and Racial Equality”; “The Choice of Charity”

3rd: America Magazine, “How Latino Catholics Are Grappling with Their Own History of Racism”

HM: America Magazine, “To fight racism, Catholics must hunger for justice like we do for the Eucharist”

2nd: America Magazine, “The Rules of the Game”

2nd: FAITH Lansing, "I made a vow to make a difference in people's lives"

HM: FAITH Lansing, "I made a vow to make a difference in people's lives"

1st: The Tablet, “The Evil of Racism Must End Now”

2nd: The Tablet, “The Killing of Ahmaud Arbery”; “One Hundred Thousand Deaths … and Then One More”; “From George Floyd to George Washington”

2nd: Our Sunday Visitor, “Combating racism”; “Now is not the time to silence conversations on race”; “Can Catholics support Black Lives Matter?”

HM: Detroit Catholic, “Speaking Out for Equality, Anti-Racism Is The Catholic Thing To Do”

HM: The Record, “Justice depends on us all”

Best News Writing on a Local or Regional Event - One Shot

HM: The Tablet, “Young Musician Is in Tune With Ministry”

1st: Florida Catholic, “‘I want you to be my brother’”

HM: National Catholic Reporter, “What to do about white privilege”

Best Use of Graphics with an Article

1st: The Barry Buccaneer, “A Star Too Soon in the Sky”

Best Use of Graphics with an Article

Best Example of Teaching of the Church

3rd: Paulist Press, “Sister Thea Bowman: Do You Hear Me, Church?” by Peggy A. Sklar