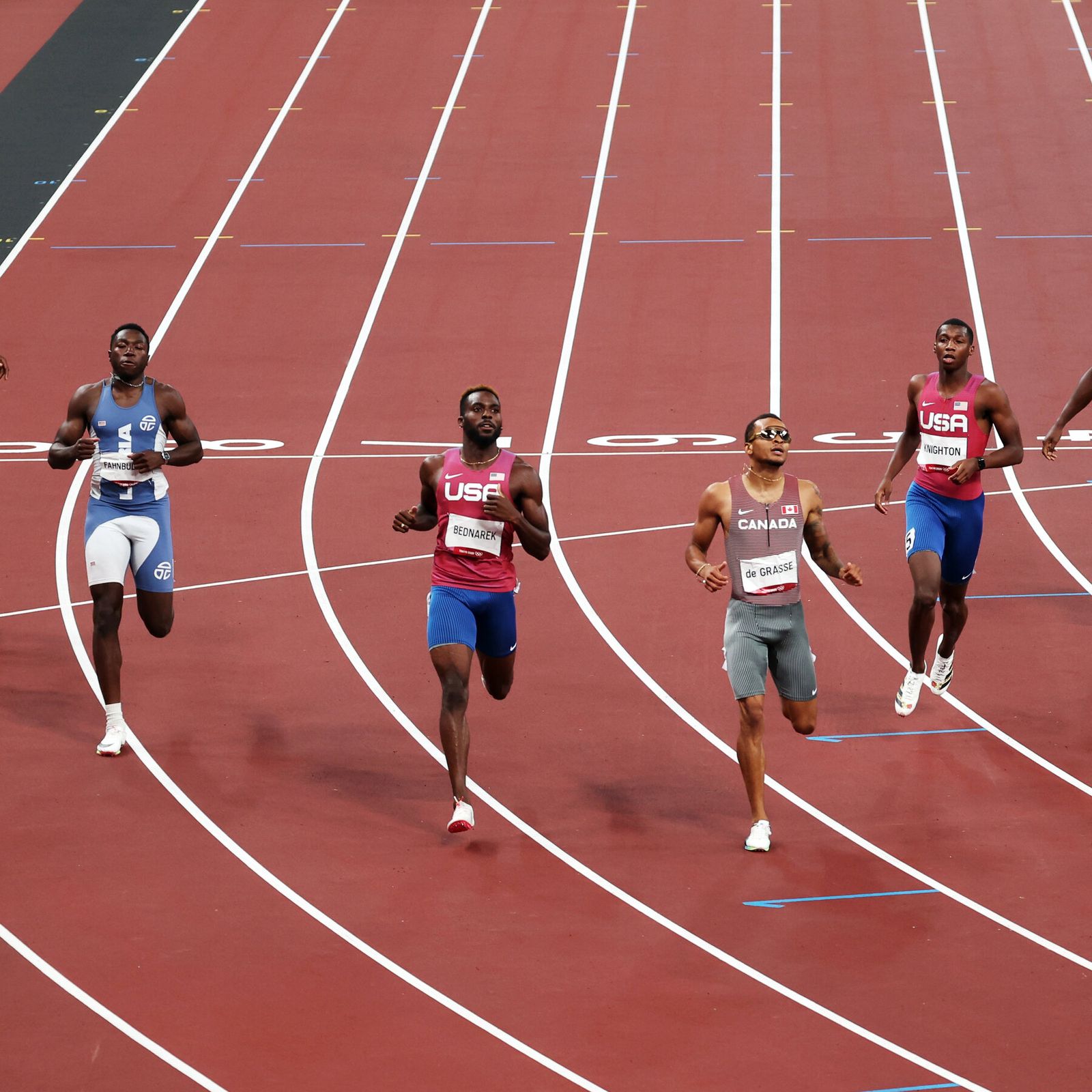 The men’s 200m sprint in Tokyo is now in the books, and while the favorites did not triumph, two Black Catholics did.

Andre De Grasse, a Canadian sprinter who defended his 2016 bronze in the 100m dash on Wednesday, improved on his silver-medal 200m showing in 2016 by edging the United States’ Kenny Bednarek for the win this morning.

Both men are Catholic, and De Grasse is married to Team USA hurdler Nia Ali, who forewent the Tokyo Games to give birth to their son. Bednarek, a native Tulsan, was competing in his first Olympics and his only event.

De Grasse clocked in at 19.62—a personal best and Canadian record—topping the American by only 0.6 seconds.

Bednarek’s own 19.68 was also a personal best, also 0.6 seconds ahead of bronze-medal finisher and USA teammate Noah Lyles—who was the favorite to win. The silver-medal time was the best finish by an American in the 200m since 2008.

In fourth place at 19.93 was Erriyon Knighton, the 17-year-old phenom from Florida who went pro in January. He did not match his own personal best of 19.84, but still managed to surpass expectations.

Team USA usually performs well in the sprint events at the Games, but this year was handicapped in that aim somewhat, with the disqualification of Christian Coleman for missing scheduled drug tests, and an injury to 39-year-old stalwart Justin Gatlin during the US Olympic Trials in June.

As for Canada, De Grasse is now the first man from the country to win multiply Olympic medals in the 100m, and the first to win 200m gold since Percy Williams in 1928.

Bednarek’s finish extended Team USA’s silver-medal lead in Tokyo with 31 overall, and Lyles’ bronze was the team’s 23rd, also the top number. The 79 total medals for the team is likewise the most of any team competing at the Games.