The nation's latest mass shooting has claimed the life of an African-American mother and wife in North Carolina, one of five victims including the shooter's brother.

Authorities have identified five victims from a deadly shooting rampage in Raleigh, North Carolina on Thursday night, including an African-American mother with Catholic roots in Ohio.

Nicole Howard (née Connors), 52, was killed while sitting on her porch by Austin Thompson, a 15-year-old high school student who also killed his older brother and three others, as well as injured two more before being apprehended by police. He was in critical condition as of Friday afternoon.

Police are still investigating possible motives, as is the Bureau of Alcohol, Tobacco, Firearms and Explosives (ATF). Thompson lived in the Hedingham neighborhood with his father and late brother and was a sophomore at Knightdale High School.

On Friday, local media spoke with Howard’s husband Tracey Howard, who found his deceased wife at their home following a trip to the store. The shooter, who lived two doors down from the Howards, also killed their dog, who was with Nicole Howard at the time of her death.

“This is my life now,” Tracey Howard told Andrew Carter of The News & Observer.

Nicole Howard was a transplant to the Raleigh area, where she had worked in human resources before taking leave to care for her ailing mother. She was raised in Dayton, Ohio, attending the former Precious Blood Catholic School before graduating from Chaminade Julienne High.

She was remembered online by her classmates as a “bright light to everyone” and a “really great person.”

“A wonderful soul has been taken from us by yet another senseless act of gun violence,” wrote a friend in a separate post.

In a similar case earlier this year, 32-year-old Roberta “Robbie” Drury was killed along with 9 others by a White Supremacist mass shooter in Buffalo, New York. Drury had quit her job to take care of her brother during his recovery from leukemia, and was funeralized at her local Catholic church in late May.

As of Saturday morning, no racial motives have been identified in the Raleigh shooting, and Howard was the only African-American killed. Tracey Howard told local media he and his wife had no interactions with Thompson.

Others killed in the shootings include a 49-year-old mother of three, a Navy vet preparing for her wedding, and a young police officer. Marcille “Lynn” Gardner, a Black woman injured by Thompson, is currently hospitalized and a GoFundMe has been published to assist with medical costs. She was visiting with Howard at the time of the shooting.

Bishop Luis Zarama of Raleigh, in a statement released on Friday, called the massacre an instance of “random, senseless violence.”

“It is also a painful reminder of how we must do better as a community to respect, protect and support one another.”

Funeral arrangements for Howard and other victims are pending. 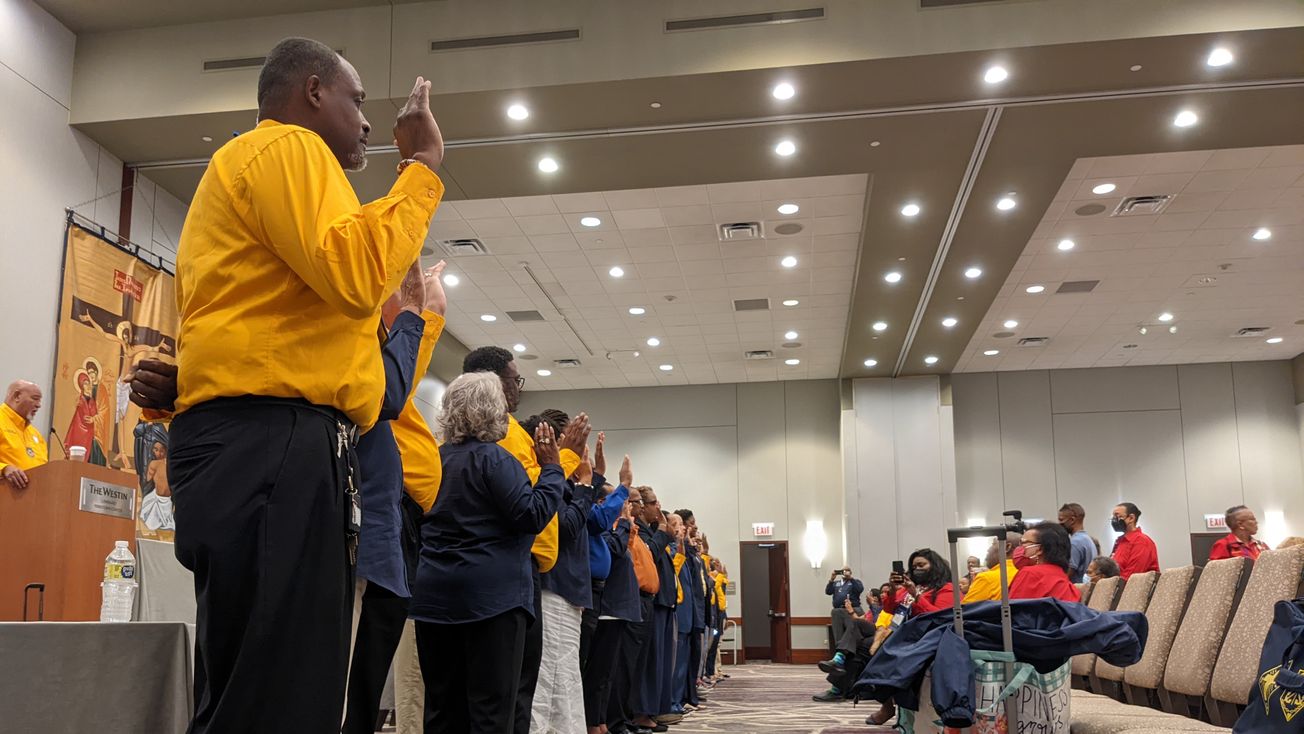