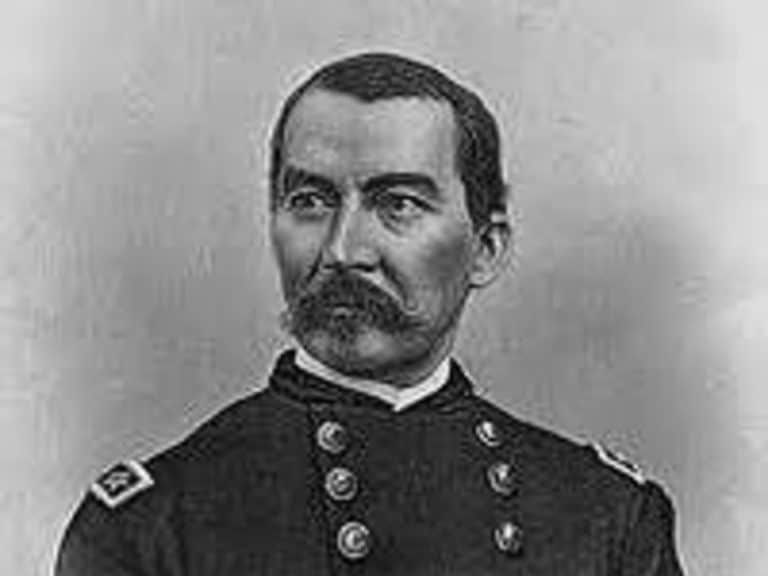 Author's note: In honor of Captain André Cailloux, who was once known as the "Blackest man in New Orleans," I translate and republish a poem about him that appeared in the South's first Black newspaper, L'Union, 157 years ago. Cailloux was laid to rest in St. Louis Cemetery No. 2 on July 29, 1863.

(To the melody of “A Haïtien Does Not Act This Way”.)

What! You weep for the courageous captain,

By falling without shelter in the field,

He shot down an unworthy doubt.

Let us console ourselves, men of his race,

In front of God alone he kneeled.

Of the brave André Caillou. (Bis.)

Among the bullets, the grape-shot,

This hero, with black brow so proud.

Guided his steps, leading into the battle,

For his black brothers, brave as iron!

There, in the midst of enemy bullets,

His soldiers, possessing a thousand lives,

They all followed André Caillou! (Bis.)

Without any support in this bloody battle,

They made the enemy tremble in rage;

Then Banks recognized the saviors of our state!

Six times, on this day, they rushed for victory;

A thousand cannons crushed them everywhere …

These noble dead, in the house of glory

Everything your children may henceforth do!

Doubt has fled; For them open your temple.

Time is on the side of the Union.

Bloodthirsty men, jealous of your greatness –

Shall disappear, or loyal to you will be,

Mark Charles Roudané is a native of the Crescent City, and author of The New Orleans Tribune: An Introduction to America’s First Black Daily Newspaper. He is the great-great-grandson of Dr. Louis Charles Roudanez and researches his groundbreaking newspapers, L'Union and the New Orleans Tribune. Mark’s work has appeared in the South Atlantic Review, New America, 64 Parishes, and The Atlantic. He has presented on L’Union and Tribune history at universities, museums, and cultural organizations throughout the US. Excerpt: The Ignatian “Magis” as an Antidote for Racism