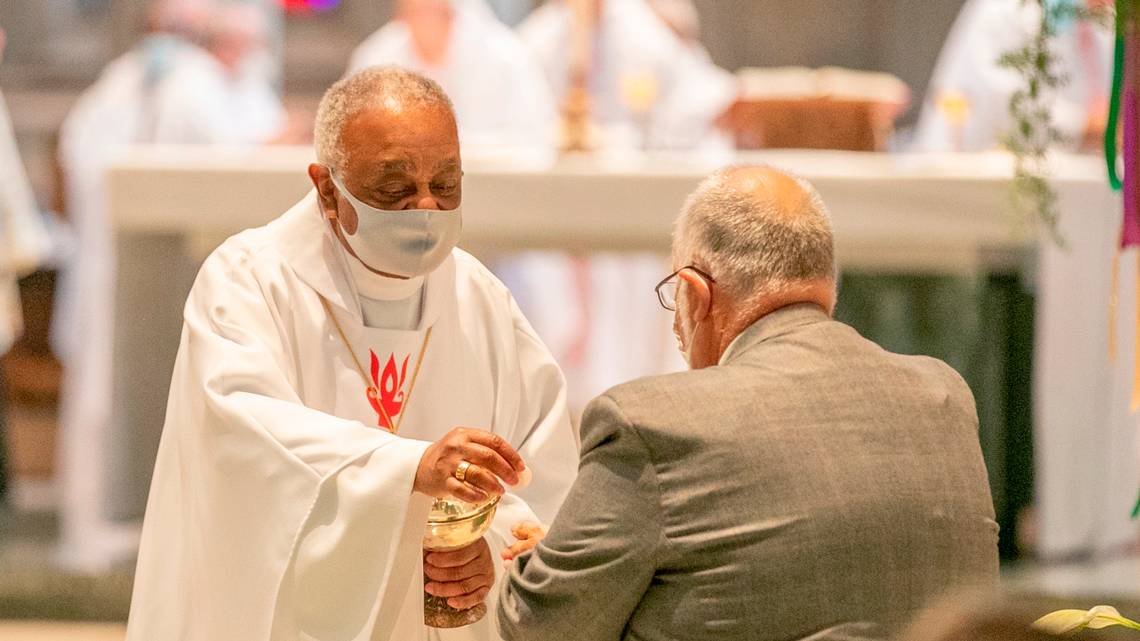 'I’m not going to veer from that': Cardinal-elect Gregory, like predecessor, will not deny Biden the Eucharist

In an interview with the Catholic News Service, Cardinal-elect Wilton Gregory, set to become on Saturday the first African American elevated to the cardinalate, revealed his strategy for working with the United States' second Catholic president.

As debates swirl stateside concerning Joe Biden—a professing president-elect who supports abortion, same-sex marriage, and a host of other positions that draw the ire of many conservative Catholics—the cardinal-elect conducted the interview from the Vatican City, having arrived a week ago so as to quarantine before the history-making consistory.

"On my part, it’s a matter of the responsibility that I have as the archbishop to be engaged and to be in dialogue with him, even in those areas where we obviously have some differences," said Cdl-elect Gregory via Zoom, from the Domus Sanctae Marthae.

While abortion and same-sex marriage are the most obvious areas of disagreement between the cardinal and commander-in-chief (to-be), the common denominator of the elevation and the election—Black Catholics—have been claimed as major factors in Biden's triumph.

As most practitioners confess (and as the USCCB and most Catholic clergy regularly emphasize), Catholics must "form their consciences" in regards to voting, considering mitigating factors when dealing with politicians—even Catholic ones—who support inadmissible acts.

Biden's pro-Black positions against racism and the death penalty—which have changed for the better over the years—as well as his more progressive views (relative to Trump) on healthcare, voting protections, and COVID-19 are examples of such factors.

As such, the Knights of Peter Claver and Ladies Auxiliary, the largest Black Catholic organization in the United States, partnered with the National Association of Black Catholic Administrators (NABCA) in October to disseminate a voting guide that all but endorsed him.

And at least one historic Black Catholic parish—located a mile and a half from the White House, no less—seemed to be on board as well:

Whether in Catholic discernment or dissent, Black Catholics came out in droves to support Biden, who received the most overall votes of any presidential candidate in the nation's history.

While Cdl-elect Gregory's statements make clear that Biden will be welcome to receive Communion at most any parish in the District, what is not clear is where he will actually attend.

During Joe's vice-presidency, the Bidens were known to attend Mass at least semi-regularly at Holy Trinity Catholic Church in Georgetown—like Nancy Pelosi.

This time around, only time will tell.