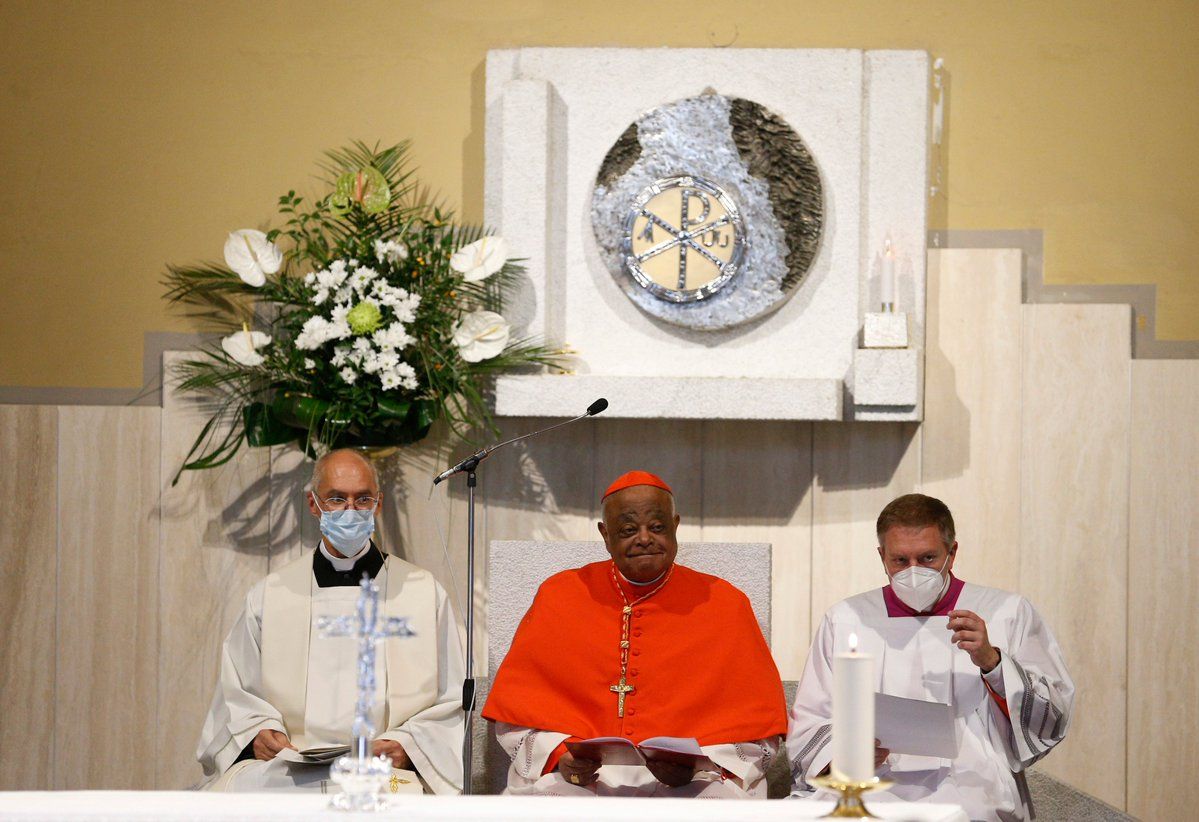 'Whenever I recall Our Lady’s title, I will be united with you': Cardinal Gregory takes possession of titular church, Immaculate Conception in Rome

This morning marked a major step in the history of Black Catholicism, as an African American took possession of a titular church for the first time ever.

Cardinal Wilton Gregory of Washington, who was made a cardinal in November, waited almost a year for the formal ceremony to take place, which involves a service in Rome at the parish church to which a cardinal is assigned—“titularly”, in name only—at the time of his elevation.

For Gregory, it was Santa Maria Immacolata a Grottarossa , a parish in the northern part of the city, where the cardinal arrived around 6am ET (noon Rome time) to greet a small group of onlookers, including the anglophone Catholic press.

“I greet you with joy in my heart on this first official visit,” he told the assembled parishioners in Italian, noting that the Immaculate Conception is also the patroness of the United States—including the national basilica, which he oversees.

“Whenever I recall Our Lady’s title, I will be united with you and your families and clergy in prayer.”

He was interviewed after the livestreamed event by the USCCB’s Catholic News Service, which is headquartered in DC.

“I hope that the people of the archdiocese will come to know that this parish is part of my pastoral responsibility and that they too will pray for the parish,” he said in a short video message.

“Once the COVID is over and people can travel, I hope the people of the Archdiocese of Washington might take a cab out here and say ‘That's where the archbishop’s titular church is.’”

With other outlets, Gregory also covered a number of issues including the current “divisions” in the US episcopacy, as well as his handling of controversies involving politics, abortion, and pastoral care.

“If we will give them a chance, they will draw near to us. And that enriches our lives, and hopefully theirs as well.”

The pastor of Santa Maria Immacolata, Fr Valerio Bortolotti, related during the ceremony that the neighborhood of Grottarossa is said to be where Constantine the Great experienced his famous “Chi Rho” dream, which led to his conversion—and that of the Roman Empire.

For Gregory, it now marks the spot where his ministry formally goes global.

“As I was walking down the aisle and I looked around and saw the people gathered here at this delightful parish, I said, ‘These are the people the Holy Father has asked me to love and care for and to serve’,” he said.

“I feel closer to the Holy Father this morning.” Prayer service for sainthood cause of Ven. Pierre Toussaint scheduled for Monday evening