Today marks the 59th anniversary of the death of a famed catechist and liturgist who just might be the first Black saint from the United States.

On the topic of the first Black Catholic saint in the United States, the discourse has often been fraught for one major reason: there isn’t one. Or so it is said.

It is certain that there are no officially recognized African-American saints in the Catholic Church. Moreover, none of the six US Black Catholics currently under consideration for sainthood have even been beatified, which requires a Vatican-approved miracle and is the last step before canonization.

That said, there is one beatified American who is not well-known in the United States, even though he lived in the country (and was a citizen) for his entire life and performed a verified miracle more than 40 years ago. Moreover, there is good reason to believe he was of African descent.

Meet Carlos Manuel Cecilio Rodríguez Santiago, also known as “Blessed Charlie,” the first and only beatified Puerto Rican in history, and the second beatified layperson in the entire Western Hemisphere. The Church (outside of Puerto Rico) celebrates his feast today.

Rodríguez was born in 1918 in Caguas, a small rural city just south of San Juan in east-central Puerto Rico. Founded on the backs of slaves, sugar plantations dominated the local economy during the era of Spanish colonialism, and the area became part of the United States along with the rest of the Caribbean island in 1898.

Rodríguez was raised Catholic, baptized at the Iglesia Dulce Nombre de Jesús (“Sweet Name of Jesus Church”, now the local cathedral). Vocations were no stranger to his family, with one sister becoming a Carmelite nun, and his brother becoming the first Boricua abbot of a local Benedictine monastery.

Carlos also desired to join the priesthood, but was unable due to an extended bout with ulcerative colitis. His illness delayed his completion of high school, and he returned home to work before graduating in his early 20s. He later enrolled at the University of Puerto Rico, where his aforementioned siblings José Rodríguez, OSB and Haydée Rodríguez, OCD were on the faculty.

Unfazed by his life’s redirection, Rodríguez became known for his dedication to Catholic liturgy, mastering the piano and organ, and advocating for widespread renewal. Well before the reforms of the Second Vatican Council, he called for the ancient practices of the laity’s active participation in Mass, the use of the vernacular, and holding the Easter Vigil on Saturday night rather than in the morning—a change later implemented by Pope Pius XII in 1952.

Rodríguez was perhaps best-known for his advocacy on the latter point, as he felt the Church year should center around the Easter Vigil both on paper and in embodied practice, given the supreme importance of Christ’s resurrection. He was known to often say, “Vivimos para esa noche.” (“We live for that night.”)

Knowledgeable in the English language, he also translated various liturgical texts and started a magazine dedicated to the topic. He disseminated his literature throughout the island and also became a catechist for local high schoolers.

He remained in poor health during his time at university, however, and eventually dropped out during his sophomore year. He never recovered from his stomach ailments, and was diagnosed with late-stage rectal cancer in 1963. He died on July 9th that year at the age of 44.

In 1981, a friend of Rodríguez’s was healed of lymphoma after her husband asked for his intercession. His cause was formally opened a decade later, and he was declared Venerable in 1997. After just two years, a miracle was approved and Rodríguez was beatified by Pope John Paul II in Rome.

In 2019, downtown Caguas’ former Casa Rosada Abelardo Díaz Alfaro museum—also known as the “Pink House” and located around the corner from Rodríguez’s home parish—changed its name to the Casa Rosada Carlos Manuel Rodríguez and has since been dedicated entirely to Blessed Charlie’s legacy. At least one school on the island has also been named in his honor, in Bayamon.

The question of his ethnicity remains in doubt, with scarcely any sources making mention of it at all. Genealogical records show that at least one branch of his family is of Spanish descent, and his immediate family and grandparents identified as White on official records.

It is also known, however, that most Puerto Ricans are of at least partial African descent, and the percentage was even higher in Rodríguez’s era—as most White Spanish settlers left the island in the 16th century after depleting the goldmines, and the slave trade expanded greatly in 1789. White settlers returned in 1815, but intermarriage continued and mixed ancestry remained the norm.

(Another Puerto Rican saint-to-be who died before the 1898 US annexation, Venerable Rafael Cordero, was openly Black and the son of slaves. His feast was on July 5th.)

Afro-Boricuas have historically identified as White for various reasons, not least because of colorism and other racist practices, and only in the 2020 census have residents begun to chart a new path. Moreover, the island is overwhelmingly Catholic, at somewhere between 65 and 90%.

At least two Spanish-language books have been published on Rodríguez’s life and Catholic faith, but it’s unclear whether they delve into the matter of whether he is the nation’s first Black blessed—whatever “Black” might mean in today’s Puerto Rico.

“The cause of Blessed Carlos Manuel is important because it tells us that sainthood is attainable; race, nationality or profession does not matter,” he said in Spanish.

“The most important thing is that his example of life, his model of faith, his way of exercising public service continue to be important in these moments of our history, of our society. We can say that there is a Puerto Rican star in the sky.” 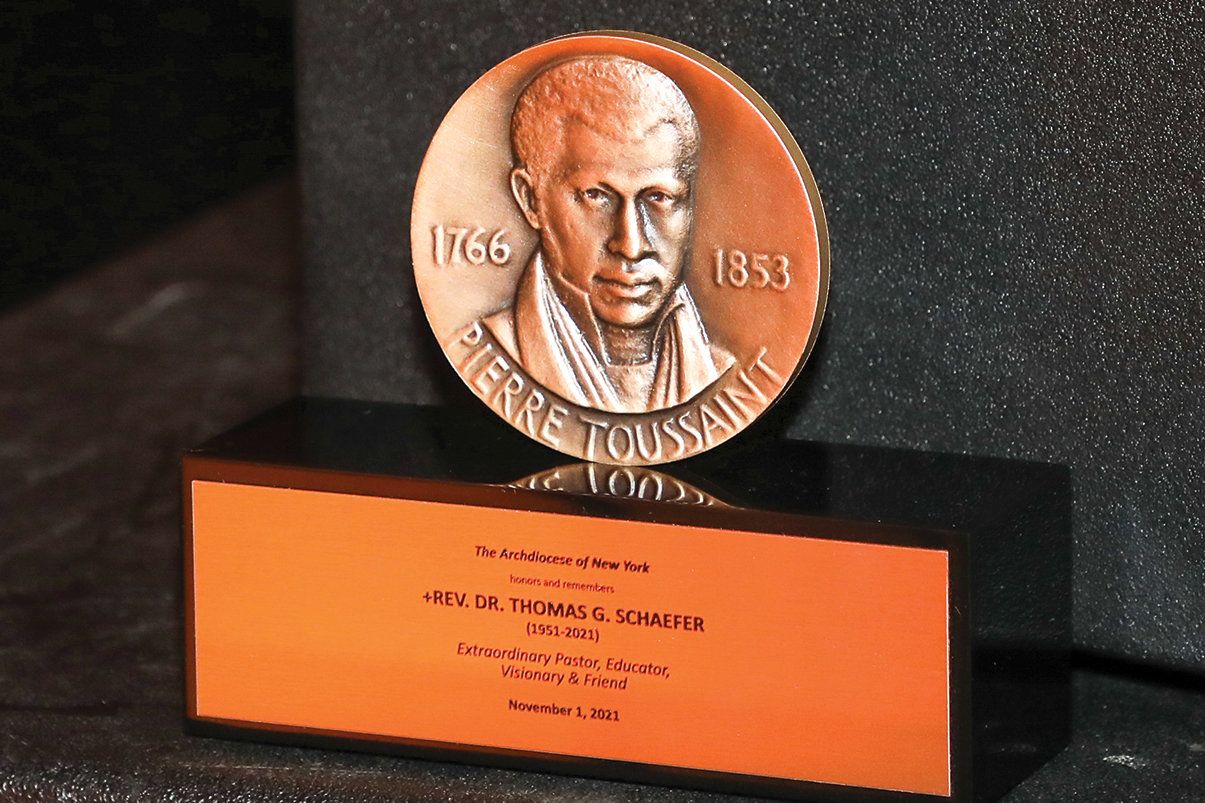