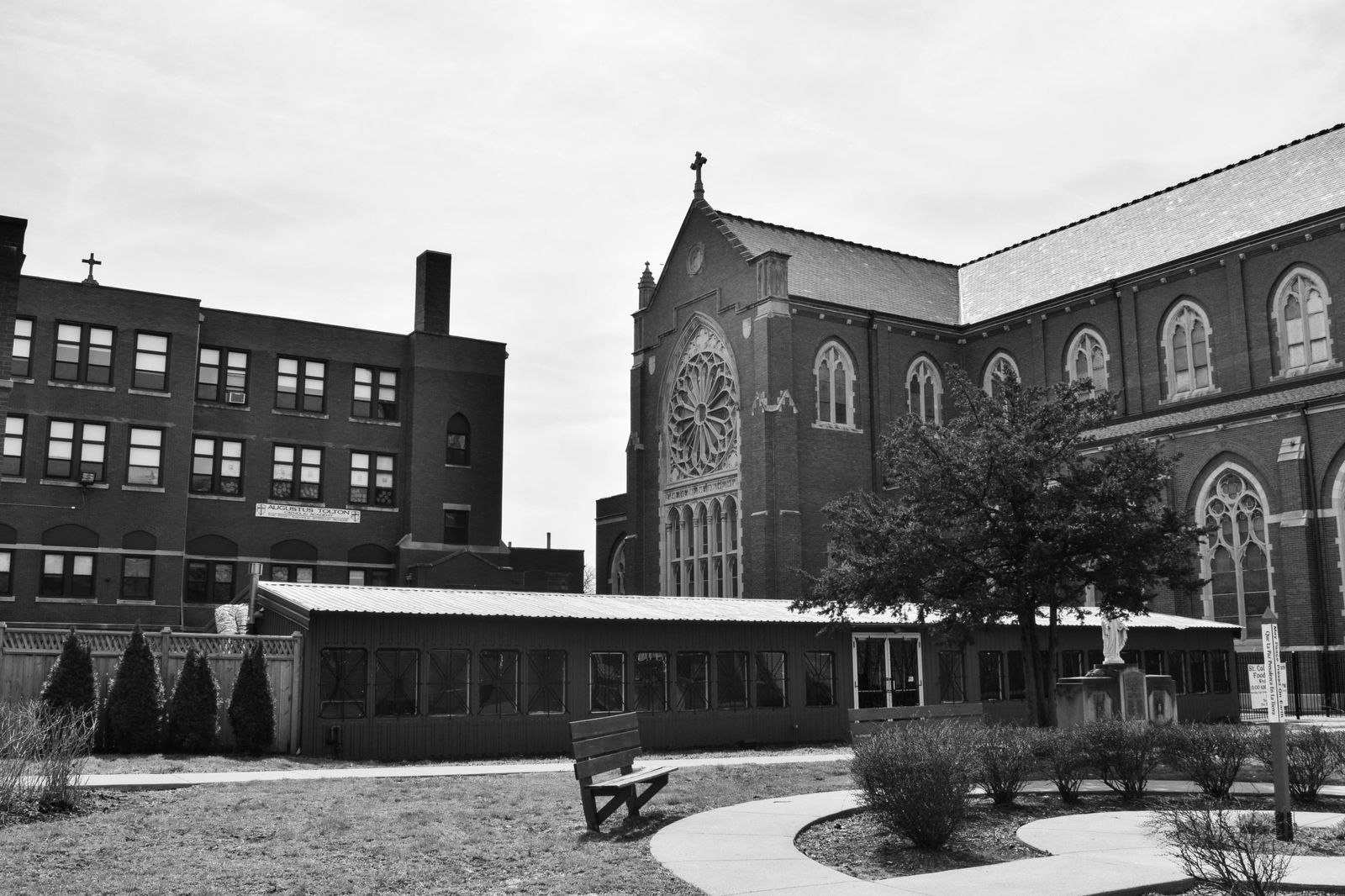 On May 30th, Corpus Christi Catholic Church in Chicago held its final baptisms.

Today, it celebrated its last Mass.

Those entering the Church last month are members of the Williams family, who go back generations in the parish. After nearly three-quarters of a century, they will now have to find a new home.

Chicago media has spotlighted the parish in recent weeks, among the half-dozen other Black parishes on the South Side being closed or merged out of formal existence, as part of the archdiocese’s “Renew My Church” plan.

The coverage is much-deserved, as the Black Catholic tradition in the Windy City is virtually unmatched—as evidenced, perhaps, in the fact that Chicago itself was founded by the Black Catholic Jean Baptiste Point DuSable, a pioneer settler who married into the local Native American community.

His Chicagoan devotees have been fighting for a park named in his honor since the late 1980s, but have seen little success. Last week, however, marked a substantial victory on a related front, as the city council voted overwhelmingly to rename Lake Shore Drive in his honor.

In the run-up to the final vote, a press release from the DuSable Heritage Association on June 19th noted the group’s excitement.

“After more than two decades of tireless efforts to raise awareness of DuSable, DHA welcomes the focus of stakeholders, political leaders, and longtime advocates on his full recognition through impactful symbols,” the group said in a press release.

After the measure passed, DHA president Etzer Cantave told BCM that their efforts in regard to the park will not cease, as “one step in the right direction” does not absolve the city of the need for further work.

“Now comes the hard job of completing DuSable Park without any further delay,” he said.

“There should be no excuses for not getting it done.”

As the city debated whether or not to honor their Black Catholic founder, Corpus Christi held a reunion of former parishioners and students on June 13th.

They, like their close neighbors at St. Anselm, St. Ambrose, and St. Elizabeth parishes, will now worship as one at Holy Angels. The latter parish, while not losing its building, will lose its name, becoming Our Lady of Africa Catholic Church—the first so-named parish in the nation and one of only a few in the world.

(A chapel in the DC basilica is under the patronage of Our Mother of Africa.)

One longtime Corpus Christi parishioner, Larry Cope, told local PBS affiliate WTTW that while he understands the reasoning behind the closure of his parish, he feels Black Catholics need a stronger institutional voice.

“We need an avenue to voice our opinion, to have leadership that’s willing to stand up and fight for the Black Catholic Church, to say, ‘Hey, we’re here. We need help,”’ he said.

Chicago is, of course, one of the four dioceses in the nation with an active Black bishop, but since the heyday of Black prelates, their numbers nationwide have waned.

Their presence, of course, has never quite stemmed the tide of parish and school closures in the Black community—including in Chicago.

Whether these and other issues could be solved with something like a “Black Ordinariate” is perhaps an open question, and insofar as a widespread Black Catholic revival remains out of reach, the issue of parish closures will not subside anytime soon.

In the Second City specifically, as Black Catholic history is slowly honored with public spaces but often lost in private ones, the words of DHA’s Cantave ring all too true.

“Chicago has a lot of soul-searching to do.”