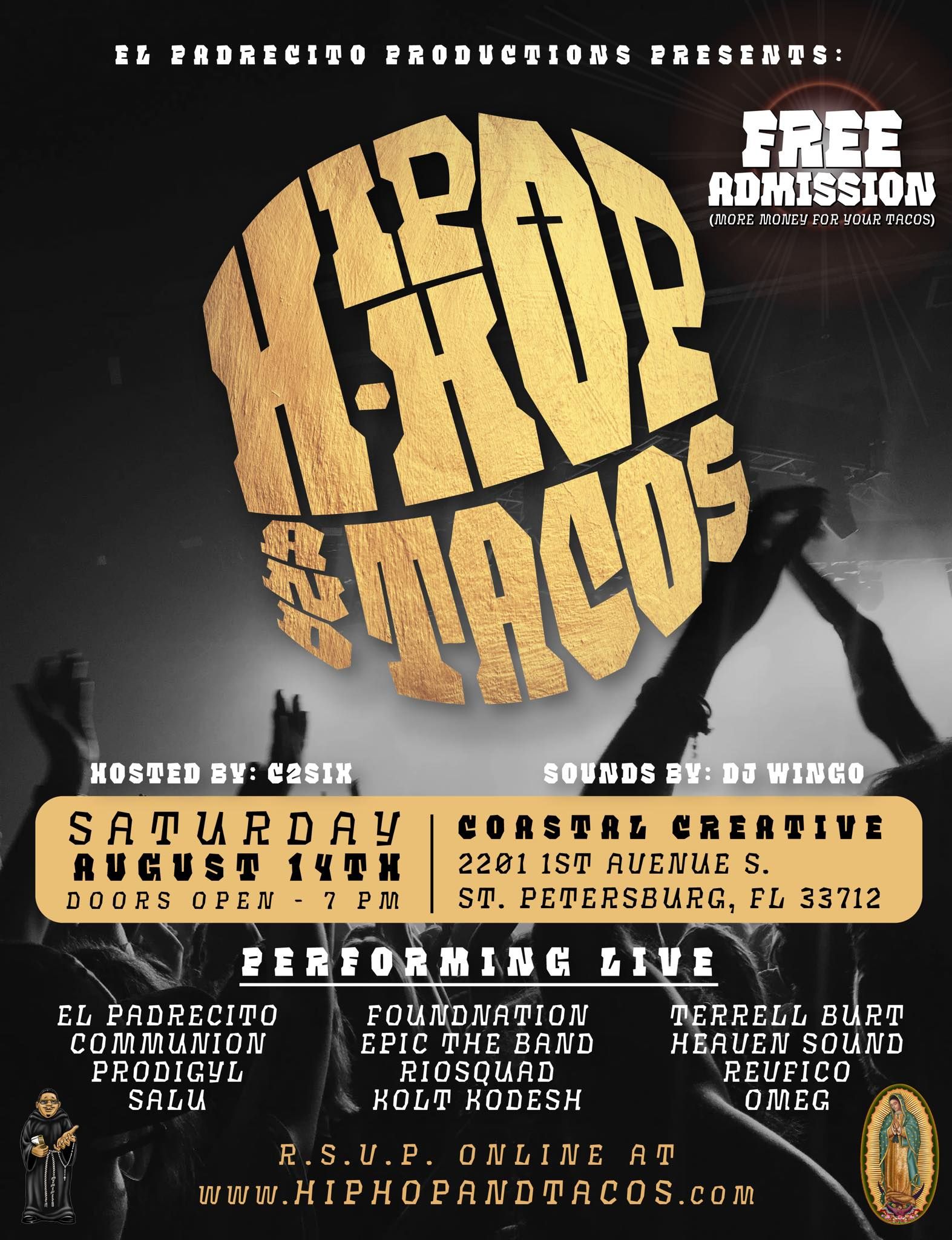 Scheduled for Saturday, August 14th at Coastal Creative studios, the event is part of the Catholic Hip-Hop and Tacos tour organized by El Padrecito Productions.

Among the performers at the event will be the EPP founder, veteran rapper-priest Fr Massseo “El Padrecito” Gonzales, OFM Conv., as well as FoundNation, the hip-hop group he mentors (and with which Kodesh became acquainted earlier this year).

The concert, announced in July, follows earlier stops on the tour in Los Angeles and Houston and will feature a notably ecumenical lineup.

“[We aim] to evangelize and edify… and to provide a platform for urban Catholic and other Chrisitan artists, because it’s not being provided in other places.”

Kodesh will be joined by a number of Black Catholics at the show, including John L. “John Levi” Davidson IV (who also raps with FoundNation), and Fr Fidelis Immanuel Chinedu “RevFICO” Omeaku, a gospel singer and Nigerian priest serving in Los Angeles.

After five years away from the stage, Terrell Burt—a non-Catholic African-American rapper known for his songwriting work on TV shows such as “Fuller House” and “All American”—will appear with another FoundNation member, Nico Santana, performing their song “Limit’s the Sky”.

On August 7th, the event, previously ticketed at $20 per person—before tacos—was announced as forgoing admission fees. Registration is still required, however, as the event space is limited to 200 attendees.

Doors open at 6pm CST, followed by a rosary at 6:30pm, and the concert will begin at 7pm. Reflection: Are we fishers of men or just keepers of the aquarium? An invitation to support Vagabond Missions.