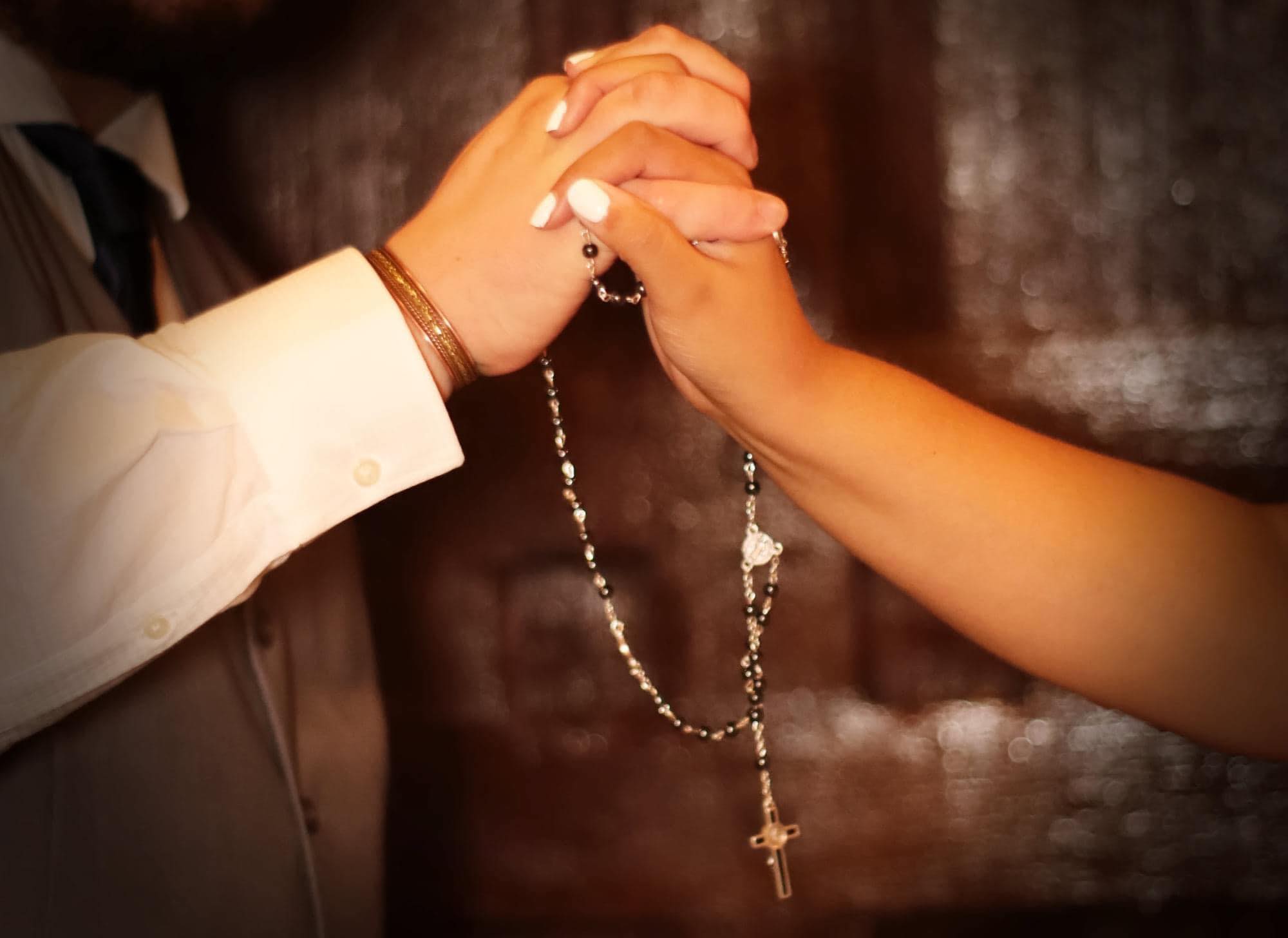 Opinion: Interracial marriage, autism, and the value of diversity

I, a White man, grew up in a small, sleepy town on the northwestern border of Wisconsin called Blair. Lacking diversity in nature, it boasts a population of about 600 people. My upbringing was as interesting as things got in Blair. Both of my parents grew up Catholic but left the Church in their teens shortly before they got married.

They became generically Protestant, and their hearts hardened towards the church. In terms of beliefs, they were not committed to any denomination in particular. They combined many teachings from various branches and sects of Christianity. They had a large library of different books from all the various groups from which they acquired their beliefs. Even as a young child, I read most of the books in their collection. However, despite their knowledge of books, they were lacking in their knowledge of people on the autism spectrum (as I am) and Black people.

At the age of 25, I experienced a series of events in my life that led to the discovery that I have autism. To be specific, I have Asperger's Syndrome and am what is described as a savant. After my diagnoses, things clicked in relation to my experiences growing up. While my social skills as a child were poor, I had a fascination with any and all books. I struggled (and still struggle) remembering daily activities and conversations, but can remember almost every sentence from every book I’ve ever read.

When I was about 9 years old, I started collecting Bibles. It started out slowly at first, but became more obsessive as time went on. I would collect every new Bible version and translation I could, and eventually I had the third-largest known private collection of Bible translations in the United States. Not only did I collect these different Bibles, but I also read them voraciously. The subject of Bible translation was my passion. I had aspirations to join Wycliffe Bible Translators to translate the Scriptures into a language that did not yet have the Word of God in their mother tongue.

For most of my life, reading has been much easier than making friends, or even talking to family. Growing up, I spent most of my free time reading any book I could get ahold of. I didn’t always feel understood by my relatives, and since it was difficult making friends, I did not have many growing up. As a result, I often felt isolated during my childhood and teenage years. The few friends that I did have were White.

The area where I lived in Wisconsin did not have a large Black community, so I was only exposed to Black culture when I entered college. My parents did not talk much about the issues of civil rights or social justice. The more I became immersed in Black culture, the more I realized how far my parents were removed from (and ignorant of) Black people and their experiences.

Around the age of 20, I started getting involved in Reformed Christianity, the theological tradition most strongly associated with the Protestant Reformation. I made a lot of friends, and became active in the Reformed community online. I was the only one in my family who considered themselves Reformed, but they didn’t mind too much. My siblings joined various branches of Christianity, but we were all cordial. Like much of Catholicism and the US at large, the Reformed community tends not to accurately represent Black people or people on the spectrum (who are known as “neurodiverse”).

While I navigated life trying to come to terms with how White Christians typically view others different from themselves, I had no idea that I would eventually become Catholic, or marry into Black culture.

Things began to change for me spiritually when I started studying Church history and reading ancient writings of the saints. Granted, many Protestants read the Church Fathers and remain Protestant. However, not only was I reading these writings, but I was also trying to work through logical consistencies within my own religious worldview. I had haunting questions that no one in my camp could answer—at least not to my satisfaction. I began to yearn to find the truth. Even so, becoming Catholic was not on the list of options for me. They were the one Christian branch of which my parents had no tolerance, due to their past with the Church, and as such, I was raised with many misconceptions and inaccuracies.

I eventually reached a point in my searching where I knew I could no longer remain Protestant. What those specific reasons were is beyond the scope of this article, but I knew that Christ’s Church had to be apostolic; which meant either Catholicism, Eastern Orthodoxy, Oriental Orthodoxy, or Assyrian Christianity. Even in that conclusion, however, I still thought that becoming Catholic was the least likely of the four. I started asking the intercession of the Blessed Mother to lead me to her Son’s Church.

I am not a mystic by nature. Anyone who knows me well knows that I am skeptical of most claimed experiences. One result of my autism is that I try to be logical in everything, whether or not I have feelings or subjectivity that follows. In fact, I would go so far as to say that, to some extent, I am afraid of such things—especially if they involve myself—since I have no control over them and they are subjective. In my worldview at least, such experiences could be shared in communication, but not in essence. As such, I saw little to no value in them.

Then one night, I had a dream that forever changed my life.

The man in my dream wore a very distinct hat and clothing. I had no idea who this man was, but his presence seemed so intensely real that upon waking, I knew I had to see if he had actually existed. I set out on a quest to find this man, and came across a painting of St. Jerome that matched the man from my dream perfectly. I knew instantly that this was the man who visited me in my dream.

I did not know at that time that Jerome was the patron saint of Bible translation and scholars. Before finding the painting, I did not know what he looked like or what clothes he wore. After this dream, however, I had a strong draw to the Catholic Church, and everything started to click. Shortly after finding St. Jerome, I started seeking Catholic fellowship and shared my longing to join the Church. When I shared my experience concerning St. Jerome, my now-wife Briana—also a convert—reached out and we became friends. I did not know her before this event. Her patron saint is Jerome and she had long been fascinated with him.

Briana and I started out as friends, and quickly we started falling in love. Our relationship blossomed, and we soon became engaged. When I was confirmed in 2020, I took the name of the man who led me to Christ’s Church as my own: Jerome. Briana had been baptized and confirmed with Jerome’s name in 2019.

I am writing this article on our first wedding anniversary, and I can think of no better time to do so. In our relationship, there have been misunderstandings. On my part, I was pretty clueless to the unique experiences that Black people go through, and my wife was still working through what exactly it meant to be in a relationship with an autistic individual. Our love for Christ and for each other allowed us to step in each other’s shoes and look through each other’s eyes. In many ways, there are similarities here with how mainstream society views both Black people and autistics. Although quite different, the struggles each marginalized group faces are eerily yet beautifully interconnected and refracted.

Throughout my life, I have heard the term “autistic” used as a slur. It is casually thrown out as a substitute for “dumb” or “stupid”. Even friends of mine who were not autistic would defend such remarks, saying that they’re “using ‘autism’ to degrade the person they are attacking, not autistic people themselves.” But that was the very issue: an aspect of me that I cannot change is being used as a slur to dehumanize others, as if my very nature is a joke or offensive.

I’ve read articles claiming autistics are inherently more violent and that acts of violence against us are justified because of our “unpredictable nature”. Even in the Church, I’ve heard people say that autism disqualifies someone from the priesthood, or even fatherhood. Upon my marriage to Briana, my eyes were opened over time to just how similar the attacks are against our respective communities.

My immediate family by and large never understood my decision to become Catholic, or to marry a Black woman. When the relationship first began, the issue of her being Black was brought up—and not in a positive way. My parents did not come to our wedding and have never acknowledged Briana as my wife. What started out as ignorance in them became overt prejudice.

This experience woke me up to the fact that ignorance is not an excuse and can be more harmful than even misinformation. Erroneous beliefs can be corrected, but ignorance leads to abuse. It is the very meaning of the words, “They know not what they do.”

Healing, however, becomes a reality when we see ourselves and humanity in the light of the Gospel, and the shadow of the cross where those words were uttered. My prayer, hope, and desire is that God will continue to bring healing—and understanding—to all groups and individuals in need of it.

After all: his Church shines most brightly when the beauty of each unique feature is displayed.

“After this, I had a vision of a great multitude, which no one could count, from every nation, race, people, and tongue. They stood before the throne and before the Lamb, wearing White robes and holding palm branches in their hands. They cried out in a loud voice:

‘Salvation comes from our God,
who is seated on the throne,
and from the Lamb.’”
(Revelation 7:9-10 NABRE)

Daniel Jansky is a writer, reader, and avid Bible collector in the Diocese of Tyler. Currently working on a degree in world religions, with an emphasis on apologetics.

Marriage and FamilyRacismLa Crosse, WIOpinionLongformConvertsMental HealthHealth
Share this article on: Black Catholic victim of the Buffalo massacre laid to rest