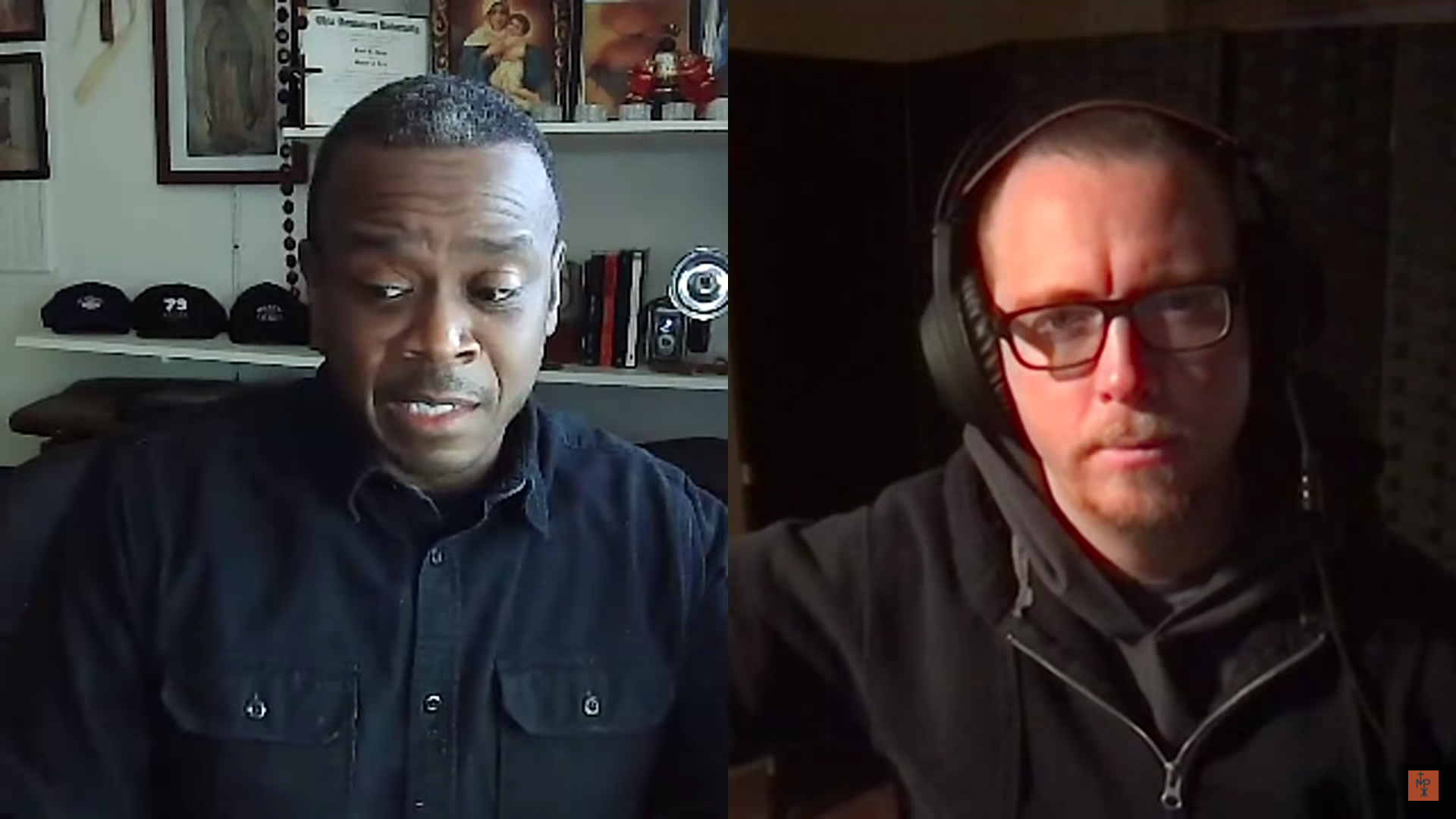 David L. Gray is at it again, this time alongside a priest with similarly strong opinions about Black culture—well, their idea of it, anyway.

Fr Dave Nix, of the Denver archdiocese, brought Gray onto his podcast earlier this month, a show known for Traditionalist viewpoints and unabashed culture war Catholicism.

On the episode released March 3rd, the two Davids mused on a number of topics concerning Black America, perhaps the most inflammatory being how ADOS (slave-descended Black Americans) differ from African immigrants.

The former were characterized by Nix in relation to “rap”, “sleeping around”, and various other stereotypes, while the latter were described as “refined… almost how you’d expect [the] British to behave in the 19th century”.

Gray nodded along, before the conversation swung back to a larger diatribe against Black Lives Matter.

Nix’s would-be insights were drawn from his experiences working with FOCUS in the South earlier in his career, before becoming a priest in 2010 in Denver.

Unsurprisingly, his clerical tenure has been marked with controversy, with his bishop (Samuel Aquila) explaining in 2018 that Nix’s first four parish assignments ended poorly due to his insistence on certain conservative viewpoints.

Since then, Nix has committed to becoming a diocesan hermit—albeit one very active on social media.

Gray, on the other hand, is a layperson known for views similar to Nix’s, largely associating modern Black Americans with debauchery and the errors of Protestantism, Marxism, and Freemasonry.

In the podcast with Nix, he goes so far as to argue that ADOS don’t have a culture at all, due to being forcibly removed from West Africa. (As such, he is openly opposed to the idea of Black Catholic inculturation, regarding figures such as Servant of God Thea Bowman to be unworthy of veneration.)

As Sister Thea’s cause continues to gain steam, one can only hope that her intercessory legacy of love for Black culture—and its place in the Catholic Church—silences her critics with haste.