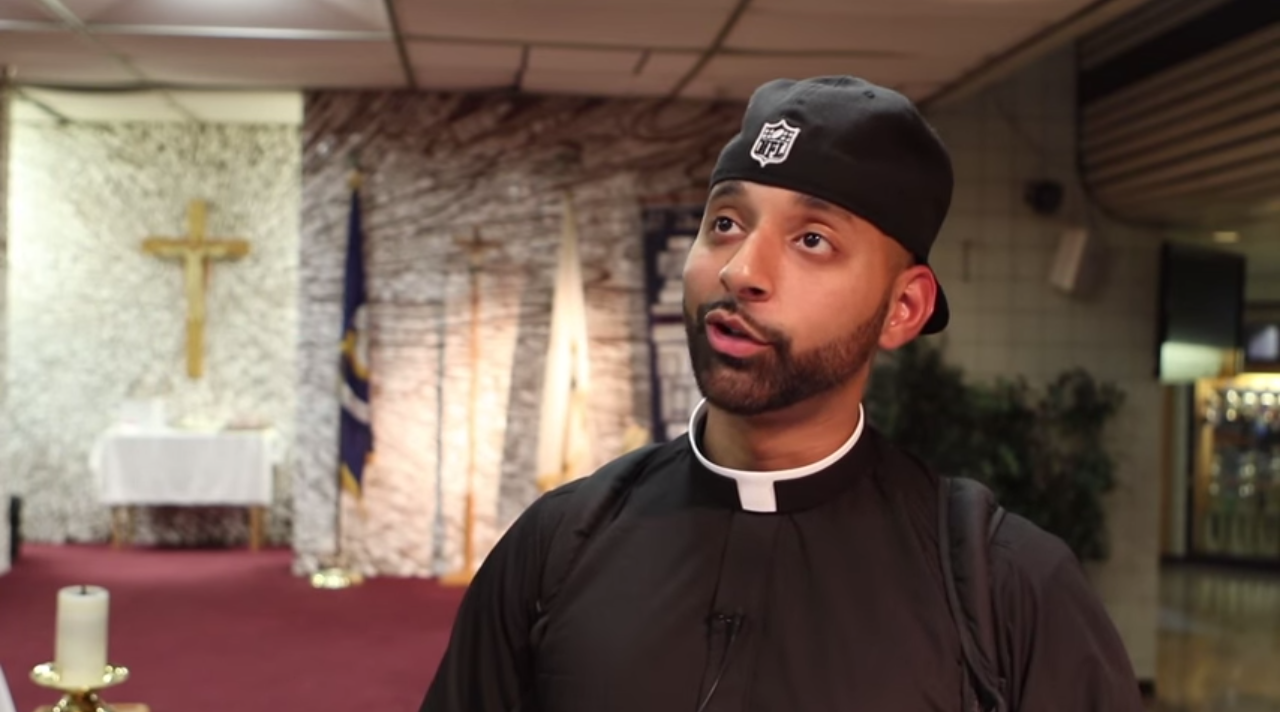 Fr Josh Johnson, perhaps the most visible Black priest in the country outside of Cardinal Gregory, has announced his (re-)appointment to the Catholic ministry on the campus of Louisiana State University, as well as his transition to an expanded vocations director role.

The move, which will occasion his departure from Our Lady of the Holy Rosary in St. Amant, goes into effect July 1st, according to a Twitter post he sent out on Facebook Saturday night.

He will be succeeded at the parish by Fr Joseph Vu (who preceded Johnson in his earlier post at LSU).

A lengthier post was shared by Johnson on Facebook, detailing his time at OLHR and the work accomplished—including the establishment of a church cafe, an adoration chapel, a bookstore, and more.

Also revealed in the latter post was the news that a soon-to-be-ordained Black deacon candidate, Michael Parker, will be assigned to the parish soon after Johnson departs. (He currently serves as the parish’s high school youth minister.)

Johnson’s transition to LSU’s Christ the King Student Center will bring him back to where his priestly journey began, when he was assigned to the campus after ordination in 2014. He will join the priest currently stationed there.

“I look forward to living in community with Father Andrew Merrick and collaborating with his team of intentional disciples at CTK,” Johnson said.

Now, as the “rapping priest”, social media star, author, and prolific podcaster joins him in a trying time for the state’s flagship university, only time will tell what collaborations may ensue.