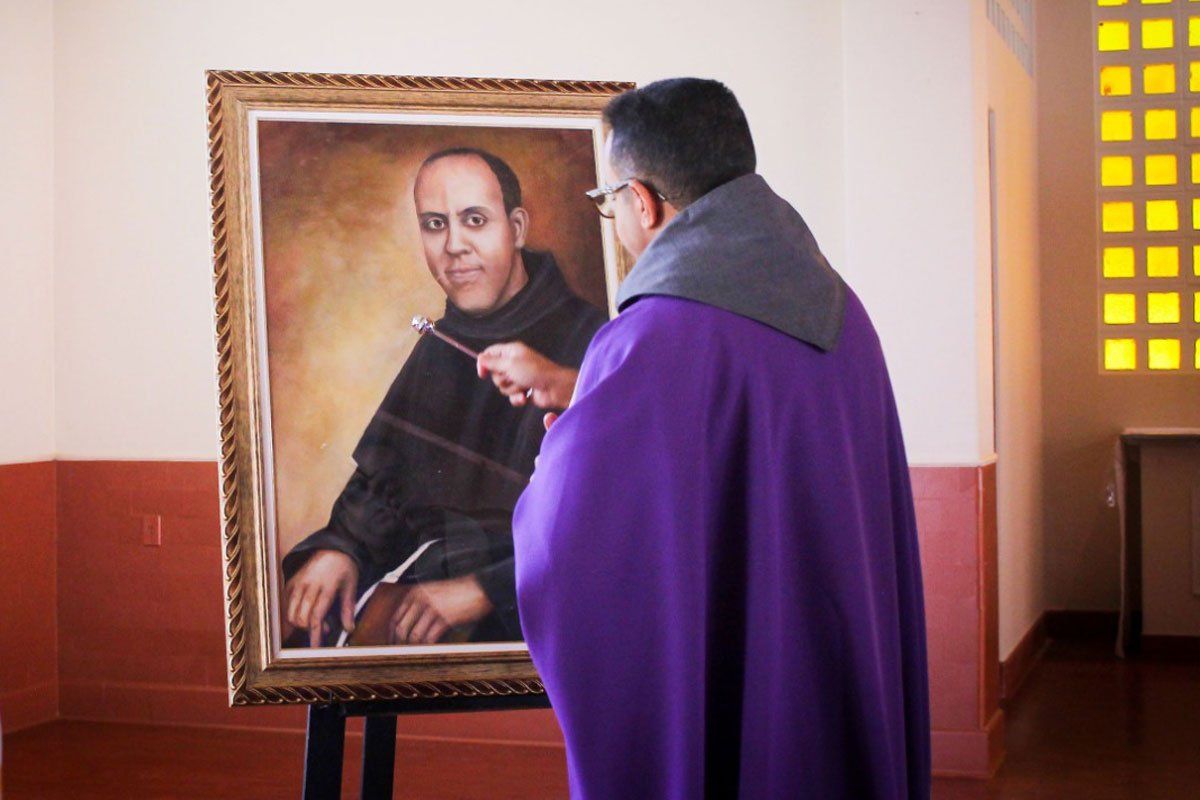 Another African-American could soon be on the road to sainthood in the Catholic Church, as the Our Lady of Angels Province of the Conventual Franciscans recently approved a motion to support the cause of Fr Martinho (Martin) Maria de Porres Ward, OFM Conv.

The news was announced early this month, shortly after the province celebrated a Mass in Brazil to commemorate the 23rd anniversary of Ward’s death.

Born Matthias DeWitte Ward to an interracial couple near Boston in 1918, he was the first African-American to become Conventual Franciscan in the United States and spent his ministry serving as a missionary in South America.

Raised Methodist, Ward converted to Catholicism in high school and entered the Salvatorian Fathers after graduation. He later joined the Conventuals in 1945 and became a priest a decade later at a Mass in Albany, New York.

Having reportedly been the first Black applicant to the US Conventuals, Ward was accepted to the order with the assurance that certain ministries of theirs “might promise an open door” for an African-American priest.

“Shortly after his ordination in 1955, he volunteered for the missions in Brazil,” the OLA province noted following their chapter meeting this year.

“He is most noted as being a very compassionate confessor who was always available for the Sacrament of Reconciliation. Many people sought him out to hear their confession. He was able to bring many people back to the Church and was able to deepen the faith of others.”

Though his ministry took place overseas—not unlike that of many other early African-American priests—Ward was recognized during his life by his fellow Black priests stateside, including in the 1975 book “Black Catholic Men of God,” edited by the late Fr George Clements of Chicago.

At that time, Ward served in a parish in Goiatuba, Brazil, and his more than four decades of priestly ministry also included stints as a chaplain, teacher, spiritual director, and vocations minister.

A few years before his death, he was named a “Citizen of Andrelândia,” an honor reserved for exemplary figures in the Brazilian region where he served. Following his death of a heart attack on June 22, 1999 at the age of 81, Ward’s grave there at São Francisco de Assis Seminary became a pilgrimage site, leading to two reputed miracles as of this year.

The Conventual Franciscans themselves also maintain a strong support of his life and legacy, having sought approval from the Brazilian episcopate to seek his canonization. On June 24, 2020, Bishop José Eudes Campos do Nascimento of the Diocese of São João del Rei gave his blessing for efforts to begin.

The local Conventuals have since installed portraits of Ward in each of their friaries and created a prayer to ask for Ward’s intercession, in view of the miracles needed for his official beatification and canonization, respectively. It is recited at all of their public Masses in Andrelândia, according to the OLA province website.

The friars also maintain a webpage to share Ward's biography and collect notes on his life and intercession.

“All of the preliminary work has been done,” said Friar Douglas McMillan, OFM Conv., an African-American Conventual who recently relayed news of Ward’s cause to the National Black Catholic Clergy Caucus.

“It will go to our Postulator General in Rome for review. It is still in the early stage but has the full support of the friars of the province of origin.”

A number of friars are involved in the official promotion of his cause, including Fr Julian Maria Zambanini, OFM Conv. in the United States and Friars Robson Malafaia Barcellos and Marcelo dos Santos Silva in Brazil.

Should the cause reach official status with the Vatican, Ward would be declared a “Servant of God” and become the seventh African-American on the path to sainthood—and the first to have served overseas.

“We invite everyone to pray, imploring his intercession.”