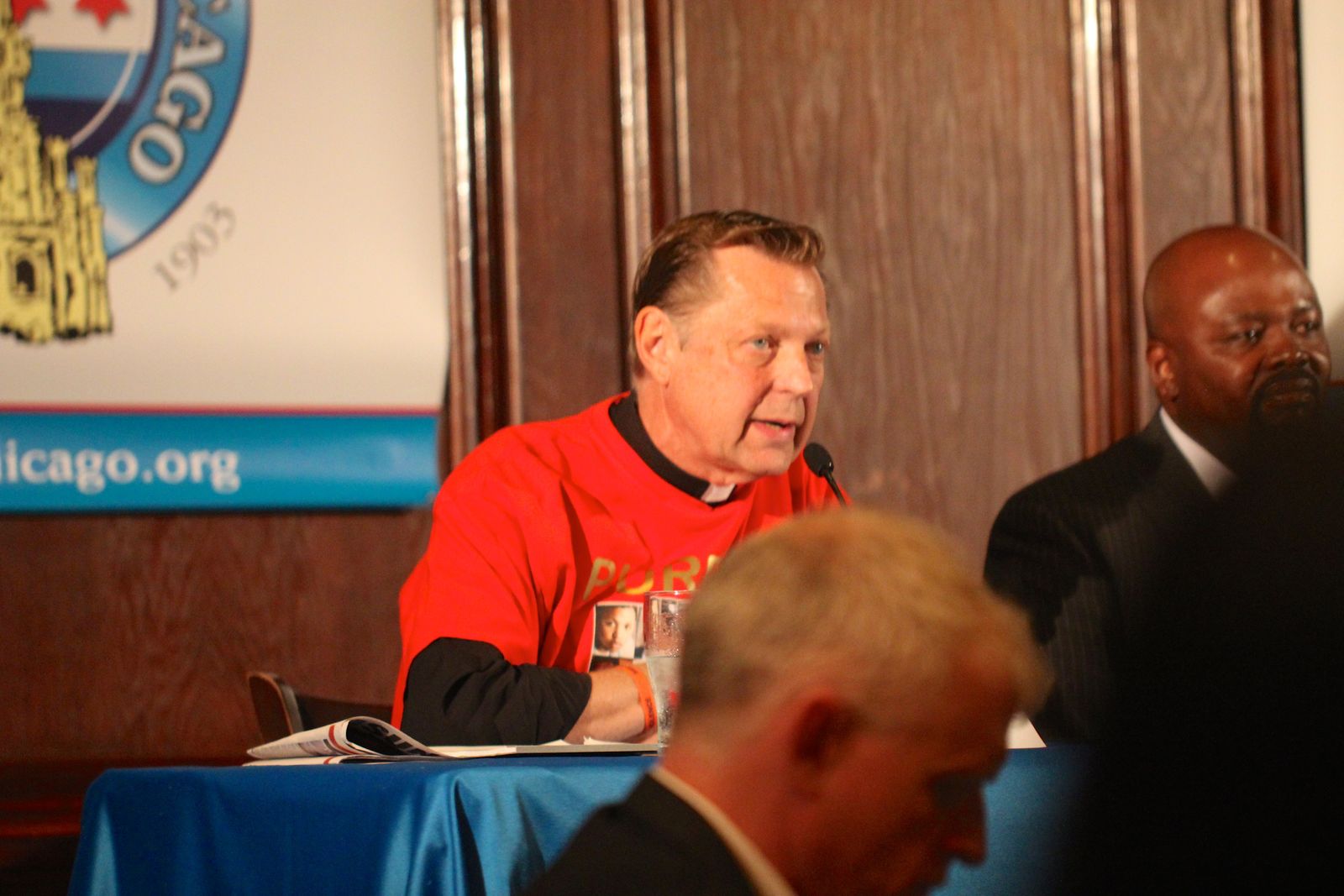 Just days after marching in the streets for justice, Fr Michael Pfleger is in the news concerning sex abuse allegations.

He has been asked to step aside from ministry at Saint Sabina for the time being, until an investigation is completed.

The allegation, from roughly 40 years ago, involved a minor and has not yet been deemed credible. Even so, many in the Chicago community have already begun to speak out in defense or on the attack—mostly along partisan lines.

Pfleger, termed the "senior pastor" of his parish, is no stranger to controversy, having faced multiple episcopal rebukes and suspensions over the years for his outspoken approach to activism and politics.

One such incident involved his adoption of a child the same year he arrived at Saint Sabina—which Cardinal Francis George had explicitly forbade him to do, before backing down. He would later adopt two more.

He has also overseen a litany of changes at the parish, including a heavily inculturated liturgy that today resembles a Pentecostal service moreso than the average Catholic Mass—or even Gospel Mass.

This follows the trend of the late Fr George Clements, a Black priest who helped revolutionize Black Catholicism during the Black Catholic Movement. Clements was also the first US priest to adopt children, beginning the same year as Pfleger.

Pfleger first became a public figure upon collaborating with Clements on justice issues.

Clements himself faced a sex abuse allegation in August 2019, concerning an incident from the mid-1970s. The investigation did not find any "current child victims", but could "not speak to the credibility of the original allegation".

Clements had passed shortly after the allegation was reported, and Pfleger reported his death to the media.

Another Chicago Black priest who faced such allegations was the late Kenneth Brigham, who went on a trip to the Bahamas with Clements in 1972 following a reassignment and revelation of a "condition".

Brigham would later join Clements at Holy Angels, before unsuccessfully attempting to adopt—also in 1981. He was later accused of being in a child sex ring with other priests (including Black priest Victor Stewart) and was named in an abuse settlement.

Stewart was accused of sexual abuse beginning in 1981 and financial impropriety in 1991, leading to his reassignment to a rehab chaplaincy two years before his death.

Colleagues—including Pfleger—respectively characterized Clements' departure from Chicago as borne from "frustration", a need for change, a "yearning" for Africa, and disappointment at not being made a bishop.

Paraphrased by the Chicago Tribune, Clements himself cited "need to bring in new blood". Unfortunately, his successor at Holy Angels, John Calicott, was removed in 1994 due to his own abuse allegations—stemming, again, from the mid-70s.

Calicott was reinstated in 1995 even after the allegations were found credible, before being laicized in 2009 after further incidents and a canonical trial. At the time of his 1994 removal, Pfleger came to his defense:

"We're going from one extreme to the other—from complete cover-up for years to you're automatically guilty and picked up and moved out."