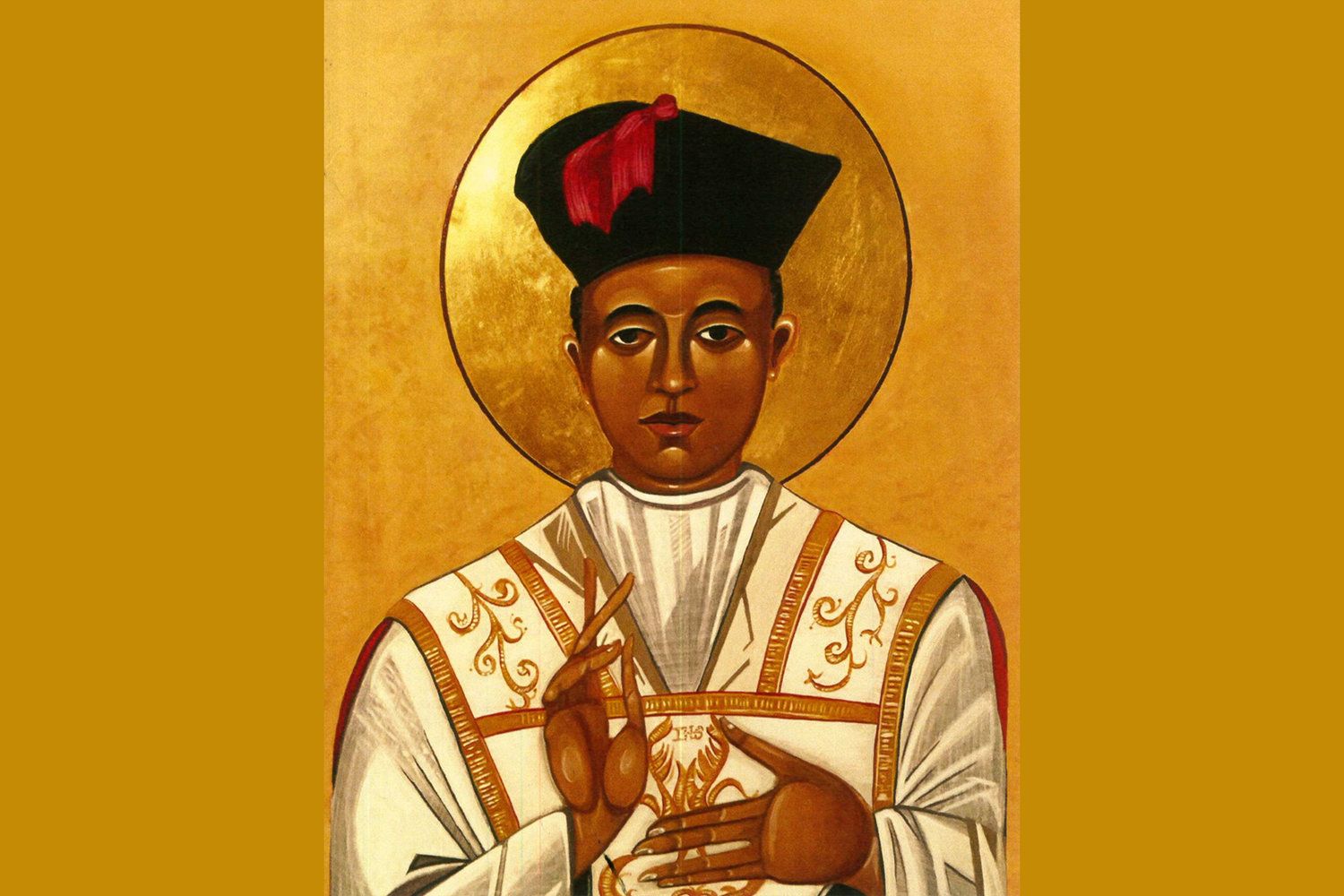 On the day of fools, a man of wisdom was born.

It was a world of contradiction, as some have said, but also a world of straightforward accomplishment. In a nation that explicitly sought to dehumanize the children of Africa, the goal was met. Augustus Tolton, like so many of his continental kin, was born into chattel slavery.

There is apparently something holy about the place he was born, Ralls County, Missouri. It was the home of not only Tolton, but also another Black saint: Servant of God Julia Greeley, O.F.S. The two were also contemporaries, separated from the Show-Me State only by Tolton’s sojourn to freedom in Illinois, and Julia’s flight to Colorado some years later.

Like Julia, Fr Tolton was known for giving from his little to make others rich. Silver and gold he had none, but as a priest—a Black priest—he gave his everything.

Ordained after a second sojourn to Rome (where seminaries did not ban Blacks), Tolton would go on to minister in his native Quincy, Illinois, before racism and other factors led to his reassignment in Chicago.

It was once said by Fr John Slattery, SSJ, a White cleric eventually driven from the Church by a bastardized White Gospel, that the mission of a fully thriving Black Catholicism would not be complete “until we have hundreds and thousands of [African-American] priests”.

He said this just three years after the ordination of Fr Tolton, at the inaugural Colored Catholic Congress in Washington, DC. He said this in Tolton’s presence, who was there to celebrate the Congress’ opening ceremony, a Solemn High Mass.

The data says there are only 250 African-American priests today, a paltry sum. But we are closer to Slattery’s lofty prophecy than we were 132 years ago, and this is to be celebrated.

Likewise, Fr Tolton is closer to canonization than ever, and plans have been partially revealed for a future Chicago shrine in his honor. His home diocese of Springfield considered a shrine of its own in 2019, and just this week his home parish erected an outdoor memorial. (And it perhaps goes without saying that Black parishes nationwide have had shrines in his honor for some time now.)

It is ironic that this year, Tolton’s birthday falls on Holy Thursday, the day we commemorate the institution of the Lord’s Supper. It is precisely this gift, Christ in the Eucharist, that surely kept so many Black Americans in the Church despite all manner of deterrents.

As Satan himself sought to discredit the way of God via wayward White ministers and practitioners, God ordained a Black saint on Easter Sunday 1886.

Indeed, the very day we celebrate as the anniversary of the Resurrection became, that day, the dawn of new life for the ebony diaspora of Christ. And on this day, a remembrance of the redemptive and victual Passion, we also remember a suffering Black priest and saint.

Venerable Fr Tolton, pray for us. St Augustine's in DC to air virtual, social justice-focused Stations of the Cross 'Her genius': a poem