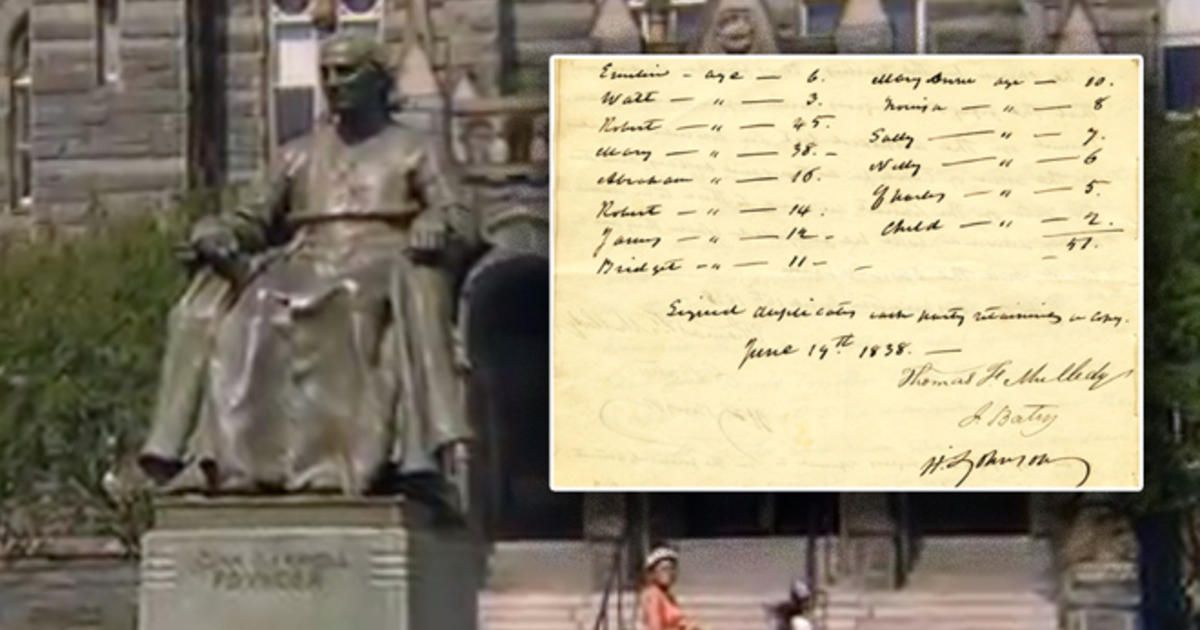 Today marks the first day of the 2021 Spring Universities Studying Slavery (USS) Conference, a virtual event happening today and tomorrow in recognition of Emancipation Day in Washington DC, which originally occurred on this day in 1862.

This latest iteration of the USS series is being run by Georgetown University, and is covering topics ranging from Jesuit slaveholding to White terrorism to DC statehood.

The event is also free and open to all comers—though the university does not appear to have advertised it on its main social media accounts. (Its much smaller Slavery Archive, alumni, and literary press accounts each put out roughly one post apiece.)

The school is currently embroiled in its own controversy in regards to slavery, as it attempts to make amends for slaveholding both among the Maryland Jesuits and specifically a mid-19th century slave auction meant to bolster GU’s finances.

A GU272 Descendants Association has since emerged, and is currently the sole negotiating partner of the Jesuits in regards to reparations—a fact which has angered many descendants who allege they have been left out of a new billion-dollar deal/foundation.

A recent correspondence from US Jesuit President Fr Timothy Kesicki, SJ to some of these descendants shows Kesicki attempting to justify the partnership by arguing that the Descendants Association is the largest extant group advocating for the cause. (The memorandum of understanding between the association and the Jesuits additionally claims that as of April 2016, “a majority" of GU272 descendants had joined the association—a claim that some descendants have called into question.)

Not unlike the HR40 reparations bill currently making its way through the US Congress–clearing committee yesterday for the first time in its 32-year history—the current GU272 deal is also facing criticism over the issue of direct payments to descendants. (Though in the case of the latter, they are not even on the table.)

Speakers at this week’s conference include Kesicki, as well as Joseph Stewart, a member of the Descendants Association and co-chair of the “GU272 Foundation" (presumably the same organization as the aforementioned Descendants Truth & Reconciliation Foundation).

One other descendant is also listed as a speaker, Mélisande Short-Colomb, who collaborated with GU students to introduce—and pass—a referendum to establish a $27.20 student fee to fund reparations for GU272 descendants. (The measure was later passed over in favor of an independent fund announced by university presdent John J. DeGioia, who is also speaking at the conference.)

Roughly 30 other speakers are also slated to appear, including XULA’s Dr. Tyra Gross, seniors officials in the administrations of DC mayor Muriel Bowser and New Orleans mayor LaToya Cantrell—both of whom are Black Catholics—and various scholars from around the country.

The conference runs until 7pm EST tonight, and starts up again at 10am EST tomorrow.