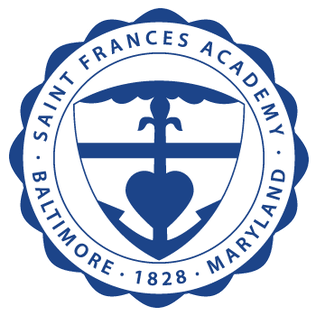 Having gone their first two centuries in the tradition of most historic Black Catholic schools—quietly, and with a healthy amount of struggle—in 2016, they received the call of a lifetime.

Francis Xavier "Biff" Poggi, a White ex-Catholic from across town (yes, quite literally across the railroad tracks) had, via his former assistant coaches, offered to take over the somewhat ramshackle SFA football program.

But this group of coaches was not from just any old school.

They were Gilman Guys.

In my years growing up in Evansville, Indiana, a relatively small town of 100,000, where there are but 5 public high schools and two that are private and Catholic.

There, you attend the school in your district. If your side of town happens to have have notable athletes, you might just have a squad on your hands.

And generally, there was no skirting the system: you play where you live.

But even then, there were exceptions. Occasionally a student might use an aunt or uncle's address to go to a better school (and/or team), and some might just lie altogether and hope no one finds out.

I myself attended one of the higher-quality public high schools by using an address I did not in fact live at. The school was 10% Black at most—including one student who may or may not have lived in-district, but certainly stood at 6'7", dominated local competition, and was certainly nothing less than a recruit.

I suspect he and I both were supposed to attend the city's inner-city high school, which was about 40% Black. I know I was.

In lieu of race-related histories to which surely no readers need too much of an introduction, I will merely note that most of the private high schools of Baltimore not founded by a venerated Black Catholic during the first 50 or so years of the United States are, in fact, White and wealthy. And pretty good at football.

The one private high school in Baltimore that was founded in 1828 by Servant of God Mary Elizabeth Lange, OSP, the country's first Black Mother Superior, is, in fact, not so wealthy and was founded to (illegally) teach Black kids to read the Bible. It stunk at football before 2016 (which they play in a public park to this day), and wasn't even co-ed until 1974.

Or at least it was.

Enter the Gilman crew, who not only turned SFA into a football powerhouse, but also afforded them, after a yearlong delay, Biff Poggi himself, their former head coach and—perhaps more importantly—a multimillionaire.

One of my most vivid memories from my hometown, is the fact that a handful of gifted African Americans attended the Catholic high schools—especially the one just a few blocks away from the 'Black' high school—on "scholarship".

While these were terms I otherwise associated exclusively with college athletics, it was made plain to me that, although these private Catholic high schools were just as expensive as I might assume, not everyone was paying.

I actually found that kind of cool. It became even cooler once I myself transferred schools, from the inner-city HS to the award-winner on the German Catholic side of town.

"West Side, best side," we would say.

It quickly grew on me, despite my legitimate affinity for the side of town where Black people actually lived. I started to enjoy the (few, artificial) benefits of being the Black face in a White space.

I felt like I had been recruited myself. (I hadn't.)

I even started to dream of measuring up to the 6'7" superstar I faced in practice. (I didn't.)

All the while, the Catholic school across town drew a Black student here and there (including exactly one of my middle school classmates), and they seemed to always be good at a sport. Or two.

One such student, who was a citywide hot topic when I was still in that middle school, went on to star at a Big Ten powerhouse. She's now a head coach at a university nearby.

And SFA's new football operations are certainly programmatic, drawing (and, on Poggi's dime, housing) recruits from around the country who want to play for B-more's finest.

And—also on Poggi's dime—against the country's finest, as the schools in their conference have refused to play them since their Bruce Banner-esque transformation.

No, it's not the fact that he left the Catholic Church and is now Protestant (Calipari being a devout Catholic, anyway).

No, it isn't the fact that his defenders, including himself, have pointed to his players' college prospects and uplift as a sort of White Knight salve for all other considerations (much like Calipari's NBA pipeline often gets him a free pass for fueling the NCAA's blatant disregard for academics and ethics).

And no, it's also not the fact that he is a White coach masterminding a sports program that, like all others of its type, contributes to the gradual brain damage of its mostly Black participants (though I personally would love to have that dialogue).

And while these issues certainly are not not the problem, the main issue is this: with fame and fortune come dependence.

When the time comes for John Calipari to leave Lexington and command Rupp Arena no more, Big Blue Nation will likely not have much to shout about. The recruits will dry up, along with a healthy portion of their budget and TV time.

And so it may be when Mr. Poggi, a football coach, eventually departs Seton Hill—perhaps along with many of the school's scholarships (SFA and college), teacher salaries, meals, and tutors.

Granted, Poggi was—oddly—funding some of those elements even before he officially left Gilman to come coach SFA, but a prolonged and newsworthy dependence upon the interest-conflicted generosity of a single individual seems objectively precarious.

The other Catholic high school in Evansville was on the west side of town, my new (educational) home.

Unlike the one which drew "recruits", this institution drew from a feeder system of Catholic primary schools that apparently put the other Catholic HS to shame, regularly producing state finalists and champions in various sports without outside help.

One notable member of these teams was an African-American.

Not as memorable to me as the Catholic-schooled Black recruits on the south side of town, I do recall that he was both biracial and, again, not an outsider.

He was presumably an actual Catholic himself.

At that stage in my life, the notion of a Black Catholic was entirely alien. A Protestant myself (and of the Jack Chick variety), I had little tolerance for Romanist dogmas, and confidently promoted my views despite their incoherence.

"Black people simply know better than to be Catholics."

This was a first.

Perhaps reality's small victories in these moments contributed to my conversion some 10 years later, a process during which I discovered my mother's Catholic ancestry—including a few cousins who attended Evansville's west side Catholic high.

As COVID affects SFA football players for the worse, from a (still growing) dearth of opponents to a similar dearth of social activity, there is the not-so-unreasonable chance that its financial reverberations affect Poggi—a hedge fund manager—as well.

And in the ESPN era of Panthers football, what affects Poggi affects the school, in a way inconceivable just a few short years ago.

While a great many Black Catholic schools and institutions were originally created with the generosity of (White) philanthropists—including my current university, as well as the sole (and now-defunct) Black Catholic parish in my hometown—it is perhaps unprecedented for one to be so deeply connected to the bank account of one of its own (White) employees in the 21st century.

"Where you go, I will go," as a wise woman once said. But who would have thought that Saint Frances' kinsman redeemer would be a White guy named Biff?

But really. Should Black Catholic schools ever say no to money? Fame? A ticket out of the hood for their students? A pay-per-view docuseries?

What would Mother Lange say?

While she can of course be reached by the faithful at any time, Poggi did not respond to a request for comment by the time of publication.

In any case, as the media continues to scrape the largely inactive football program for whatever stories it can, one can only hope and pray that their next HBO special will be a positive one, rather than a riveting explication of tragedy.

As it were, though, Servant of God Mary just so happens to be in need of a miracle.