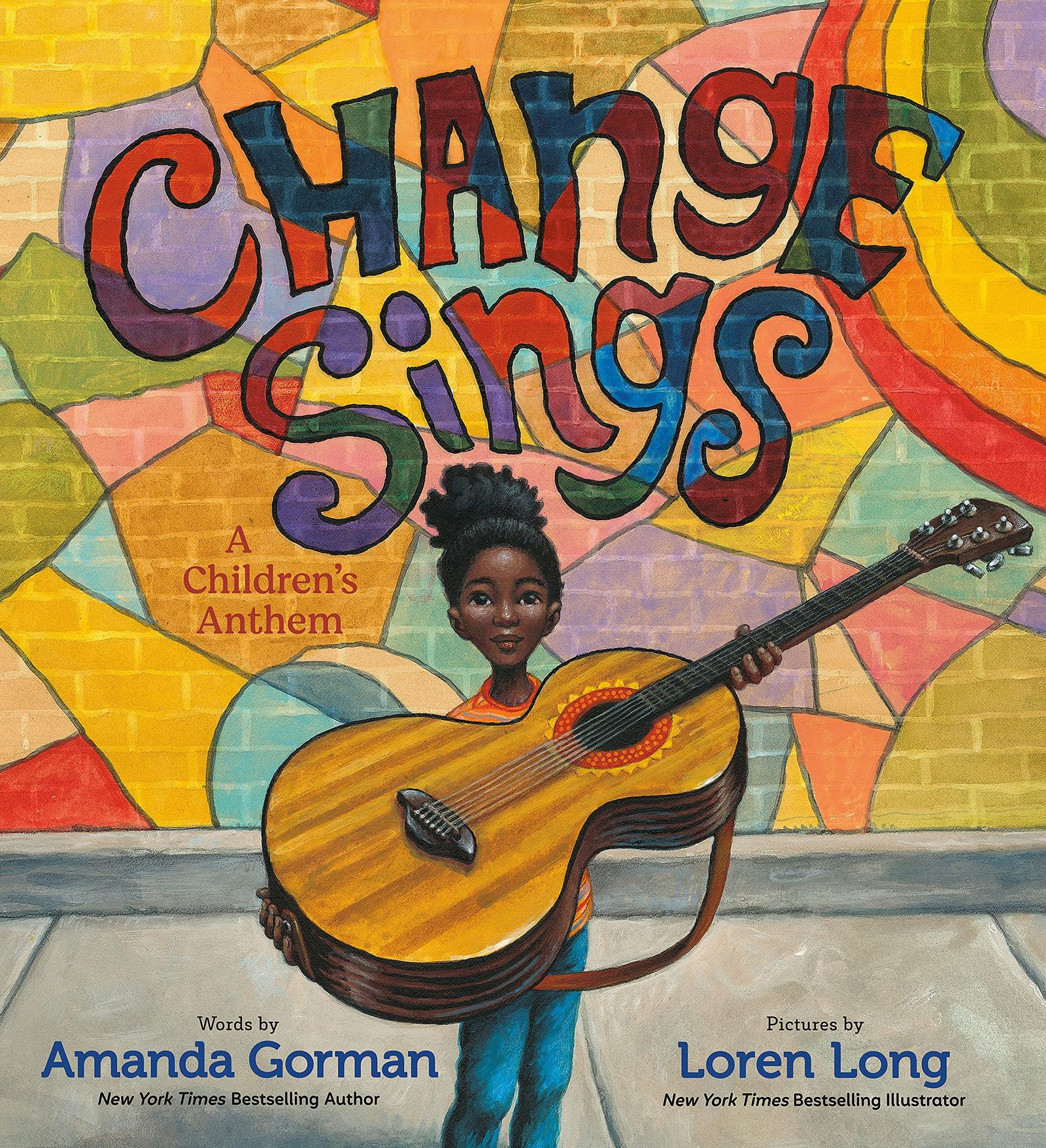 Fresh off of her hosting duties at last week’s Met Gala and the announcement of a new gig as Estée Lauder’s first-ever Global Changemaker, Amanda Gorman is again celebrating a book release—this time for the kids.

“Change Sings: A Children’s Anthem”, a picture book created in collaboration with illustrator Loren Long, is in bookstores today as well as online in ebook and audiobook form.

It was originally announced in January, when the Harvard-educated Gorman became a household name after a show-stopping reading of her powerful “The Hill We Climb” poem at the inauguration of President Joe Biden.

“I wrote this book because I believe every child has the ability to make a difference,” Gorman said in a promotional video released by the publisher, Penguin Children, that same month.

This morning, she was featured on the Today Show promoting the book.

“I’m very fortunate to have family and friends who keep me grounded and remind me of who I am,” she said, perhaps a reference to her parish which has been featured in the media multiple times since her faith became widely known.

“It hasn’t even been a year yet and I’m looking back at [how] my life has changed. I’m just so grateful for all of it.”

Her new book stars a young Black girl who encourages her community to join her in service and song as she journeys throughout her day—a welcome message in the current social climate, to say the least.

It is the second of three books this year from the former National Youth Poet Laureate, including March’s book version of her inauguration poem—which topped the NYT bestseller list—and her second poetry collection, “Call Us What We Carry”, which is due December 7th.

Originally an instant best-seller upon its announcement, immediately taking the #2 spot on the Amazon book charts, “Change Sings” remains strong in sales as of Tuesday afternoon, at #48 overall and #17 in children’s books.

Early reviewers are calling it “beautiful”, “clever”, and “rhythmic”, reflecting the poetic format that drives the content alongside Long’s artistic interpretation.

Kirkus, which reviewed the book over the summer, called it “one to keep, to read, and to reread.”

At last week’s gala, the one-time Vogue cover girl Gorman sported a strapless blue gown evoking the Statue of Liberty, calling her style part of “walking in [her] truth as a Black woman”, in comments to her co-host and co-religionist, the Catholic-raised Keke Palmer.

Now, with her new book out celebrating Black girls and grassroots social uplift, it would appear Gorman is indeed a walking emblem of, well, poetic justice.