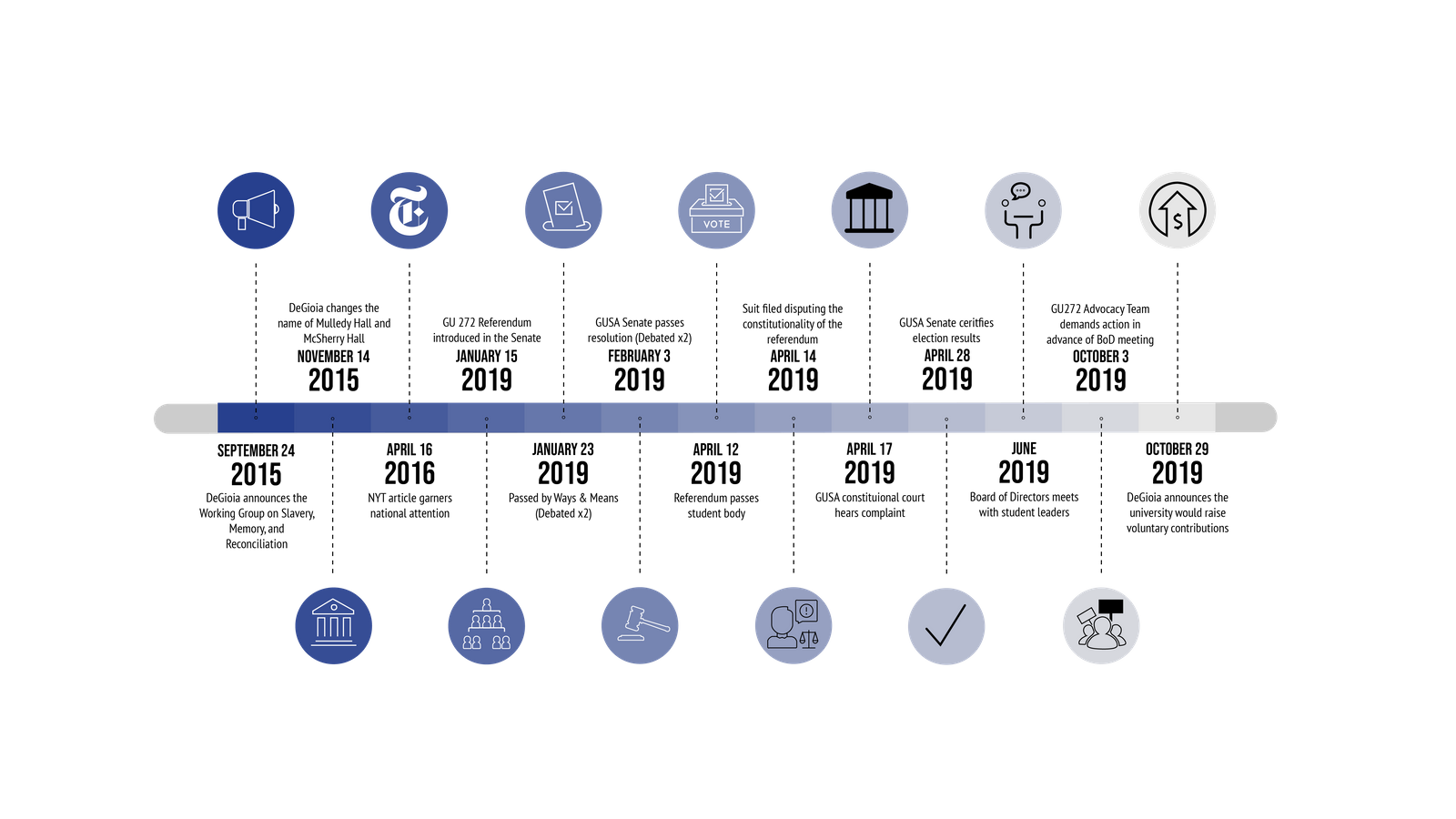 The Jesuits recently made headlines for what is being called “reparations” for slavery, but some of the descendants to whom recompense is owed have begun to speak out, saying it’s a raw deal.

Two descendants of the GU272 (the African Americans enslaved by the Jesuits in Maryland and sold in 1838), spoke with BCM this week about their concerns, saying the $100M fundraising pledge announced by the order was negotiated in “secret meetings”, without input from the wider descendant community.

“The Jesuits only met with the descendant community one time, at the renaming of [Freedom Hall] in 2017 and one time in 2018,” said, Jessica Tilson, whose ancestors were sold off to Louisiana.

“They never spoke to us again.”

The Jesuits did, however, continue meeting with the GU272 Descendants Association, a group purporting to:

“support the goals, objectives and aspirations of all Descendants of the GU272, and further to represent the same interest of all other descendants of people enslaved before and after 1838 by the Jesuits of the Maryland Province of the Society of Jesus.”

This dynamic has quickly become a source of confusion and contention, as the association itself has no legal connection to “all” of the descendants, neither of the 272 nor the larger Jesuit slave diaspora.

“We never signed anything giving them a right to represent us,” said Tilson, noting that she has had difficulty getting the GU272 Association to even hear her case.

“They are reading my messages but not responding.”

(The GU272 Association did not respond to my request for comment, either.)

Duke University’s Dr. Sandy Darity, a fixture in the public discourse on reparations, also spoke out on the latest news from the Jesuits, having been critical of the 272 saga in his seminal work on reparations, “From Here to Equality”, released last year.

It is no surprise, then, to discover that a small organization led by a handful of descendants is catching heat from certain corners of the larger descendants community—who had no voice in the years-long negotiation process.

“We didn’t even know they were meeting until the day the [NYT] story broke,” said Tilson.

In the case of descendants from those enslaved by the Jesuits but not sold off, representation may be precluded altogether.

“The [GU272 Association] and foundation state publicly that they [only] represent descendants sold to Louisiana,” said Chanda Norton, a descendant of the enslaved African Americans who remained in Jesuit bondage in Maryland after the sale of the 272.

Until now, the narrative has largely been that, after the revival of popular interest in the Jesuits’ history of slaveholding (via an exposé of sorts from the New York Times’ Rachel Swarns—a Black Catholic—in 2016), the order collaborated with descendants and eventually committed to reparative action.

The reality, however, is that Georgetown had been pressured by descendants and students well before the NYT piece to make meaningful recompense for the Jesuits’ participation in “America’s Original Sin”, including various back-and-forths over dollar signs and renamings of campus buildings honoring slaveholders.

(As it were, this portion of the saga was covered mostly by Georgetown’s student-run media outlets, largely missing the national gaze.)

Tilson herself was covered in The Advocate just two months after the original NYT story, explaining how she discovered her connection to the 272 and the countless other descendants living in her area of Louisiana.

"I have been researching the lives of our ancestors for almost 5 years," she tells BCM.

“In [my town], I was raised to stand up for others even if I get nothing in return. I have never turned anyone away."

Tilson even spoke alongside other descendants (including the GU272 Association’s founding president) at the Georgetown ceremony in 2017 where the previously renamed Freedom Hall was again rechristened—this time to honor one of their ancestors, Isaac Hawkins.

As his story and that of the rest of the 272 became national news, the profile of the GU272 Association was raised, causing its handful of leaders to be seen as spokespersons of sorts.

And despite its apparently tenuous connections to the larger descendants community, the association has now emerged as the sole descendant voice in the new billion-dollar Descendants Truth & Reconciliation Foundation (run in tandem with the Jesuits themselves).

However, contrary to the popular understanding (largely borne of the latest media headlines), the descendants as a whole will not be receiving cash payments from the Jesuits.

Instead, the foundation's budget will include supporting "individuals, organizations and communities" working to foster anti-racism and atonement for slavery generally (50%), financing educational goals for descendants (25%), and covering "emergency needs" for elderly or "infirm" descendants living in poverty (<25%).

A patchwork of other organizations are also actively pursuing action in partnership with the GU272 association, including the Jesuits’ Slavery, History, Memory and Reconciliation Project; the GU alumni-run Georgetown Memory Project; American Ancestors, the GU272 Memory Project from American Ancestors, an outlet of the New England Historic Genealogical Society; and the W. K. Kellogg Foundation, of which two affiliates sit on the foundation's board of trustees.

(At least two other organizations focus on the descendants of specific GU272 descendants.)

"Students for GU272", an on-campus organization at GU, revived their dormant social media accounts over the weekend to publicize the descendants' concerns as well as a town hall meeting scheduled for April 12th, the second anniversary of the GU referendum to establish a student fee to fund reparations.

Tilson herself publicly opposed the fee (alongside another group of students) on the grounds that the university should pay out of their own coffers. The referendum still passed, but GU administrators opted to create their own $400k fund instead.

This led to students creating the aforementioned organization in protest, and eventually to the Jesuits' eye-popping $100M pledge—funded almost entirely by outside donations.

Norton and other Maryland-based descendants of the 272 are now running a digital letter-writing campaign distancing themselves from both the GU272 Association and the deal it has agreed to with the world's largest religious order. (Several dozen descendants have signed the petition already.)

Tilson is considering starting a petition to have Hawkins' name removed from the campus hall, and she says her wing of the Louisiana descendants—reportedly 900-strong in one town—plan to advocate alongside various other descendant groups.

“Maryland descendants, St. Louis descendants, even the other Louisiana descendants,” she said, listing the various groups she knows to have been excluded from the settlement talks.

“My cousins—some I know and some I will never know—deserve to be seen and heard.”