When one digs deeply into the Marian image revealed to St. Juan Diego and Bishop Juan Zumárraga, OFM in 1531, a distinctly Black Catholic narrative emerges. Nate Tinner-Williams dives in.

Fresh off the feast of St. Juan Diego, we come today to the Marian feast with which he is so strongly connected: that of Our Lady of Guadalupe, the patroness of the Americas and a permanent fixture in much of Latino culture.

While the Blessed Virgin’s Mexican-tinged title has taken on a distinctly global significance in the half-millennium since its inception, it has apparently had minimal influence among African-American Catholics, who are not particularly associated with any one Marian expression.

That fact is intensely curious, however, when one considers a largely forgotten aspect of Our Lady’s apparition as an indigenous woman to a lowly Chichimec Catholic farmworker.

You see, there was just something about her eyes.

Look closely—microscopically, in fact—and you'll see that, amid the varied symbolism present in the image of Our Lady miraculously imprinted on Juan's tilma, there is a peculiar scene (or scenes) depicted in the dark shades of her irises.

The image within the image was first discovered in the early 20th century, when various observers noted the features of her eyes appeared to contain not only a human person, but in the tripled form one might expect in the reflection of human eyes. The discovery was quickly silenced by Church authorities as an act of prudence, however, as the Cristero War of the late 1920s brought fierce persecution against Mexican Catholics.

Dr. José Aste Tonsmann, a Peruvian engineer and Cornell University graduate who later studied the Guadalupe image using modern technology, has claimed that the legendary depiction—which has repeatedly been shown to be genuine—actually contains at least 13 figures. He detailed them in his “El Secreto de Sus Ojos” (The Secret in Their Eyes), a Spanish-language text first released in 1998.

The images are said to be a visual reflection, mirrored in both eyes as a loose representation of the scene when Juan Diego opened his tilma before Bishop Juan Zumárraga, OFM on December 12, 1531 at the episcopal palace in Mexico City.

Even more interestingly, among the figures present—several indigenous persons (including what appears to be an extended family) and an elder (likely Zumárraga)—is none other than a dark-skinned Black woman.

At the time, Zumárraga headed the Diocese of Mexico (City), housed within a colony that would remain under Spanish rule for three more centuries. The region was then a mix of Spanish and indigenous persons—the Conquest of the Aztecs had been completed just a decade prior—and was not known for a significant Black presence, though enslaved Africans had been imported by the Spanish since shortly after the colonial takeover.

(Two of the more famous Afro-Spanish Mexicans of the era were Juan Garrido, identified as a notorious conquistador himself, and Gaspar Yanga, a formerly enslaved man who in 1609 founded the first free Black city in the Americas.)

Such was the Afro-Spanish dearth in colonial Mexico that, in response to Tonsmann’s discoveries indicating that a Black person was present to witness the revelation of Our Lady of Guadalupe, scholars were taken aback at the possibility.

Further research, however, revealed that Bishop Zumárraga—like many Catholic prelates in the New World—was in fact a slaveholder and held a Black woman named Maria in bondage during his episcopacy. It is said that he greatly valued her service, involuntary though it was, and emancipated her in his will. Zumárraga also owned at least two other Black slaves, including a young Black man sold to him by a friend and another from a wealthy donor.

Tonsmann, in assessing his discovery of Maria and the others, has speculated that the secret images were perhaps meant to be discovered in modern times for a reason.

“The Virgin knew that only by using modern technology would the secrets contained in her eyes be discovered,” he told St. Anthony Messenger in 2003.

“The scene of anonymous people could indicate the importance of the family and its values; the presence in the Virgin’s gaze of people of mixed race could be an anti-racist warning.”

Today, the Basilica of Our Lady of Guadalupe, constructed in Mexico City on the Hill of Tepeyac where the Virgin first appeared to Juan Diego and asked him to build a church, is one of the most-visited Catholic shrines on earth, with 10-20 million pilgrims each year. Its perennial draw was highlighted by the Associated Press just this past weekend, and last month the Archdiocese of Mexico released the first photo ever taken of the Guadalupe image, by Manuel Ramos in 1923.

It's a safe bet that most of the Guadalupe shrine’s patrons are not Black, nor are most of those who claim her as a national patron. Just 2% of Mexicans claim African descent, and the country first began asking the question on the census in 2020. As such, being seen by the Mother of God (if not by your own country’s leaders) may be a major message being conveyed to her children by the revelation of her eyes in the 1531 apparition.

And how aptly named was the enslaved girl Maria, whose own eyes saw in the tilma a mother of a miraculous kind, having likely been torn from her own parents in the throes of state-sponsored human trafficking. Her children, too, cry out to be seen and heard and recognized.

Indeed, one might conclude that the Virgin of Guadalupe has a message of consolation for the wider African diaspora, perhaps especially those living under the specter of White Supremacy and the vestiges of the Transatlantic Slave Trade.

Perhaps, in their trials and tribulations, the Blessed Mother has for them the same message she had for a humble farmer some 500 years ago, whose life became itself a tapestry of grace that helped convert much of the New World to the Catholic faith:

Mary and Maria, pray for us. 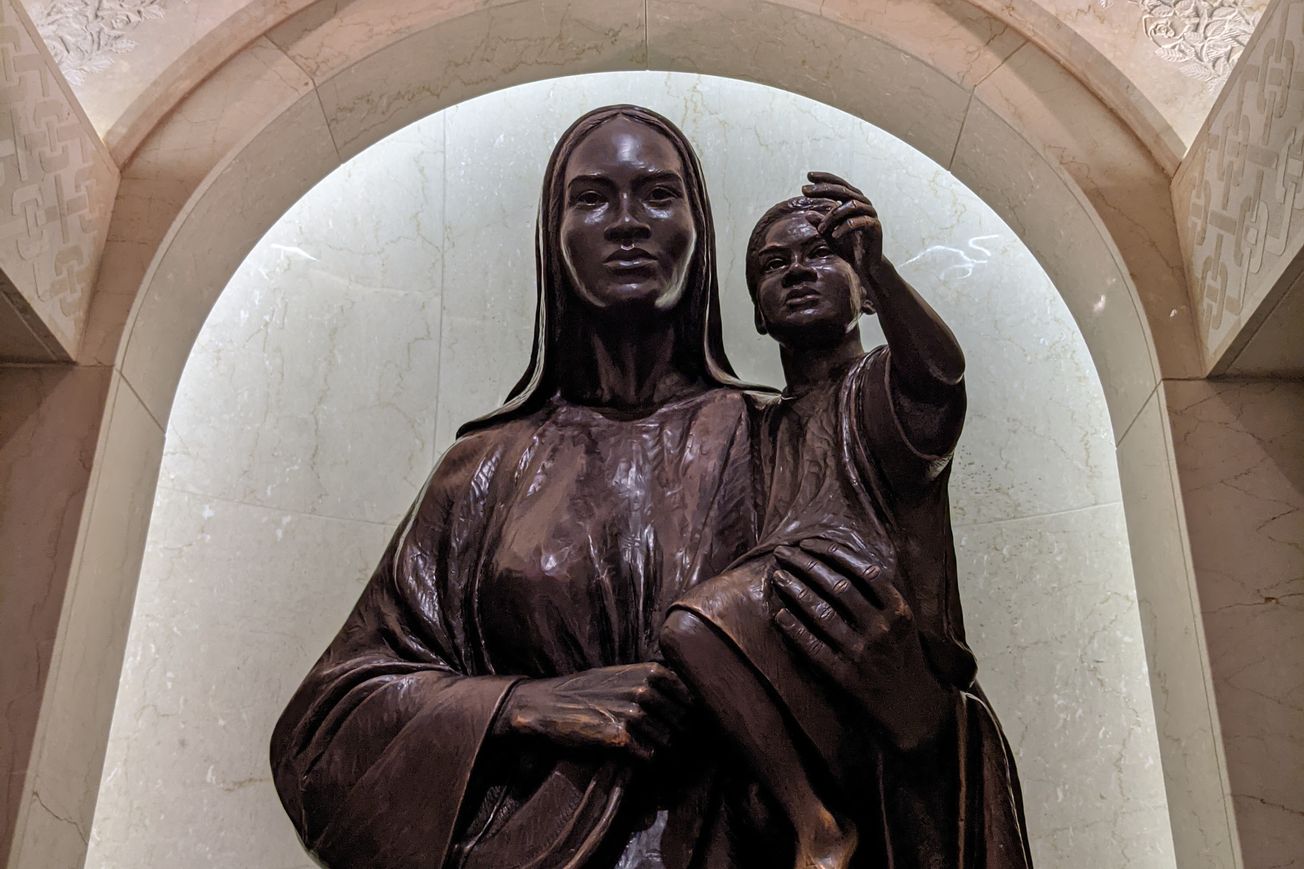 Registration open for Our Mother of Africa Chapel silver jubilee 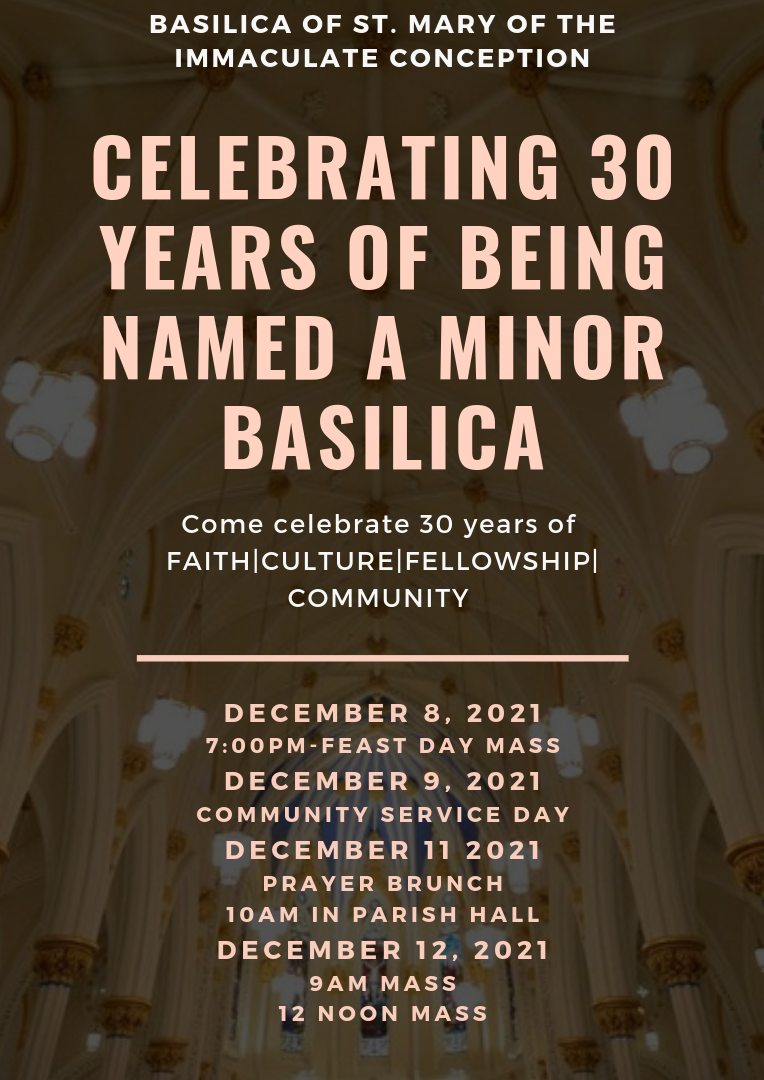