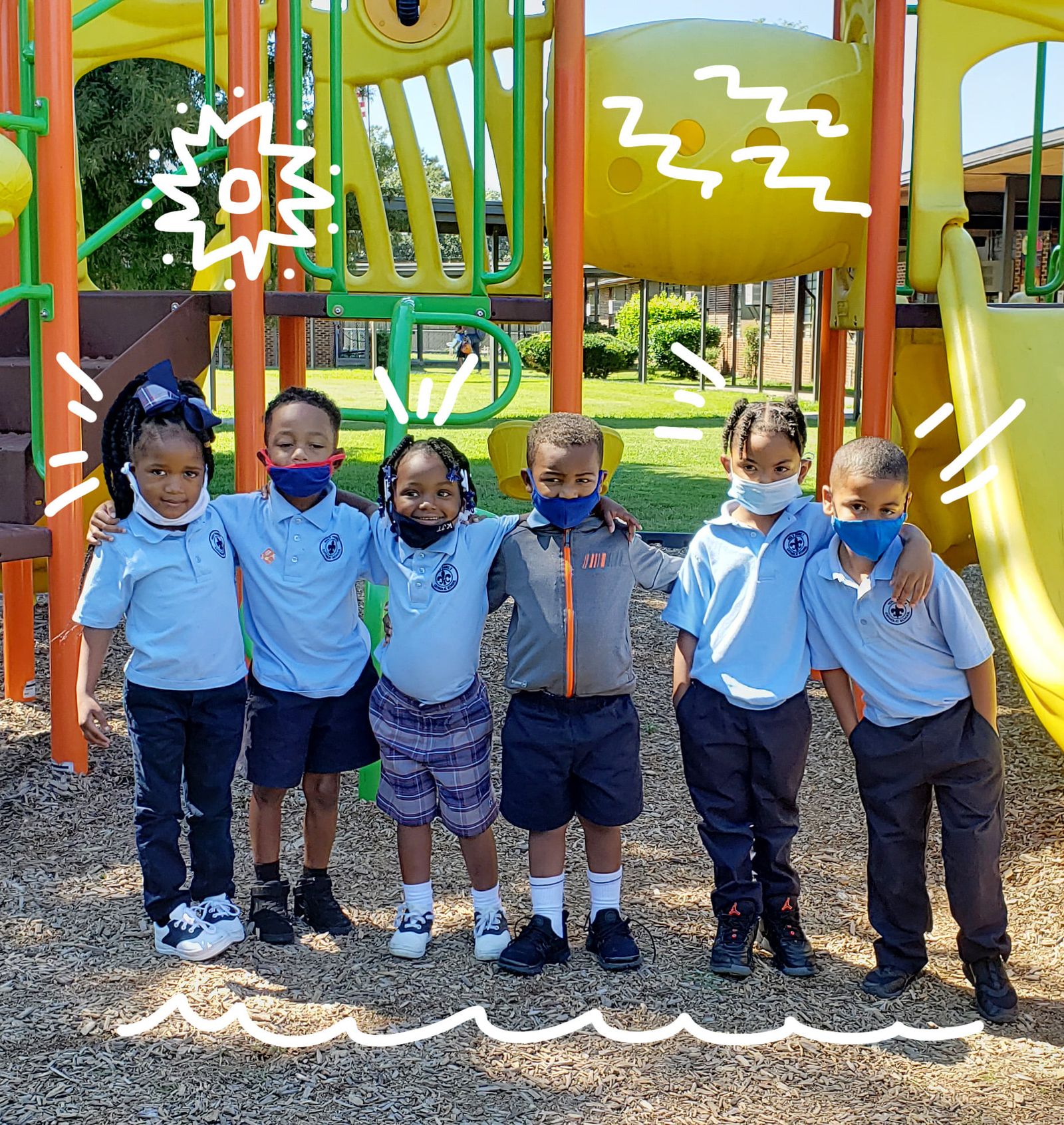 Holy Family Catholic School in Lafayette, Louisiana, is mounting a $5M capital campaign as they seek to expand their facilities and strengthen Black Catholic education in Acadiana.

“[An] increase in students has created a dire need for more classrooms and community spaces to support and sustain the school’s growth,”reads a pamphlet from the 118-year-old PreK-8 institution, which is seeking to build a new middle school and gymnasium.

“The school must expand in order to continue its mission of cultivating gifts of the young Catholic students in our community.”

The Diocese of Lafayette held a livestreamed press conference on September 23rd announcing the campaign, including remarks from Bishop Douglas Deshotel and multiple school and public officials.

Founded in 1903, HFCS is just one of several historic Black Catholic schools in South Louisiana, and one of two in its own neighborhood, with the famed Holy Rosary Institute (founded in 1913) located less than two miles away.

HFCS, however, is one of only a portion to survive. (Holy Rosary closed in 1993 and is now a historic landmark in the process of a long-delayed restoration.)

Located squarely within Creole Country—and the farthest reaches of the former Confederacy—HFCS serves a 95%-Catholic student population, and a similar percentage of students qualifying for free or reduced lunch.

The Sisters of the Holy Family, Venerable Henriette DeLille’s pioneering order of Black nuns, originally founded both HFCS and Holy Rosary, and continue to staff the former.

“We need to make more room for God’s children,” said Sr. Rachael Williams, SSF in a promotional video for the capital campaign.

“With more property, we can add much-needed classrooms and common spaces.”

School officials note that students are often leaving HCFS upon matriculation to middle school—despite HFCS recently adding the seventh and eighth grades to their offerings—because of the lack of a proper gym, which is non-negotiable for many young athletes and their families.

A breakdown of the school’s fundraising plans is available on the diocese’s webpage for the campaign, and prospective donors can make a contribution here.

Additional information can be obtained from the capital campaign director, Monica Johnson, at (337) 704-5295 or at https://diolaf.org/holyfamily.

FundraisingAcadianaEducationSisters of the Holy FamilyYoung people
Share this article on: 'Leaning into the future God has for us': Atlanta's Our Lady of Lourdes Catholic Church nearing goal for $3M capital campaign