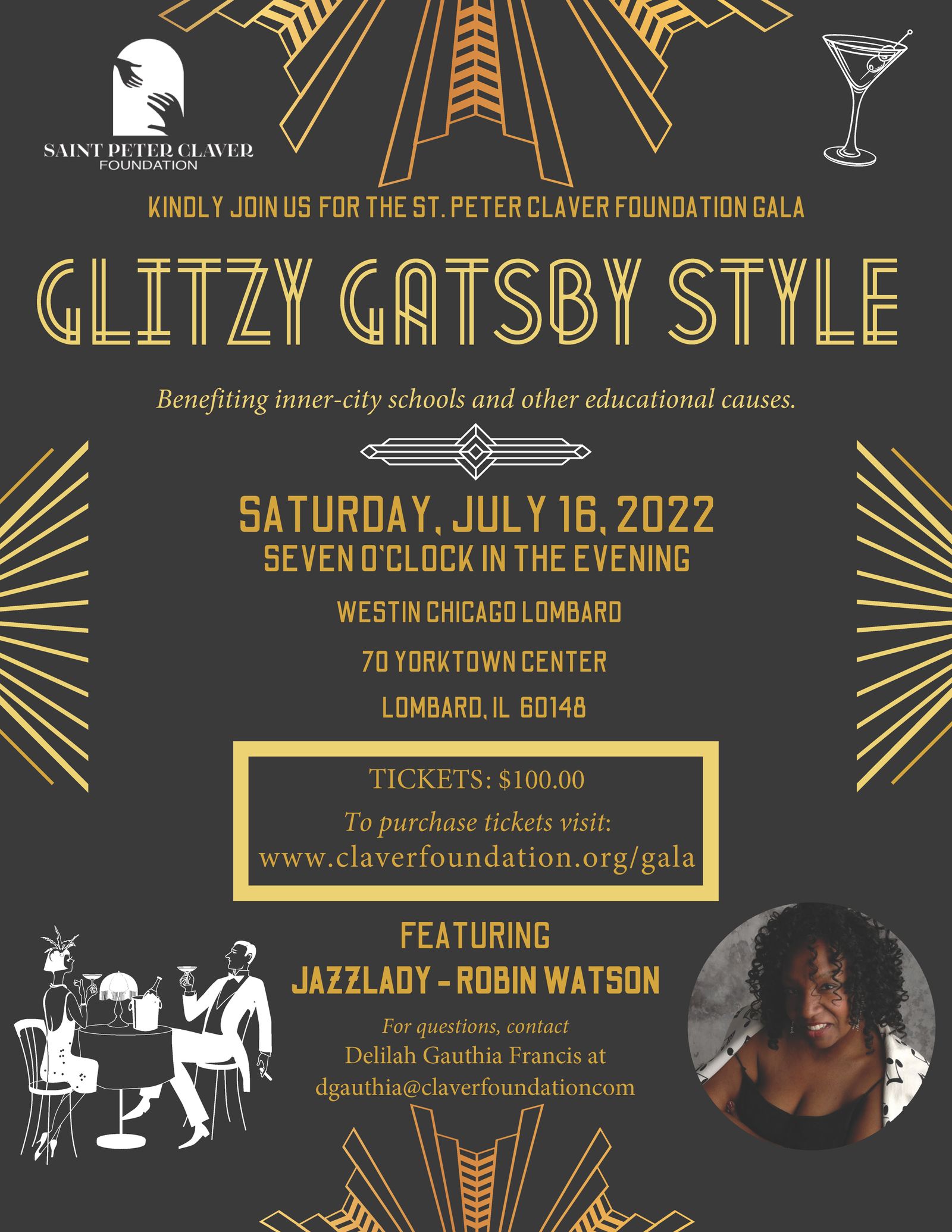 The charitable arm of the Knights of Peter Claver and Ladies Auxiliary will host their annual fundraising gala on Saturday, July 16th in Illinois, part of the proceedings of the historic Black Catholic fraternal order’s 106th national convention.

The black-tie event, to be held in the Westin Chicago Lombard at 7pm CT, will benefit the Saint Peter Claver Foundation’s scholarship fund.

“Members of the SPCF board of directors look forward to your presence for a festive evening of fellowship and entertainment, while learning how you or your organization can support its many causes,” reads a press release issued dated July 5th.

The theme for the event is “Glitzy Gatsby Style,” an ode to the Roaring Twenties and the jazz styles produced by the Black community throughout the 20th century. Entertainment will be provided by Jazz Lady Robin Watson, a local Black musician in the Chicago area. The gala is open to all ticketed guests and KPC membership is not required.

Tickets are $100 and can be purchased on the SPCF website through July 15th. The foundation is also hosting an online silent auction through July 18th and is accepting general donations as well.

The foundation supports various philanthropic efforts in the Black community, including the KPC social justice campaign and youth development microgrants. The SPCF also organizes the Black Sainthood Fund in support of the six African-American Catholics with open causes for canonization.

In partnership with Moldex, the SPCF has also helped distribute 100,000 N-95 masks in urban communities during the COVID-19 pandemic, which is known to disproportionately affect African Americans.

The KPC convention will run from July 15-20th at the Westin, gathering junior (ages 7-18) and senior members from around the country for their first in-person national gathering since 2019. While the general proceedings of the event are private, the convention’s Sunday Mass will be livestreamed at 10am CT, as will a public forum on social justice at 6:30pm.

The convention’s scholarship raffle, taking entries online through July 18th, has raised over $11,000 as of Monday morning. Winners can receive up to $5,000 in cash of their own, with the raffle drawing to take place during next week’s convention proceedings.

The order itself—which will celebrate its 113th anniversary later this year—was founded in Mobile, Alabama with the help of four Josephite priests and a group of local laymen. KPC has since become the largest and oldest Black Catholic organization in the United States.

The SPCF assists the order “by supporting individuals and institutions committed to advancing the quality of life for all citizens by working in partnership with the Claver community.”

“The Foundation renders service to God and His Holy Church while promoting charitable works to the causes of social justice, education, youth development, religious support, disaster recovery, and health and wellness.”

New KPC members are being accepted year-round, and interested individuals can contact the national office for more information, or register online before being formally initiated and joining a local unit.