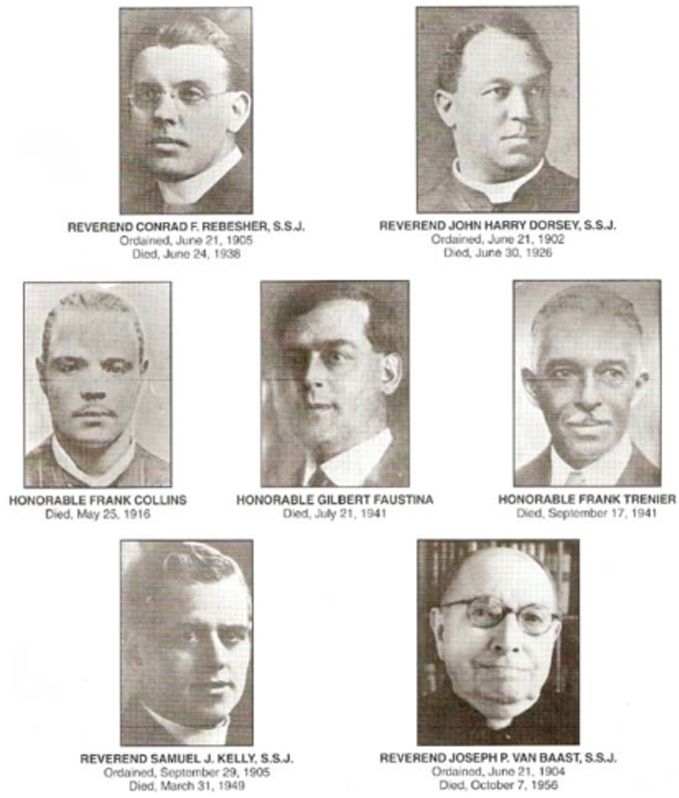 The nation's premier Black Catholic fraternal order, the Knights of Peter Claver and Ladies Auxiliary (KPC), will hold their annual Founders' Day Mass tomorrow, November 7, at 4pm CST. The celebrant will be Auxiliary Bishop Fernand J. Cheri of New Orleans, and the service will be broadcast virtually on the KPC Facebook page and on their website. The order is marking its 111th year.

The oldest Black Catholic lay organization in existence, the KPC was founded in 1909 by a group including Fr Conrad Friedrich Rebesher, pastor of Most Pure Heart of Mary Catholic Church in Mobile, Alabama; 3 other priests working along the Gulf Coast; and 3 Black MPHM parishioners: Gilbert Faustina, Francis Xavier "Frank" Collins, and Francis "Frank" Trenier.

The founding clergy were members of the Society of St Joseph of the Sacred Heart—better known as the Josephites—and the sole Black priest in the group was Fr John Henry Dorsey, only the second Black Catholic priest ordained in the United States. (The first four were ordained in Europe.)

The inaugural KPC Founders' Day Mass was held at the Cathedral of the Immaculate Conception in Mobile, with Bishop Edward P. Allen as the celebrant and Fr Dorsey as homilist. The first 40 members were initiated that night. They have since grown to over 17,000.

Much like the Josephites, the KPC was founded specifically to serve Black Catholics, in part due to racism and in part due to competition from other Black organizations.

Before the Civil Rights era, Blacks were typically barred from joining any White fraternal orders, Catholic or otherwise. The first Black fraternal orders to appear in response were not only non-Catholic (e.g., Elks), but were in many cases censured by the Church (e.g., Freemasons).

In the Church, the Knights of Columbus loomed large, often "blackballing" Black candidates by refusing them membership based on the dissenting votes of a small minority in local councils. This voting method was not eliminated until the late 20th century.

Thus, the KPC emerged as a Black Catholic alternative to secular or Masonic Black orders, as well as racist Catholic orders. To be clear, though: like most Black institutions in America, the KPC has always been open to Catholics of any race.

Black Saints in the Internet Age