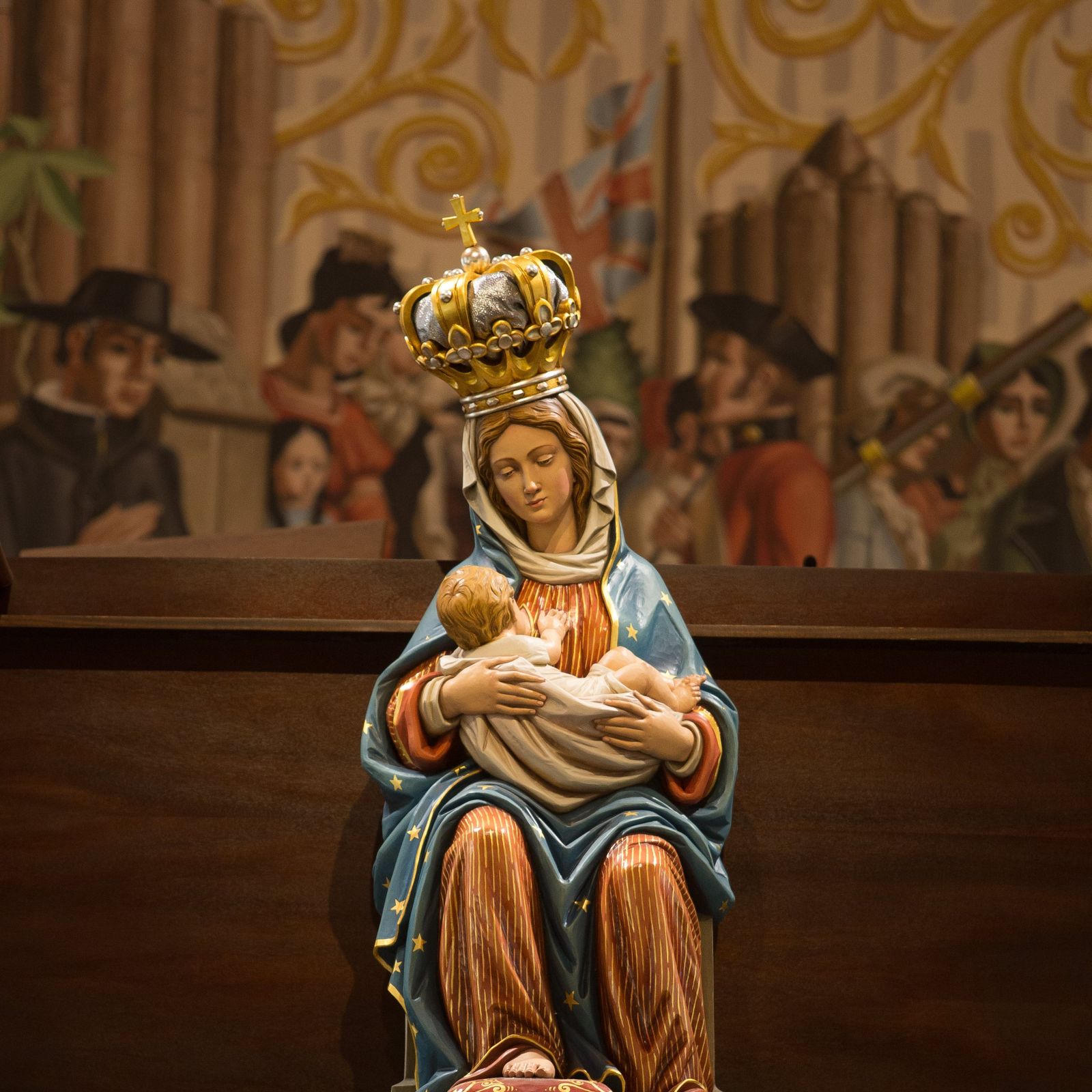 The long-awaited canonical coronation ceremony at the National Shrine of Our Lady of La Leche in St Augustine, Florida—the nation’s oldest city—is a go for October 10th at 1pm CT, set to be just the fourth such ceremony in US history.

The shrine has been closed for months in anticipation of the event, originally scheduled for the diocese’s 150th anniversary last year. That announcement came in tandem with the shrine’s elevation to national status by the USCCB in 2019.

The outbreak of the COVID-19 pandemic occasioned the new date.

The event will be part of a weekend of celebrations centered around the shrine, which is the oldest in the country. It was established in 1609 by the first permanent foreign settlers in what would become the United States, led by Pedro Menéndez de Avilés.

They brought with them a devotion to Nuestra Señora de La Leche y Buen Parto (“Our Lady of the Milk and Good Delivery”), an image of the Virgin Mary nursing the infant Jesus, which became the basis for the shrine and the statue therein.

Pope Francis authorized the coronation, which involves the placing of a large crown atop the statue itself.

The Holy Father is sending Spain’s Cardinal Carlos Osoro Sierra as his papal legate. Serra will serve as the principal celebrant for the Coronation Mass, which will include a Marian consecration of the diocese.

St Augustine’s Bishop Felipe Estévez will celebrate Mass there the following day, October 11th, for the feast of Our Lady of La Leche.

The history behind the La Leche shrine stretches back to the 16th century. Menéndez and the other colonists had first arrived in the area in 1565, occasioning Spain’s Fr Francisco López de Mendoza Grajales, OFM celebrating the first Mass in North American history that same year.

The site of that moment, later becoming part of the Nombre de Dios Mission, is located just yards away from the La Leche shrine. (A large statue of Fr Grajales himself accentuates the mission grounds, which now doubles as a museum.)

Grajales and the explorers were accompanied by a number of free and roughly 50 enslaved Africans—some of the first Black Catholics in North America.

After Spain promised freedom to escaped British slaves willing to become Catholic (and enlist), the Black community there grew to the point that they were eventually sent to establish Fort Mose a few miles away—the first Black city in North America.

An annual re-enactment of the Spanish landing will be commemorated in a “Founder’s Day” celebration held tomorrow morning at 9am CT on the mission grounds, featuring the Historic Florida Militia’s Men of Menéndez, who specialize in such events.

(It is unclear whether the re-enactment will include any African Americans.)

Estévez will then say Mass at the mission’s rustic altar, and a grand procession as well as a group feast will follow.

The coronation ceremony in October will be livestreamed from the Cathedral Basilica of St Augustine—the oldest parish in America—and online for viewers at home.