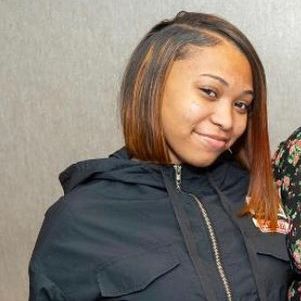 She was just 20 years old and was on break from Governors State University, where she studied for a degree in sociology.

“She was bold, articulate and fearless,” he said.

“How many young folk are we going to lose before this killing stops?”

According to police, Murphy was shot by an acquaintance in the West Pullman neighborhood of the South Side, following an argument occurring in a car. She was later pronounced dead at the scene.

Murphy had been a participant in St Sabina’s youth programs since her lower school days when she was involved in the church’s after-school programs, which help keep local youth off the streets.

The city and metro region has struggled with a gun violence epidemic for decades, and last year marked the city’s most violent in nearly 30 years, mostly affecting young Black men and bystanders (including scores of children).

Murphy herself, who lost several friends and relatives to gun violence during her childhood, survived a gunshot wound to the head as a 16-year-old in 2018, a collateral victim of a shooting while traveling to a barbecue.

She soon became a prominent voice in the youth movement against guns, speaking in a protest at the White House and lending her story to a 2019 amicus brief for the Supreme Court case NYSRPA v. NYC, which concerned gun laws in New York City.

That same year, she spoke at “Standing Our Holy Ground”, a faith-based event on the campus of Purdue University featuring youth advocates affected by gun violence.

The group co-hosted a peace march on New Year’s Eve alongside church members, Pfleger, Purpose Over Pain (a local group for parents of victims), and the nearby Lincoln Park Presbyterian Church.

Less than a week later, Murphy was gone.

“We've experienced a great loss of one of our leaders/peers,” said the B.R.A.V.E. organization on social media Thursday afternoon.

“She was loved by so many and spoke out for change with us… LaNiyah will NEVER just be another number in the count!”

A press conference concerning her death has been scheduled for today, January 7th, at 1pm CT on the premises of The Ark of St Sabina, the parish’s community center.

The event will feature a similar theme as the church’s press conference held on December 7th, exactly a month ago, which called the city to devote stronger efforts to solving gun violence cases, among other issues.

B.R.A.V.E. will also join members of St Sabina and Murphy’s family for a balloon release in honor of her life.