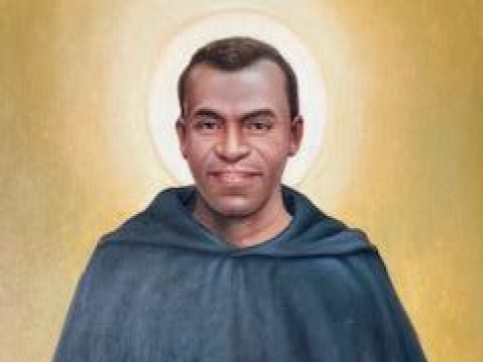 “What is this awesome mystery that is taking place within me? I can find no words to express it: my poor hand is unable to capture it. My intellect sees what has happened, but I cannot explain it. I can see, and wishes to explain, but can find no word that will suffice.”
—St. Symeon the New Theologian (949-1022)

God’s incarnate revelation has always been present and poetically described in different religious traditions. That presence extends to alleged apparitions. The Catholic Church holds and confirms some apparitions to be true and supports them as graces for the faithful. They range from some of the über-popular Marian apparitions like Lourdes to the lesser-known, somewhat bizarre appearances of Jesus to figures like Blessed Ursulina of Parma (1375-1410).

She saw Jesus walking around a church, seemingly looking for a place to sit. She offered him a place on her knees, to which he obliged, and afterward he bought her to a house where they had a discussion while drinking wine. One might say ‘Wow!’ to the earthiness of this scenario, yet this is often exactly what the mystery of the Incarnation entails. We see familiar, mundane settings conveying the divine. Indeed, much of Jesus' healing and teaching takes place outside the temple.

Although authentic faith is not served by signs and wonders and the faithful are encouraged not to seek this, the grace of ongoing revelation continues. St. John of the Cross emphasizes that God said everything he had to say in Jesus Christ—his one and only Son and Word. He further states that:

“Any person questioning God or desiring some vision or revelation would be guilty not only of foolish behavior but also of offending him, by not fixing his eyes entirely on Christ and by living with the desire for some other novelty.”

This caution serves as an admonishment for those who crave exotic religious experience in place of contemplative faith in the God who is everywhere in the subtleties of existence. Even so, though apparitions add nothing to the wisdom handed down in Scripture and are not necessary for a life of faith, they transpire nevertheless.

I myself had an apparition of St. Martin de Porres on July 11th, 2014, while attending a language professor convention in Panama City, Panama. Upon leaving a session, I had dashed toward the refreshments on the hotel mezzanine. Before I could reach for something to eat, I noticed a tall, dark-skinned man about forty feet away. He was standing, dressed in contemporary garb. His visual and corporeal intensity were perfectly aligned, accompanied by a surge of joy and peace.

I immediately intuited that he was St Martin.

He was not how I would have imagined him, nor how the many artistic paintings portray him. Instead, he was exactly how he is embodied in this world. He said everything without saying anything. He had come to pay me a visit, simply to announce he was near me. My whole body was taken into this secret cellular sighting, as a peaceful synthesis of face-to-face shared presence and inner experience silently collaborated.

After this mesmerizing sight, I was not able to focus on the rational themes of a language conference, nor was I able to sleep that night. Sequestered in my room, I skipped the entire second day of talks. Later in the evening, a knock on the door from a Jesuit colleague brought me out into the city for dinner. The setting was a Panamanian dinner dance club featuring local musicians. We were joined by other conference participants. Within ten minutes of my being seated, I noticed off in the distance the man who the previous day had stopped me in my tracks.

Through the food ordering process and the surrounding noise for the next hour and fifty minutes, I could not stop gazing at this man. Silently I intimated, “Wow, this really is Martin de Porres! I am having an apparition without a dramatic sanctimonious orchestra. There he is!”

His shaved facial features corresponded to earlier accounts of him. This was the Martin de Porres who was a barber, who had feasted on a grainy 15th/16th-century diet, producing a slim build. He was a man of about forty years of age with a full head of coarse hair along with a slightly receding hairline and medium-thick nose and lips. His overall facial features and dark skin showed his mixed Spanish and African parentage, the brown and gentle facial reflection of Christ.

Martin de Porres was seated facing me, drinking beer and seemingly listening to a friend. I didn’t notice him eating anything.

When the evening of entertainment was ending, I got up from my table and walked toward him. Given the strength of this mystical sighting, I would have regretted for the rest of my life not to make contact. When I reached him, he was now standing and welcoming my approach. In Spanish, I told him of my membership in the Dominican Order and that we have a Black saint who lived from 1579 to 1639. I stressed that this saint was him. He smiled, revealing to me that his identity had been discovered. He responded softly.

I asked could I take a picture and he again answered “Sí.” The encounter was awesome and divine.

Martin de Porres was born in a colonized and racialized Lima, Peru. He was canonized just 60 years ago. At his birth, he was assigned to the lower class of human dignity due to his out-of-wedlock birth and dark skin. Despite creative hagiographic accounts of his childhood, little to none of it can be verified. What is certain is that he became known as a man of God, revealed in his charitable response to all.

The Dominican Convent of the Holy Rosary, where he lived, was a huge edifice housing 300 friars. As such, lay help was essential. Martin de Porres was one of many such workers needed for the myriad tasks, from latrine cleaner to the medical dispensary manager and everything in between. Martin is said to have engaged in them all. He was a valuable worker, and his perceived holiness triggered the Dominican friars to accept him as a vowed member of their order.

This, of course, is not to say that the Dominicans were above the entrenched racist culture. Dominican historian Fr Augustine Thompson, OP stresses in his book “Dominican Brothers: Conversi, Lay, and Cooperator Friars” that though the Peruvian province did not officially ban the acceptance of African-descent men, it did not mean they weren’t racist. They were very obsessed with race and class distinctions.

Martin de Porres bore the customary title of “Brother,” but recent research attests to the fact that he lived instead as a lay member of the Dominicans. “Conventual” brothers such as myself live more tied to the semi-monastic horarium of the order, which Martin did not. Even so, his biographers convey a man who loved the order and its saints and lived to be one of them.

Of the many miraculous wonders associated with Martin, what remains after his death stirs the most curiosity and intrigue. For example, before my own personal experience, I had heard from individuals about his other earthly visits, along with the healing of certain ailments. I was skeptical. However, when I actually saw him, I was blown away.

I would say that I was ripe for the apparition. When I first heard of St. Martin at age ten, I immediately determined that being a Dominican brother was my vocation. Afterward, it was my ease with learning Spanish and love of animals that aligned me with some of the attributes he possessed. Martin has been like my twin or my shadow, although born several hundred years before me.

I would not blame someone who is skeptical about my apparition because of the questions it raises. I have them myself, but spiritual direction helps me to let go of the intellectualization and simply trust the experience as a massive joy attack. As with Mary, the Mother of Jesus, something was done unto me. I do not offer logic or theological reasoning other than to review my understanding of incarnation.

Dominican friar Edward Schillebeeckx, OP states in his treatment of apparitions that there is always a personal contact with the saint. Additionally, he states:

“[There is] always a living part of the total human psychology of the visionary. It is always mingled with the other elements which are already present in the seer's consciousness.”

They are never out-of-this-world experiences with special effects. Nor is the interior manifestation projected via desire or imagination. A good theology of incarnation would say that apparitions happen all the time when grace allows us to see, hear, and experience beyond the surface.

I realize that it’s bold to declare I had an apparition. Perhaps it’s my rational mind, my sense of unworthiness to have such a grace. I have at times overanalyzed the experience, drawing from the intellect to clarify. Yet this has preempted me from fully embracing the experience for what it was. I saw Martin de Porres as revealed to me by the Holy Spirit, not by my rational mind.

Pope Francis encouraged me when he recently said that our relationships with the saints are “not some kind of magic [or] superstition... it is simply talking to a brother, a sister, who is in the presence of God.”

Br Herman Johnson, OP is a Dominican religious brother in the Province of St. Martin de Porres. He is a teacher of Spanish at Xavier University of Louisiana. He holds master's degrees in theology and counseling and a doctorate in Spanish from Columbia University.