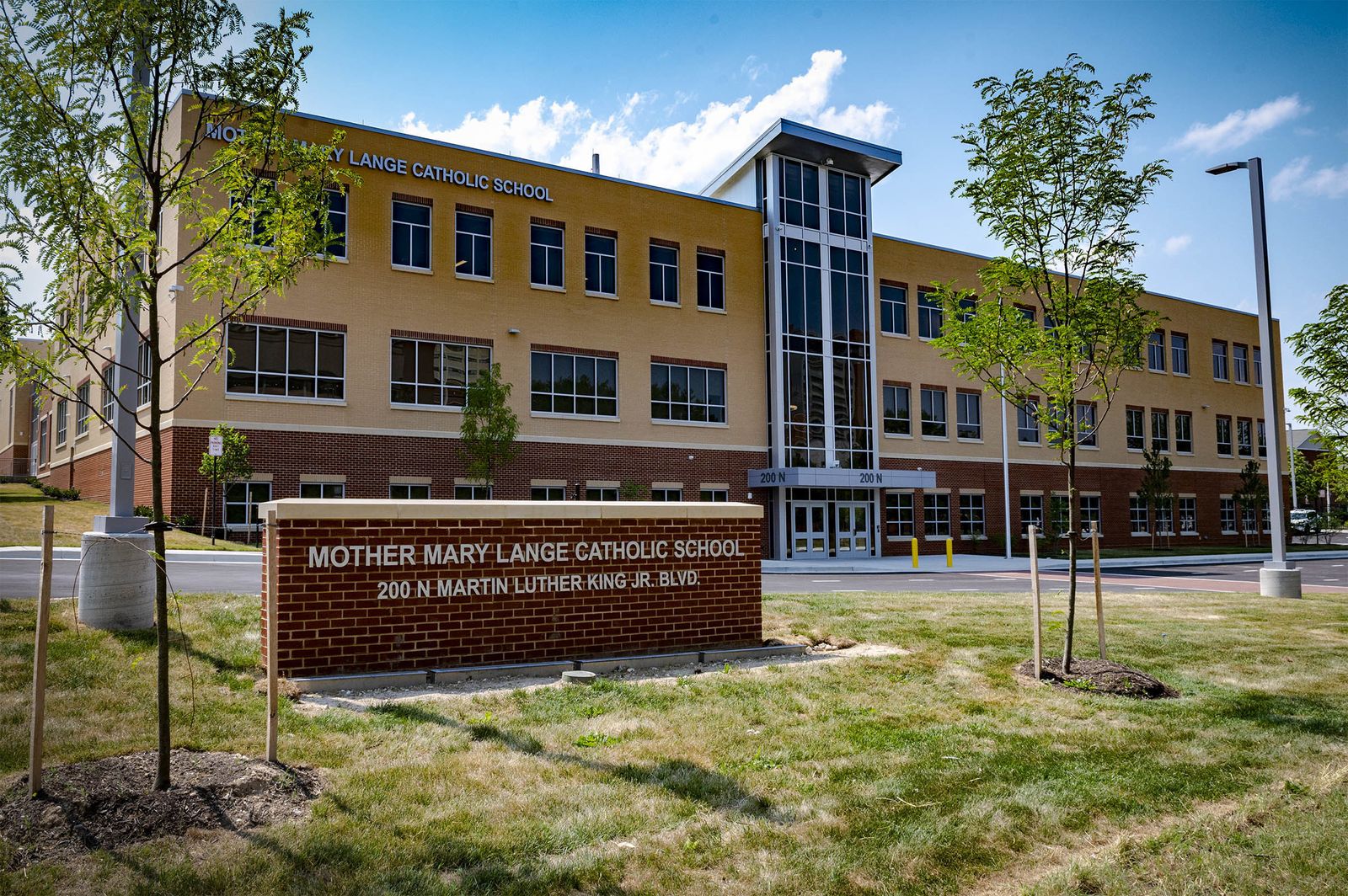 The new Mother Mary Lange Catholic School in downtown Baltimore is set for a ribbon-cutting and blessing ceremony on Friday, August 6th at 8am CST, the archdiocese has announced.

The event will be led by Baltimore’s Archbishop William Lori, along with various community leaders and government officials, according to a press release issued July 29th. It will also be livestreamed on Facebook and YouTube.

The news comes almost exactly a year since the hiring of the school’s principal, Dr. Alisha Jordan, and almost two years after the groundbreaking ceremony.

"This school will be more than a symbol of revitalization and rebirth for the area but also a resource for the community," said Lori.

"[It] will provide a safe, faith-filled, nurturing environment to develop talent and potential while providing a pathway to success for our youth."

The archdiocesan school, which will serve students from pre-K through 8th grade, was first announced in April 2018, touted by Lori as Baltimore’s first newly-built Catholic school in almost 60 years.

At that time, it was to be named after the late Cardinal William Keeler (who led the archdiocese from 1989 to 2007), but his legacy became subject to scandal—concerning the sex abuse crisis—just a few months later.

That September, new plans were announced to name the school after Baltimore’s own Servant of God Mary Lange—arguably the first-ever African-American nun, certainly the first such mother superior, and the co-founder of the Oblate Sisters of Providence, the nation’s first Black religious order.

In 1828, Lange also co-founded the city’s St Frances Academy, one of the oldest Black schools in the country. A Catholic high school still operated by the Oblates, it is located a little over a mile from MMLCS.

An archdiocese spokesperson told BCM that the Oblates' superior general, Sr Rita Michelle Proctor, OSP, is on the board of MMCLS and has been involved in the planning of the school "since the early stages", helping to ensure the staff are in tune with the charism of the school's namesake.

It is unclear, however, whether the Oblates will teach at the new school, which will welcome ~450 students from around the region when it opens for studies on August 30th.

More than $1M from the archdiocese’s Partners in Excellence Scholarship Program will offset tuition for the mostly non-Catholic student population—80+% of whom qualify for student aid.

"We are excited to open our doors and welcome our students to this amazing new school, providing a beacon of hope for every child who walks through its doors," said Jordan.

While the newest Catholic school building in town, MMLCS will not be the first school named in Lange's honor. That title goes to the Mother Mary Lange Catholic School formed in 2005, from a merger of three other Baltimore schools. That school was closed after just five years.

The Oblates have also announced that two sisters will make perpetual vows on August 13th in a private event at the motherhouse in Baltimore. A public celebration is scheduled for Sunday, August 15th at 9am CST at St Ambrose Catholic Church.

Meanwhile, Lange’s sainthood cause is currently under review in Rome, and the official guild recently submitted clarifications to its positio (the official argument for why she should be made a saint).