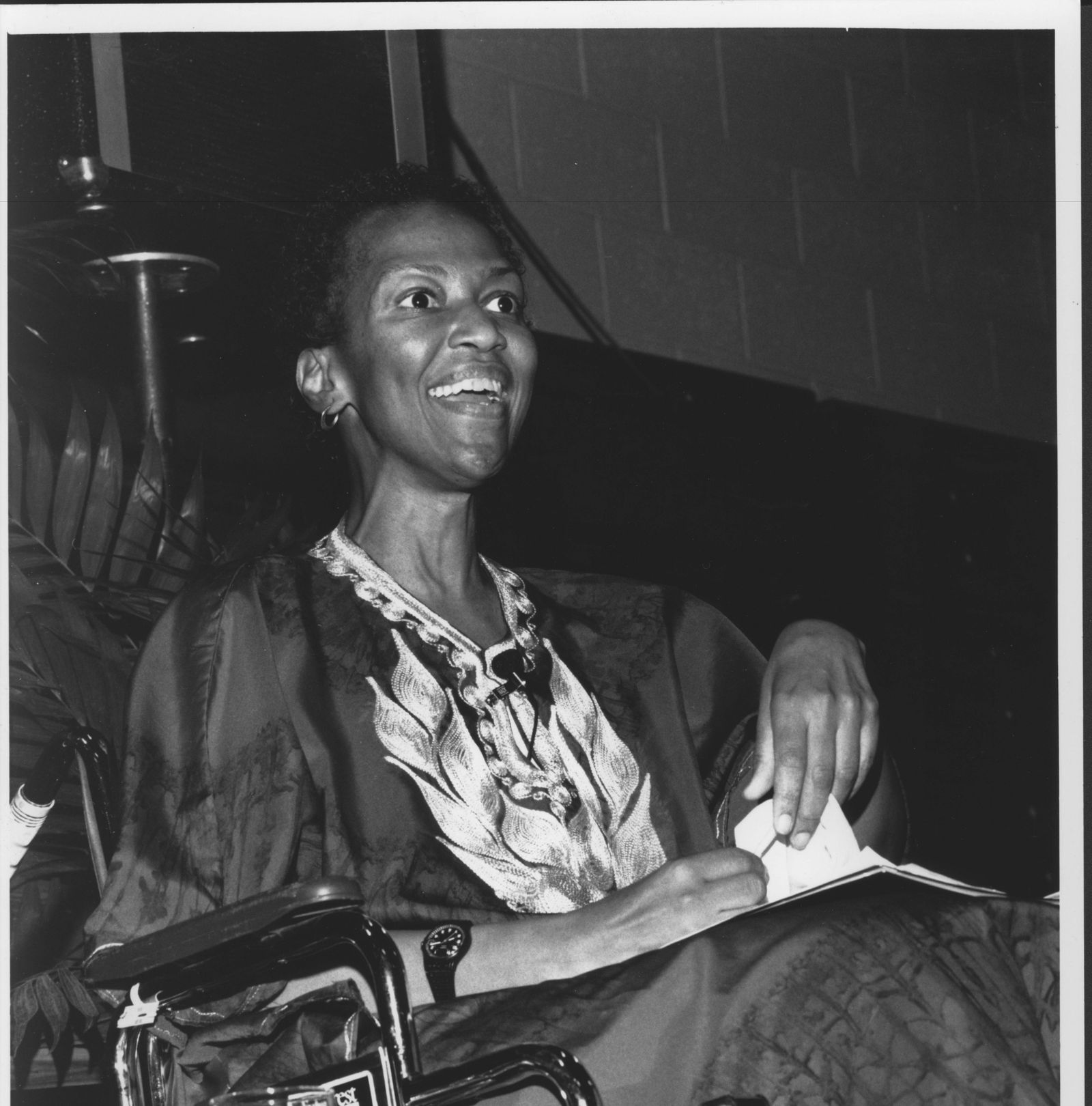 In 1989, Servant of God Sr. Dr. Thea Bowman, F.S.P.A., addressed the USSCB at their annual June meeting, explaining what it meant to be Black (specifically African American) and Catholic.

“That means I come to my church fully functioning. That doesn’t frighten you, does it? I bring myself, my black self. All that I am. All that I have. All that I hope to become. I bring my whole experience, my history, my culture. I bring my African American song and dance, gesture and movement, teaching and preaching and healing and responsibility, as a gift to the church.”

She ended her moving presentation by having the bishops stand hand-in-hand, singing the Negro Spiritual, “We Shall Overcome.”

Here we are, over 30 years later, and we as African-American Catholics—a distinct group from our African, Caribbean, and Hispanic brothers and sisters that identify as “Black” (many times all lumped together)—are still asking for the Church to see us as a “gift” and not a burden.

Looking at our history, we see that we have always had to fend for ourselves in various ways.

Our history, which is as old as the Church itself (and certainly as old as the establishment of the Church here in America), is constantly overlooked and not shared. Our ministries are constantly under-resourced or ignored. Our spirituality is constantly having to be defended as “authentically Catholic” by those who administer the litmus test.

We are a people of great faith and achievements, but being a youth or young adult (or campus minister) in the African-American Catholic community is difficult. We constantly have to fight to fit in with a church that sometimes treats us like we do not belong. There are 2 specific factors that I would like to focus on that create this dynamic of marginalization: racism and proximity.

Racism is commonly referred to as America’s original sin. Out of it came the dynamic of slavery, the effects of which are still felt today. It is this sin that makes it difficult to do youth ministry within the African American community.

In 2018, the USCCB released a pastoral letter entitled “Open Wide Our Hearts”, to address this sin and what the Church should do about it, and as a follow-up to the other pastorals on racism that they had written in the past.

Likewise, Fr. Bryan Massingale’s book Racial Justice & The Catholic Church powerfully illustrates the issues that divide us as a church today. Bishop Edward Braxton from the Diocese of Belleville also wrote 2 strong pastoral letters about racism that many of his brother bishops have shared widely as well.

It is through these documents that we—those of us that do not have to deal with the issue on a regular basis—are reminded that racism does not only occur outside of the Church, but it is a sin within the Church itself that we must address.

When we look at the history of our church in the United States, a Eurocentric model (worship styles, images that are used, languages that are spoken) is upheld as what should be the norm, but in an ever “browning” world, whether through immigration or births, there seems to be a backlash to anything that is not part of this norm.

Look at the leadership of our chanceries around the country. Are the decision makers representative of the people they are called to serve? When people are called to the table to address racist actions, are all called? Or does leadership only “welcome” those folks of color that go with the status quo and are seen as safe? Does our Church blackball those that challenge these norms and label them as “troublemakers?”

When we have large diocesan or national gatherings of youth and young adults, is the music that is played, the sacred images that are shown, and the speakers that are invited representative of the diversity of the church? Most of the times the answer is no.

And, to add insult to injury, many times faces of color are used as tokens to show diversity on brochures or marketing and not in the actual programming or decision-making process. It is through these (many times institutionalized) racist occurrences that the African American youth and young adult community does not feel included, and we are called to do our own thing with little to no support from the wider Church.

On April 2018, at their Spring meeting, the USCCB invited Bryan Stevenson, a famous criminal justice lawyer that gained recognition for leading the creating of the National Memorial for Peace and Justice—more commonly referred to as the Lynching Memorial—in Montgomery, AL, to address the body about racism as they were writing their Pastoral Letter.

During his address, Mr. Stevenson talked about several factors that cause racism to exist. One factor was proximity. Mr. Stevenson said the issues of racism persist in this country because people are not within proximity of each other. We still live in a segregated society.

Rev. Dr. Martin Luther King, Jr. said it best when he said the most segregated time in America is Sunday morning. This is very true of our Catholic parishes around the country.

To be clear, many single-culture parishes—specifically, African-American Catholic parishes—were created due to White racism. Black Catholics were not allowed to worship in predominantly-White parishes throughout the country.  Thank God for the religious orders that came in to build churches for and serve us.

Also, despite the recent rise in many “multicultural” parishes around the country, and the continued existence of many distinct cultural parishes, many White American Catholics still struggle to see that African-American Catholic worship is as “Catholic” as anyone else’s.

Bryan Stevenson said one way to combat racism is for those in leadership (bishops, diocesan leaders, Catholic event organizers, liturgists, etc.) to be in the authentic presence of others.

I remember that when we were trying to rebuild our New Orleans archdiocese following Hurricane Katrina, we had many Catholic groups visit my home parish, St. Peter Claver. These groups, most of whom were white and comprised of various age groups, were in awe at our gospel choir and the sacred art that reflected the people in the pews.

They were struck with preaching that touched on the social justice issues that our communities face. Many were very appreciative of being able to sit with and interact with youth who live the African-American Catholic experience. When they learned about our specific “right to life” issues that affect our communities (like mass incarceration, poverty, racism, poor education, and a lack of other resources), they understood that basic survival was something that many of our families struggle with.

Just as Bryan Stevenson suggested to the USCCB, it is when we are in proximity with one another we can truly see the dignity of another human despite our differences. It is in this “sharing of space” that we share our souls and live as one Body of Christ.

That is why it is important for those in power—specifically the White leaders, who predominate—to come into different cultural Catholic spaces so that they can learn about (but more importantly from) those cultural leaders.

When Sr. Thea began her talk with the bishops in 1989, she sang the Negro Spiritual, “Sometimes I Feel Like a Motherless Child.” In her presentation, she continued to share the gifts we as African-American Catholics bring to the Church, but also how the Church sometimes treats us as second-class Catholics because we tend to express our Catholicism differently.

As stated earlier, here we are over 30 years later and we as African-American Catholics are still asking the Church that we love to show us that it loves us back—not only when it is comfortable and affirms Eurocentric norms, but when it is challenging to truly be a welcoming Church for all.

We know how sometimes we have to “fight” certain diocesan officials to help them understand we are just as Catholic as other parishes.

We also have the challenge of helping our non-Catholic brothers and sisters understand why we remain Catholic. In 2019, we saw various African-American Catholic schools, parishes, and institutions close. We are seeing our youth ministries dwindling.

In conversations that are presently taking place between the USCCB and various HBCU Catholic campus ministers, we are seeing the disconnect between many of our young adults and the Catholic faith.

It was during a conversation with one of these campus ministers that the following questions were brought up:

These issues, and the pain caused by having these constant discussions, cause many of those doing the work to burn out or give up, but there is hope in the fact that our ancestors sacrificed much more so that we could persevere and prosper.

We have historical records, as well as stories passed down via word of mouth, detailing the disrespect they endured by the Church to keep the faith. So, who are we not to do the same? Yes, it is a challenge to lift up the next generation of African-American Catholic youth and young adult leadership, but it is a must.

Our Church has benefitted and continues to benefit from our gifts, but more work needs to be done so that our realities, needs, and worship experiences are seen as just as valid, and Catholic, as anyone else’s.

To truly be ONE, does not mean to be the same, but to be welcoming of all experiences and expressions of our Catholic faith.

Dr. Ansel Augustine is the Executive Director of Cultural Diversity & Outreach for the Archdiocese of Washington. He is also on the Faculty of the Institute for Black Catholic Studies at Xavier University of Louisiana (XULA), and has served on the board of directors for the National Catholic Young Adult Ministry Association (NCYAMA) and the National Federation of Catholic Youth Ministry (NFCYM). He is a highly sought-after speaker and has written numerous works related to ministry.