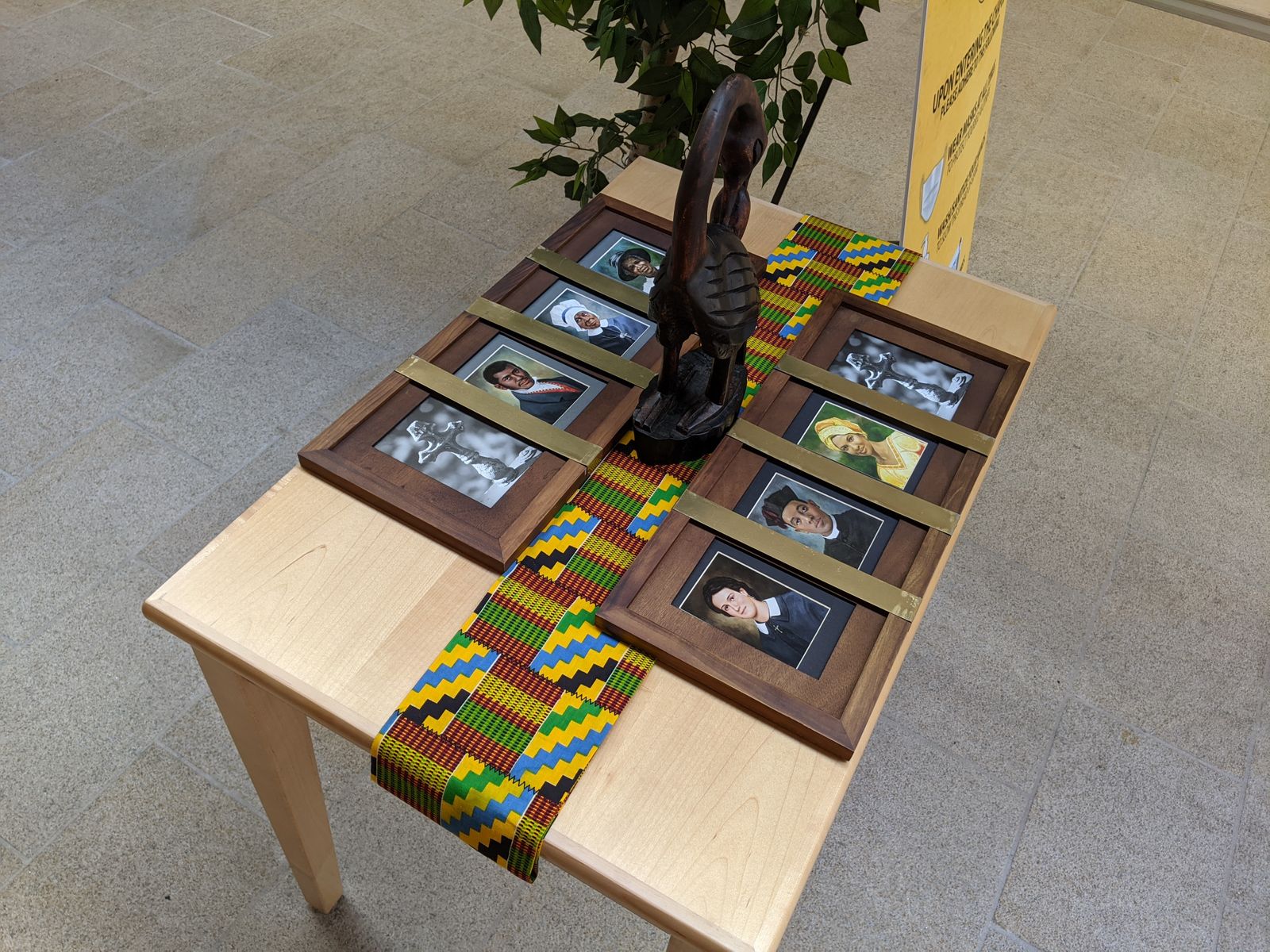 A few weeks ago, I was surprised but pleased to see that a new book would soon be published concerning the six African Americans on the path to sainthood—the "Saintly Six" or "#Venereblack", as I like to call them.

I was disappointed, however, to see that the book's Black contributors include Bishop Perry, who I've increasingly found to be a less-than-exemplary representative of Black Catholicism—despite his skin color, episcopal status, and position as postulator for the cause of Venerable Fr Augustus Tolton.

In fact, it seemed that each of the 4 Black contributors to the text are of a certain conservative slant—though I can hardly put a stamp of disapproval on the names of Fr Josh Johnson or Gloria Purvis, who often speak out on Black issues.

(The other Black contributor, Sr Josephine Garrett, I simply don't know much about.)

What surprised me most, however, was to see that the tweet's author, Michael Heinlein—the editor of the book itself, having written all 6 of the actual biographies therein—has my personal account blocked.

Though I didn't investigate it until today, it appears that the block originated from my response to an odd (or perhaps not so odd) tweet from him in October 2019 in response to a theologian defending Pope Francis.

At the same time, I realized that a "6 friends, 6 books" chain thread from April that I was tagged into was actually started by Heinlein.

I had responded to the thread anyway—eliciting a response from Fr Johnson, ironically enough—but I never attempted to discover the author or content of the original tweet. Until today.

Also included among Heinlein's crew was Elizabeth Scalia, an editor-at-large of Word on Fire—an outlet headed by Bishop Robert Barron, who has shown himself to be quite problematic on matters concerning Black America.

(It was through her circles that I was tagged into the thread, as I wrote a Black History Month piece for WoF this past January.)

Scalia is also one of the two White contributors to the Black saints book (not including Heinlein himself).

The other, Peter Jesserer Smith, writes for the EWTN conglomerate, which also has a dodgy track record with racism, as well as with disrespecting Pope Francis. Several of their employees were also listed by Heinlein as friends in his tweet.

Smith himself has increasingly struck me as rather exemplary on Black issues, but he seems an odd pick nevertheless for an actual book on Black Catholic saints—as does Scalia.

Last but not least, given his seeming hostility toward Biden (and general lockstep with the Republican Party), USCCB president Archbishop Gomez writing the foreword seems to be another misstep among many.

I am reminded of a meeting I had yesterday with the leader of the Tepeyac Leadership Initiative (a Catholic professionals organization out of Phoenix), which started with me, representing the Black Catholic Messenger, being asked about my opinions concerning Black Lives Matter.

The not-so-subtle implication, made clear after my response, was that a Black Catholic publication that speaks out on Black liberation must be interrogated on its faithfulness.

And although I gave an honest answer that apparently assuaged his fears—he just wanted to make sure we're "legit"—the line of questioning makes me feel more violated the more I think about it.

Is this the "Catholic" stand of those who call themselves leaders in the Church? Is mainstream Catholic media interested only in the most conservative or "safe" Black voices? Should Black Catholics accept that our stories are most often told by White voices, even in the year 2020?

note: Heinlein locked his Twitter account shortly after the publishing of this story. We will update his tweets with screenshots if necessary.