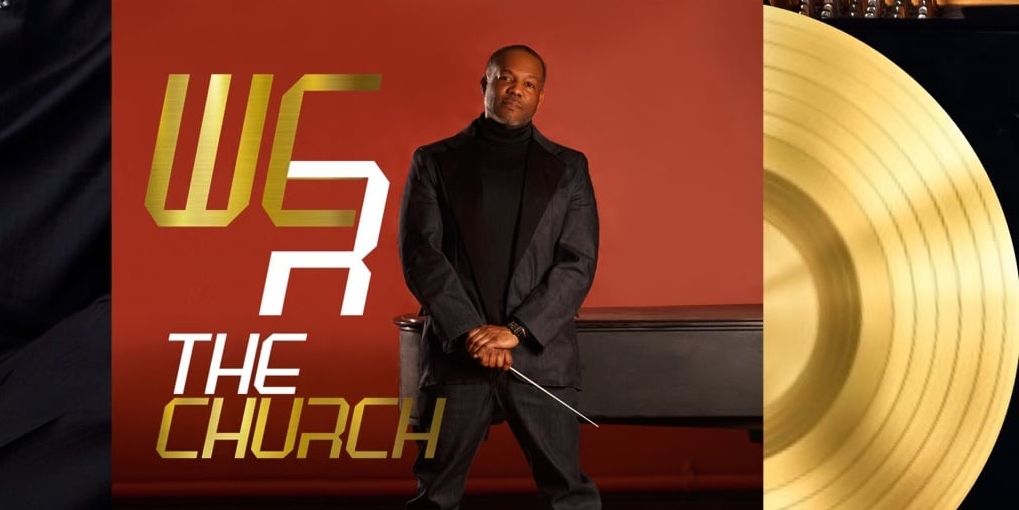 If you’ve been to a Gospel Mass in the past decade, you’ve probably heard his music.

In less than a week, you’ll have a chance to hear more.

M. Roger Holland II is back, hot on the heels of his being named to head Black Catholic music at GIA earlier this year. He is also well-occupied with his work at the University of Denver, where he heads The Spirituals Project (which is hosting a “Year of the Woman” webinar tomorrow and concert Saturday), and Kantorei choir, with which he's served as artist-in-residence since December.

His first record since 2017, a new single called “We R the Church”, is due next Tuesday, March 18th. He sat down recently with BCM to discuss the new cut.

Nate Tinner-Williams: Where did the lyrical inspiration come from?

M. Roger Holland II: The lyrical inspiration for the song came from the way many Church leaders responded to “doing church” within the context of the pandemic. I thought about how scripture describes and defines who we are as “the Church,” the body of Christ, the body of believers. I also considered who we are as the Black Church, and the things that make church “church” for us. Finally, I reflected theologically on what it means to be church within the context of the pandemic and how we might see God or find God in these difficult circumstances.

NTW: Where did the musical inspiration come from?

MRH: I think all inspiration comes from the Spirit, and that God speaks to us in ways and languages that we can understand. I usually start with melody. The opening melody in the verse is reminiscent of the spiritual “Standing in the Need of Prayer”. I also wanted something catchy and uptempo. I wouldn’t necessarily call this “uptempo,” but I think there is a moderate groove that I hope will move the listener. I also wanted the music to feel fresh and current and tried to push myself to hear in a fresh and contemporary way.

NTW: What impact do you hope the song will have?

MRH: I hope people will hear the lyrics and think about (or re-think) what it means to be the church, to do church, in the 21st century – in the midst of and post-pandemic.  I think this experience has forever changed us, like a 9/11-type event. I don’t think we’ll ever truly go back to the way things were pre-COVID.  I hope we will think about what it means to “gather” as the people of God in a new and creative way. I’m not suggesting that we don’t physically gather together and worship or fellowship. Rather, I hope that we are challenged to conceive of God in new and expanded ways, as God is beyond anything we might hope, conceive or imagine. Christian hip-hop artist Canton Jones sings a song called “Big” where he says we “serve a big God.” Maybe it’s time we open ourselves to what that means, and the limitless ways God can manifest Godself in our lives, and how we can and should expand the ways in which we not only worship God, but respond to the call of God and activity of God in the world.

Holland’s new release will be available on all major platforms.