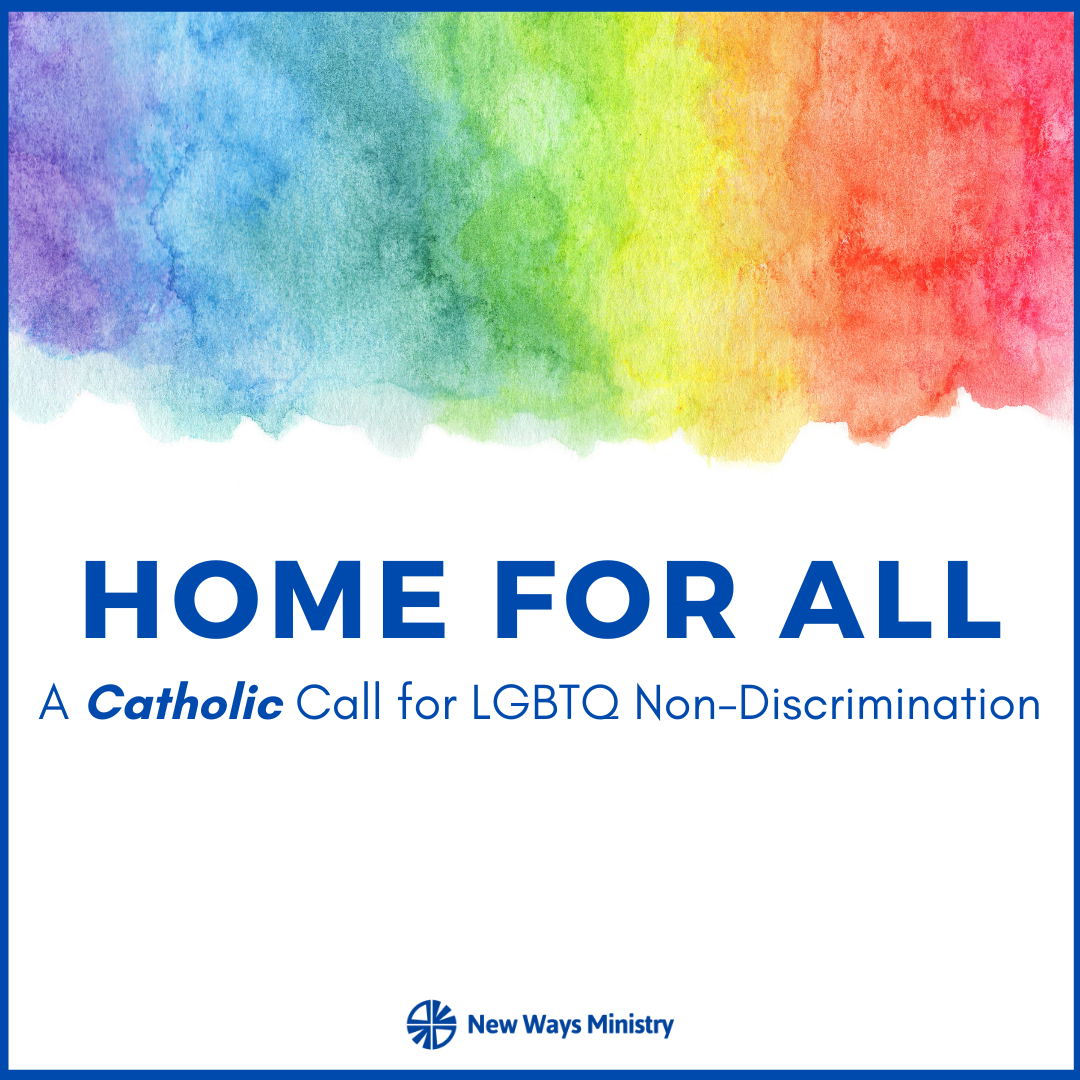 New Ways Ministry, the LGBT Catholic advocacy group out of Maryland, has released a new statement on non-discrimination, garnering over 250 signatures from prominent theologians, scholars, clergy, and authors from around the globe.

The document, entitled “A Home for All: A Catholic Call for LGBTQ Non-Discrimination”, was issued on August 9th alongside a press release detailing its contents.

It comes amidst the US Church hierarchy’s campaign against the Equality Act—which passed the House of Representatives in February but has received harsh criticism and legal opposition from the USCCB for its proposals concerning abortion, gender ideology, adoption, religious freedom, and free speech.

Though the NWM statement does not mention the Equality Act directly, it appears to be addressing the ongoing debate and controversy concerning it.

“...a vocal section of our church leaders too often does not fully consider Catholicism’s most fundamental teachings and values when taking positions on LGBTQ social policy initiatives,” the NWM statement reads.

“By supporting civic policies that promote discrimination and by opposing policies that would produce equality, these leaders bypass the Catholic Church’s proud social justice tradition.”

The statement also comes less than a month after the resignation of Msgr Jeffrey Burrill, the USCCB official whose use of an LGBT hookup app was the subject of a bombshell investigation by the Pillar published on July 20.

That piece has sparked a heated debate about privacy rights, but also about the nature of LGBT targeting and discrimination in modern society. It appears that the new NWM statement attempts to (indirectly) address that situation as well.

“Because LGBTQ people suffer from unjust discrimination due to structural inequalities in law and social institutions,” it says, “our Catholic faith compels us to speak out in support of the principle of non-discrimination.”

The statement quotes from a variety of Church documents, including Pope Francis’ “Fratelli Tutti”, Vatican II’s “Gaudium et Spes”, and a 1983 statement from the Washington State Catholic Conference, all in support of a perceived positive shift in the Church’s general attitude toward LGBT persons over the past several decades.

“This reorientation, begun at Vatican II and developed in theology and the magisterium over the past six decades, calls Catholics and all people of good will to be seekers of peace and doers of justice wherever inequities and suffering exist.”

A number of Black Catholics have appended their name to the statement, including Fr Bryan Massingale, a gay priest who was recently named Pax Christ’s 2021 Teacher of Peace Award recipient and whose work on LGBT issues has become renowned within progressive Catholic circles.

Dr. M. Shawn Copeland also signed, after headlining the Catholic Theological Society of America convention in June and ahead of her appearance at the Black Catholic Theological Symposium annual gathering in October. The second edition of her pro-LGBT text “Enfleshing Freedom: Body, Race, and Being” is due later this year.

Also among the signers was one Catholic bishop, the retired Thomas Gumbleton of Detroit.

Though many of the document’s signers and/or their organizations are notable for dissent from Catholic teaching—indeed, New Ways itself was banned from at least one archdiocese and has been censured by the USCCB and the Vatican—the statement itself is explicitly oriented away from that arena.

“What we are saying in this statement [is] relatively independent of that debate, and the endorsers of this statement may hold varied, and even opposing, opinions on sexual and gender matters,” the document says.

To that end, the organization is inviting additional endorsements and says a number of as-yet-unidentified Catholic publications will publish them in September—after which an educational pamphlet on the topic will be released.

“Whichever position you, the reader, may hold on sexual or gender ethics, we invite you to consider [this] theological reflection on the topic of non-discrimination with an open mind and an open heart.”