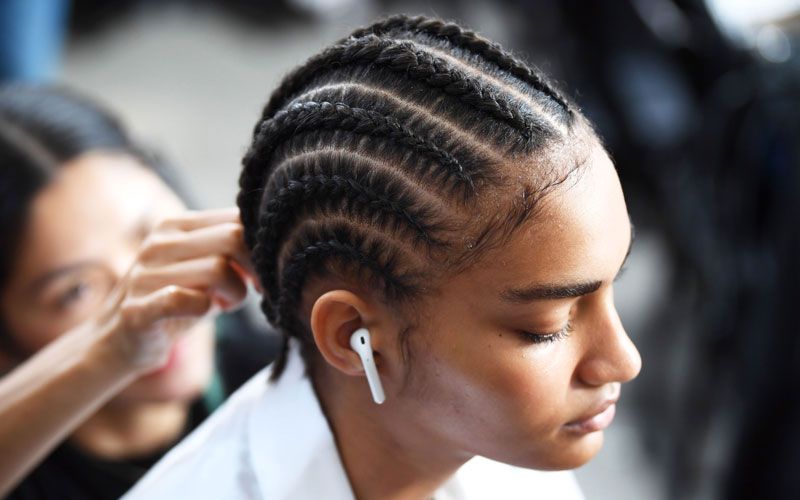 You might think that it has nothing to do with social issues like systemic racism. But time and again, it is the easiest way to measure whether or not Black people are free to be themselves in the communities they find themselves in.

While controversies flair around the nation about whether Black Catholics have true freedom to be Black and Catholic in the Church, a new scandal has arisen in a place that should be a beacon of that freedom: Providence St. Mel in Chicago, described as a “nearly all-Black pre-K through 12th-grade school.”

A four-year-old student there, Jett Nelson, had amazing braids that he asked his mother, Ida, for after seeing someone with a similar style. After proudly arriving at school with his new, strong look—the school called Ida and told her that Jett could not wear his hair that way at school. So she had to take his hair out of its braids.

While Ida reportedly understands the braids as emotionally and psychologically beneficial for her son’s sense of self-worth, the school responded that it was merely enforcing its dress code, which bans braids for boys. That dress code only allows “styled” hair in the form of afros or cropped hair.

This limited view of what is appropriate hair for Black people highlights an ongoing problem in America and, even within the Black community itself. Malcolm X famously addressed this issue with reference to the “conk” style hair he used to keep—and say others used to make Black hair conform to White respectability or beauty standards:

When discussing the various ways we tend to avoid expressing the African roots of our hair, Malcolm X mused “It makes you wonder if the Negro has completely lost his sense of identity, lost touch with himself.”

At the memorial rally held for Dr. Martin Luther King, Jr., the day after his assassination, an activist speaking at the rally in Central Park included her struggles with feeling loved and accepted, when riding the subway, because of how she kept her hair.

Not only was hair an important part of the Civil Rights discourse in the 1960s, but it has also been recognized now as a key way White Supremacy makes Whiteness seem like an objective standard. This attack is a direct assault on the well-being of Black people today.

Now, there is a movement to advance the acceptance of natural hair worn in traditional forms as “professional.” The movement has had mixed success. The New York City Civil Rights Commission has committed to protecting Black hairstyles from anti-Black bias, including, specifically: “locs, cornrows, twists, braids, Bantu knots, fades, Afros, and/or the right to keep hair in an uncut or untrimmed state.” Even the US Army has committed to greater protection against anti-Black prejudices, and has allowed soldiers to wear braids.

Despite this history, we now find a Black mother forced to undo her son’s braids at a school that claims it is focused on the success of its students. But can success simply be measured in the number of college admissions and college scholarships received? (Providence St. Mel is quite vocal about its recent 100% college acceptance rate.)

These are powerful achievements, necessary ones. But what happens to our culture and youth when the message received is that this path of success is only open to you if you are not too Black or African in your looks and style? If we are not teaching our youth that academic and business success cannot be coupled with Black liberation, are we just not teaching them that self-hatred is the price of success in America?

Four is a tender age to learn this lesson. I am praying mightily that Ms. Nelson is able to fight for her son and all the other Black boys at Providence St. Mel so that they can be free and successful in all their endeavors. But even if Ms. Nelson can succeed, her son has already experienced a bitter rejection of his Black self at the hands of people who say they want the best for Black youth.

Where will this young man feel safe?

This is not just a crisis at this one school, but a crisis in the Church. Black Catholic will vie for a seat in Congress next month