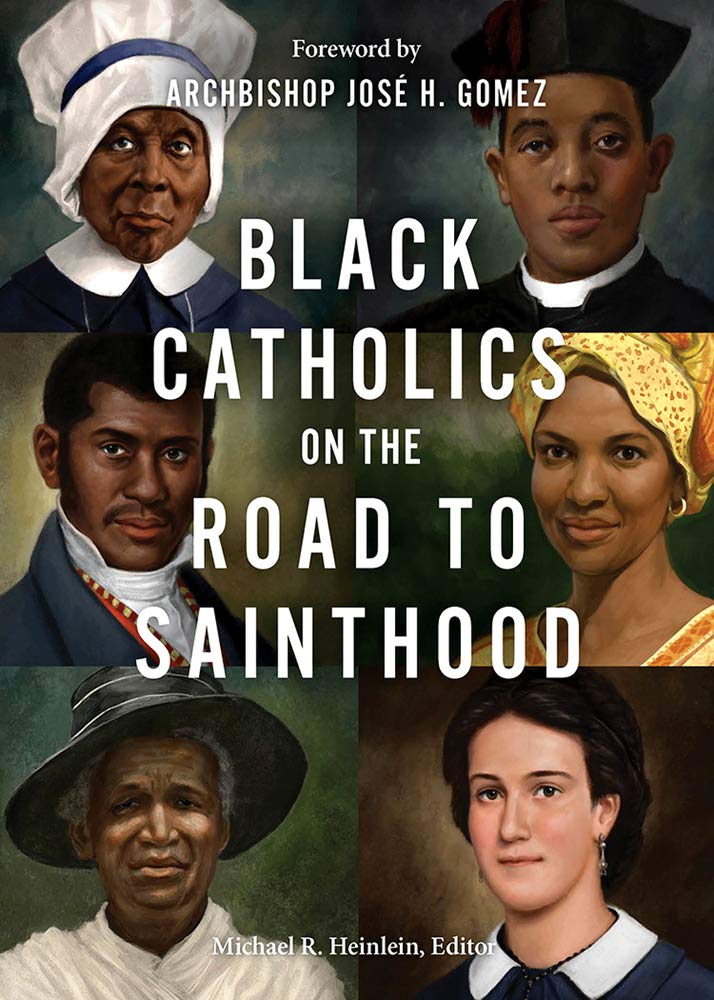 Review: 'Black Catholics on the Road to Sainthood' (part 1)

The new Black saints book from Our Sunday Visitor has arrived, with editor Michael Heinlein and his six contributors in tow. The 96-page effort concerns the six African Americans on the path to sainthood.

The book is organized into sections for each saint, including a biography penned by Heinlein and a reflection offered by a contributor.

These include Black Catholics Bishop Joseph Perry of Chicago (who is the postulator for the cause of Venerable Fr Augustus Tolton); Fr Joshua Johnson of Lafayette, Louisiana; Gloria Purvis out of DC; Sr Josephine Garrett of Tyler, Texas; and also two White Catholics, Elizabeth Scalia of Word on Fire and Peter Jesserer Smith of EWTN.

The introduction to the book is also penned by Heinlein, offering a rationale for the text, but also for its inclusion of White authors. (Whether this was a direct result of my critique of this fact—among others—back in December is anyone’s guess.)

Archbishop José Gomez of Los Angeles, president of the USCCB, wrote the foreword, and his archdiocesan newspaper promoted the book in a post last week.

Heinlein, using much of last week to simultaneously promote Gomez's political viewpoints and the book's Black Catholic endorsements, apparently seeks to be the bridge between a conservative White audience and some American saints they may be less familiar with.

The first figure covered is Venerable Pierre Toussaint, a Haitian-born New Yorker brought stateside by his enslavers before gaining freedom later in life upon the death of his last owner.

Heinlein’s bio focuses mostly on Toussaint’s general holiness, highlighting his relevance to all Catholics as a universal example of faith. ("He's not just for Black Catholics," being the unsaid saying.)

Alongside this framing, though, comes an interesting framing of the racial politics in his day.

"His early life as a slave had acquainted Toussaint with violence and political strife — both of which he was grateful to have the opportunity to avoid as a freedman living in pre-Civil War America."

Historical facts aside, it is not clear whether this is Heinlein's own musing, or a claim pulled from the Toussaint archives.

Curiously, there are no explicit references to Blackness or Whiteness in the bio. "Racism" also escapes specific mention entirely. (In fact, the noun "racist" does not appear in the entire book.)

Instead, Venerable Pierre's struggles are described vaguely and passively, as though specifics of African ancestry and racist White Americans were not involved at all.

“Born a slave…”
“Came to New York as property of the French Haitian Berard family…”
“great difficulties...”
“Carriages and street cars would not transport him because of his color.”
“Hardships he endured because of his race…”
“A man whose race once prevented him from entering the city’s [cathedral].”

But this would beg the question(s): What, then, is the real purpose of this book? To tell the true and unfettered stories of these Black saints, or rather to rehabilitate them for the prejudices of a specific audience?

The answer seems clear early on in the book, as a zinger of a quote from Cardinal John O’Connor is perhaps the most prominent note in Pierre’s entire biography:

Heinlein’s choice to highlight this quote about Toussaint speaks volumes—seemingly contrasting activism with not just Pierre, but sainthood (and freedom) itself.

Heinlein goes on to note that Toussaint almost left the US entirely for France, to escape how much it “cost him” to be Black in America.

While this kind of attitude from Toussaint is not fully explained in the text (or perhaps anywhere), he has certainly gained a reputation among some Black Catholics as a less than savory figure—though perhaps in the way he is presented by White Catholics moreso than his actual beliefs.

Indeed, the reflection on his significance is offered by Elizabeth Scalia, a White editor for Bishop Robert Barron’s Word on Fire publication. Therein, she attempts to absolve Toussaint from his reputation as an “Uncle Tom” (a quote actually used in her reflection), positing that such labelings arise from "cowardly self-interest".

Though the alleged "modernist" cowards are not explicitly specified, Scalia cites a 1992 article from the New York Times—the only citation, mind you, in the entire Toussaint section—in which a number of Black Catholic (and Black Catholic-adjacent) figures criticize Toussaint and/or the way they felt his life story was used by the hierarchy at the time.

"It calls out the sarcastic, 'Gee, thanks for finding us a hero' response."

The six saintly subjects aside, this new book seems to be more of the same.

Review of chapter 2, on Venerable Mother Henriette Delille, is up next.