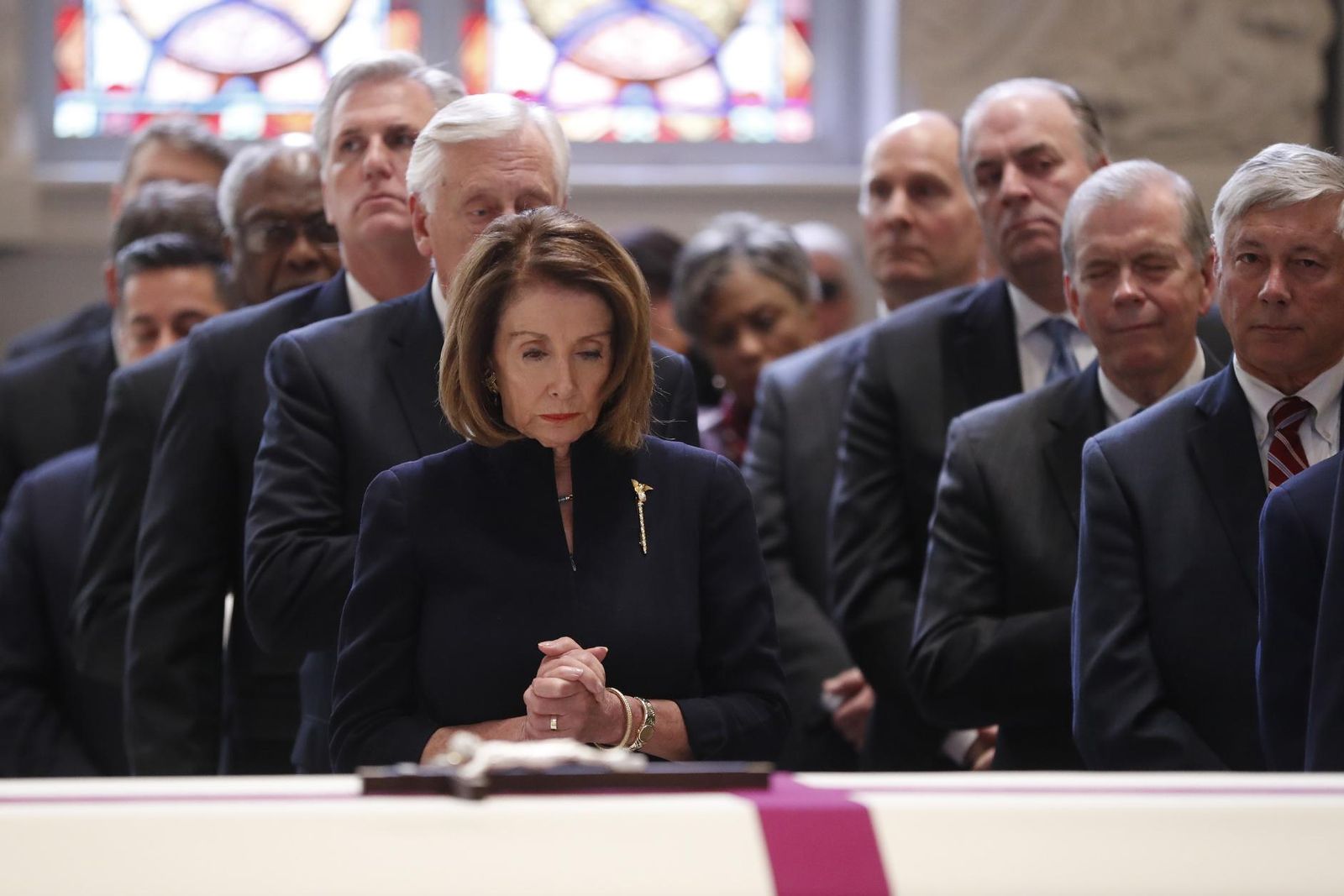 Pelosi not barred from Communion in DC, archdiocese says

WASHINGTON — The Archdiocese of Washington, headed by Cardinal Wilton Gregory, said this week that it has not instructed its priests to deny Communion to Rep. Nancy Pelosi—or “anyone”—following a ban in her home diocese from Archbishop Salvatore Cordileone of San Francisco over her support for abortion rights.

The news follows reports from media outlets in DC that the Speaker of the House received the Eucharist on Sunday at Holy Trinity Catholic Church in Georgetown, where President Joe Biden also attends.

“The actions of Archbishop Cordileone are his decision to make in the Archdiocese of San Francisco.”

Cordileone made headlines nationwide last week upon his announcement that Pelosi was banned from the Church’s chief sacrament, releasing a statement (and an interview with Gloria Purvis of America Magazine) explaining his reasoning.

He is one of several members of the US Conference of Catholic Bishops who spearheaded a plan last year to craft a “teaching document” on the Eucharist that was widely expected to instruct politicians—including Pelosi—not to present themselves for Communion unless they recant their pro-choice positions.

The plan, supported by a majority of the nation’s prelates—including USCCB president Archbishop José Gómez, who targeted Biden on abortion shortly after the latter’s election in November 2020—was effectively spiked in May 2021 by the Vatican, which called a laser focus on partisan issues “misleading”.

Gregory was reportedly a principal author among the 70-odd bishops who signed a letter to Gomez that same month, citing the Vatican directive and calling for more extended dialogue.

Pope Francis himself also spoke out on the need for pastoral sensitivity on the topic, and told journalists last Fall that he’s “never refused the Eucharist to anyone”.

Even so, Cordileone cited Pelosi’s increased advocacy in the wake of a recent Supreme Court leak portending the end of Roe v. Wade as his reason for implementing a ban of his own—and one clashing with his fellow archbishop in DC, where Pelosi lives for most of the year.

The new statement from the DC archdiocese notes an interview Gregory conducted with Crux in September—just two weeks after the pope’s aforementioned comments—in which the cardinal said he was “very grateful” for the Holy Father’s “extraordinarily helpful” insights.

Gregory has increasingly been the target of more conservative Catholics since his ascension to the nation’s most prominent see in 2019, in large part due to his stance on politics—including an irenic disposition toward notable Democrats.

Upon Biden’s election to the presidency, Gregory made waves when he stated that he would not deny him Communion over his abortion stance, stating that he didn’t want to enter dialogue “with a gun on the table first”.

Gregory has also long allied himself with fellow cardinals Blase Cupich of Chicago and Joseph Tobin, CSsR of Newark, both of whom signed onto the letter to Gomez (with Cupich as another principal author) and called the GOP-inspired USCCB document ill-considered.

The three are considered to be close confidants of Pope Francis, with the latter two being members of the Vatican committee that assists in selecting the nation’s new bishops.

Speaking out in support of Cordileone’s new action against Pelosi were a number of conservative prelates, including Archbishop Samuel Aquila of Denver—who last year joined Cordileone in criticizing the letter to Gomez—and at least 10 others, all of whom were instrumental in the recent USCCB machinations.

Pelosi herself spoke out on Cordileone this morning on MSNBC, saying that all involved must remain “prayerful” and “respectful”.

“I come from a largely pro-life Italian American Catholic family, so I respect people’s views about that, but I don’t respect us foisting it onto others,” she said.

“I wonder about the death penalty, which I’m opposed to. So is the Church, but they take no actions against people who may not share their view.”