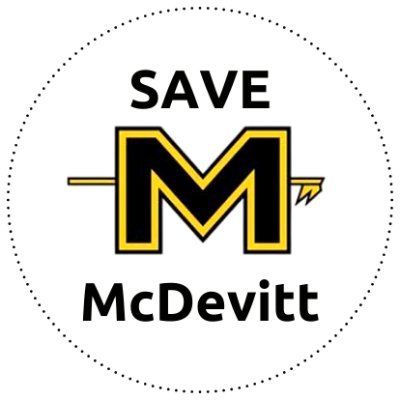 10 days before the Archdiocese of Philadelphia announced its “Commission on Racial Healing”, supporters of one of its majority-minority schools ended their fight to resist its closure.

News of the commission came from Archbishop Nelson Perez on MLK Day, January 18th, following similar commissions being created by Catholic bishops in other dioceses over the past several months.

On January 8, the Bishop McDevitt High School board of directors posted a statement in their public Facebook group, announcing their efforts to save the school had come to a close.

The McDevitt board’s plan of salvation was rejected by the archdiocese and FIF on December 21st, with the board having to “jump through hoops and beg them for [a] meeting,” according to one member. (A statement from the archdiocese claimed instead that Perez initiated the meeting.)

At that point, the board had amassed donation pledges of more than $400,000.

(The FIF website notes that its purpose is to avoid short-term fundraising stopgaps by addressing long-term viability. Their studies concerning the schools they manage have not been made public.)

McDevitt, founded in 1958, became a predominantly non-White in 2010 after another such school in the inner city, Cardinal Dougherty High, was closed in a similar manner.

“That started White flight of the suburban (aka White) families,” said Teresa Redmond, a McDevitt alum and president of the board, noting that the school is now “70% people of color.”

By 2020, enrollment had fallen to 40%, with a 46% increase in need-based financial assistance, according to FIF and the archdiocese. They also cited forecasts of continued enrollment declines and the impact of the COVID-19 pandemic.

The first post in the board’s Facebook group, creating 5 days after the archdiocesan announcement, explained that Arcadia University—with whom McDevitt entered a partnership in 2014—was not planning to purchase the school, suggesting that such a plan had been in view.

The board then organized a series of advocacy initiatives, including the fundraising drive, as well as prayer events, video testimonials from students, yard signs, and a protest. Local news covered their efforts, and a number of social media accounts supporting their activities also began to pop up in the following months.

Three other schools in the archdiocese are also closing this spring, including St Gabriel’s Hall, a diocesan educational outreach for troubled youth, and two all-girls institutions, St Basil’s Academy in Jenkintown and Hallahan High in Philadelphia—the first such diocesan high school in the nation.

St. John Neumann founded the country’s first diocesan school system in Philadelphia in the early 1850s. The irony was not lost on the McDevitt board, who organized a novena in his honor, pleading for his intercession last December to save their school.

His feast day arrived on January 5th. Three days later, having met on St. Neumann’s day to discuss their options, the McDevitt board announced their decision to end the “Save McDevitt” campaign.

Now, with the archdiocese’s mid-February deadline having passed for enrollment in other schools, McDevitt parents and supporters have banded together to fund events to close out their final school year at the facility, alongside a GoFundMe set up to help students transition elsewhere.

Redmond told me that students were not automatically enrolled in another archdiocesan school, nor were they given preferred admission at one.

“They aren’t providing a lot of support.”

As such, it’s no surprise that for at least some families, McDevitt’s fate marks the close of their interest in Catholic schools altogether.